Welcome to the NIF Newsletter

Welcome to Our Newsletter

Welcome to the inaugural issue of the National Interest Foundation’s newsletter! Every week, we will provide you with an overview of what’s going on around the world, with a focus on foreign relations, as well as domestic issues. We want to contribute to a more knowledgeable and thoughtful public policy debate, grounded in realism and an understanding of diplomacy. In this newsletter we will let you know about upcoming events and content from NIF, so you can become a part of the conversation yourself.

On May 9th, Acting Defense Secretary Patrick Shanahan outlined a plan to send up to 120,000 American troops to the Middle East, in response to demands from National Security Advisor John Bolton, according to the New York Times. This followed the sending of a carrier strike group to the Persian Gulf, in response to alleged Iranian threats, just a few days before. The deployment led Major General Christopher Ghika of the British Army, deputy commander Operation Inherent Resolve, the joint force to combat ISIS in Iraq and Syria, to make a public statement that there has not, in fact, been an increase in Iranian-backed forces. It is extremely unusual for the British military to make such a statement, but this speaks to the unusual circumstances surrounding this particular conflict. U.S. Central Command immediately issued a statement rebuking Maj. Gen. Ghika. President Trump denied that he was planning the troop deployment to the Iranian theater, but he added that he “absolutely” would do so, and in fact would like to send considerably more troops to send a message. This was then followed by the withdrawal of all non-essential State Department personnel from Iraq. All of these actions would mark the build-up to a war, intentional or non-intentional. Despite this, the president said, “I hope not,” in response to a reporter who asked if the U.S. was going to war, but it is not 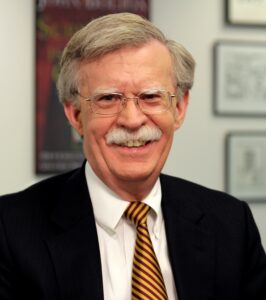 clear which policies within the White House will prevail. President Trump has expressed an interest in negotiating directly with the Iranians. According to new Ipsos/Reuters polling, the majority of Americans across party lines oppose a preemptive attack on Iranian military interests, even as just over a third think such a war is “somewhat likely” to happen within the next few years. All eyes are on the Gulf.

Tensions with China, which heightened with the tariff war with the United States, has brought other China-related issues to the fore. Senator Marco Rubio (R-FL) has led a bipartisan group of legislators who have called for sanctioning of Beijing in response to its oppression of its Muslim population. The Uighurs of East Turkestan (called Xinjiang by the PRC) live in an open-air prison with constant surveillance, and recent Department of Defense estimates suggest that over a quarter, some 3 million, up from an earlier 1 million– of their population are in concentration camps, where they are forced to eat pork, drink alcohol, and renounce Islam, while being made to recite Marxist slogans. Their indoctrination in Marxism is accompanied by forced labor. The Senators call for the application of the Magnitsky Acts, to sanction visas and freeze the assets of Chinese officials responsible for this gulag state. The repression of religion has not 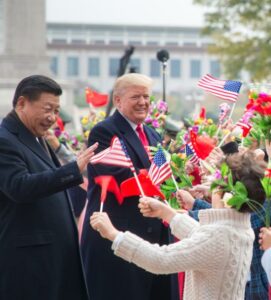 been limited to Uighurs, either. Christians and Muslims in more China have had their religion placed under direct state control, including a government body for “socialist” Islam and a government version of the Bible. Opponents of Chinese policy are not necessarily supporters of the Trump administration’s trade war approach, but they see the focus on China as critical. Indeed, some have expressed frustration that the trade war has hampered efforts at more direct responses to the PRC.

Venezuela is currently in the midst of the worst economic crisis outside of war since 1975. The country has been in recession since 2013 and its economy is set to shrink over 60% by the end of this year. The domestic crisis has been heightened by U.S. sanctions, and by this point gangs have taken control of rural areas due to the absence of law. It is this situation that perhaps explains two recent developments: the first, talks in Norway between representatives of President Nicolás Maduro’s regime and opposition leader Juan Guaidó. Guaidó has instructed his U.S. envoy to speak with the U.S. military and Southern Command, so it is difficult to see the new dialogue as the mark of détente versus revolution. The U.S. has recognized Guaidó as the legitimate “president” of Venezuela based on his interpretation of the country’s constitution, however even critics of the Maduro regime have argued that this interpretation does not carry weight. The move signals an interest in regime change, but it is unclear how the administration hopes to achieve this.

Immigration Reform is on the Agenda

President Trump announced the outline for an immigration plan on the 16th of May. The plan is focused on a shift to skills-based immigration from that of family-based immigration. It would also include increased border security. The two sections of the proposal seem to reflect Jared Kushner and Stephen Miller, respectively, reflecting a divide within the Oval Office. The skills-based component utilizes a point-based system like that of Canada and the United Kingdom, while maintaining current levels of immigration. It would also remove the per-country limits that are currently in the immigration system, however this would be accompanied by the elimination of almost every family category of immigration, which would include erasing the entire visa backlog for green cards. People who have been in line for years would have to reapply for permanent residency and to do so from the back of the line. The outline does not include any discussion of DACA recipients, and it is likely that this will be a key factor in the debate as it reaches Congress.  It is difficult to predict how the concept will perform in Congress. It has drawn backlash from some on the Right for not reducing legal immigrant intake, and the erasure of the backlog is likely to raise concerns across party lines. Democrats who are sympathetic to the proposal might still refuse to back it in the hopes of using the unresolved immigration policy as a talking point in the 2020 elections. Still, even if the legislation is dead on arrival, it may spark policy discussion that will prove productive in the longer term. 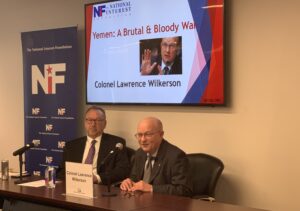 Colonel Lawrence Wilkerson, Distinguished Adjunct Professor of Government and Public
Policy at the College of William & Mary, at the National Interest Foundation.

Our most recent event, ‘Yemen: A Brutal & Bloody War’ featured Colonel Lawrence Wilkerson, former Chief of Staff to Secretary of State Colin Powell, for a discussion of the current conflict in Yemen and the history of American involvement in the Arabian peninsula. You can watch a recording of the event on YouTube (Part 1 and Part 2.)

On June 12th, we will be hosting Israeli human rights activist Jafar Farah, founder of the Mossawa Center, for ‘The Deal of the Century and Israeli Democracy’, a luncheon discussion. You will be able to RSVP on our website.

If you aren’t able to make it to this one, we host monthly policy forums and would love to have you at the next one. Our policy forums are streamed, so feel free to tune in online if you can’t make it in person.

We hope you enjoyed the first installment of the National Interest Foundation Newsletter! If you are interested in these and other issues, we look forward to sharing our articles and research, and to seeing you at our events. We aim to host the conversations that aren’t being had elsewhere in Washington.