Welcome to our NIF Newsletter. In this week’s headlines: The United Kingdom hosts the first in-person meeting of foreign ministers from the Group of Seven (G7) nations since the start of the COVID-19 pandemic, a recent Human Rights Watch report accuses Israel of apartheid over its discriminatory policies toward Palestinians, Indian Prime Minister Modi’s party loses big in a significant West Bengal election that is viewed as a referendum on their widely criticized governance during the ongoing health crisis, and embattled Israeli Prime Minister Netanyahu fails to form a new coalition government by the designated Tuesday deadline. 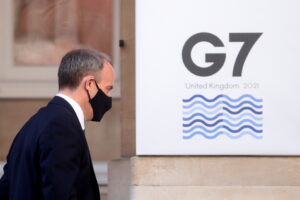 The first G7 meeting in two years is taking place this week in the United Kingdom. (Photo from Reuters)

This week, The United Kingdom is hosting the first in-person summit of G7 nations since the COVID-19 pandemic began. The United Kingdom currently holds the group’s rotating presidency, and has billed the summit as a chance for the West to reassert its influence amid growing tension with China and Russia. Issues such as climate change and recovery from the global health pandemic are major points of discussion, with several bilateral meetings between representatives also scheduled. Joining the G7 member states are representatives from non-members Australia, India, South Africa, and South Korea. Initial plans were temporarily derailed after several members from the Indian delegation tested positive for COVID-19 and were forced into quarantine. The summit will lay the groundwork for President Biden’s first scheduled trip abroad, which is a G7 meeting due to also be held in the United Kingdom in June. High on the agenda for the American delegation is re-establishing the United States’ presence on the international stage after the Trump administration observed a more isolationist foreign policy stance. 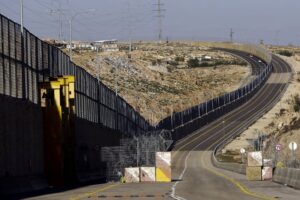 The Human Rights Watch report detailed the ways in which Israeli policies discriminate against Palestinians. (Photo from AP)

Leading international rights watchdog Human Rights Watch (HRW) released a long-anticipated report that formally accused Israel of crimes of apartheid over the country’s treatment of Palestinians. The 213-page report condemned Israel for discrimination through laws and policies that specifically favored Israeli Jews at the expense of Palestinians. It also argued that the Israeli regime’s behavior was largely due to its aim of maintaining Jewish Israeli control over land, government policy, and political power. Correspondingly, the implemented policies rise to the level of crimes against humanity because of the state-sponsored nature of the racial and ethnic discrimination. In addition to the Human Rights Watch report, the International Criminal Court (ICC) confirmed that it would be investigating allegations of war crimes in the illegally-occupied West Bank and Gaza Strip as Israel’s human rights record comes under increased scrutiny after years of maltreatment of Palestinians. 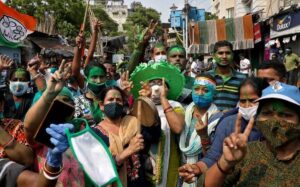 Mamata Banerjee, who is a prominent Modi critic, won her third term as Chief Minister of West Bengal. (Photo from Reuters)

Indian Prime Minister Narendra Modi’s Bharatiya Janata Party (BJP) suffered a decisive defeat in a key West Bengal state election, which has been viewed as a referendum on their widely condemned governance during the country’s ongoing health crisis. The state’s incumbent chief minister, Mamata Banerjee – a prominent Modi critic – was elected to her third term in office after her Trinamool Congress Party (TMC) won a two-thirds majority in the state assembly. Analysts have argued that the election results in West Bengal exhibit signs of voter backlash regarding Modi’s handling of India’s COVID-19 crisis, and the prime minister has been accused of prioritizing politics over the implementation of needed safety measures to curb the massive outbreak. Despite warnings in recent months from scientific and medical professionals of a potential second wave, Modi continued to address large rallies and the federal government remained reluctant to imposing a nationwide lockdown. As a result, India has seen a record surge in cases, and the electoral defeat suffered by Modi in West Bengal was by a larger than expected margin. 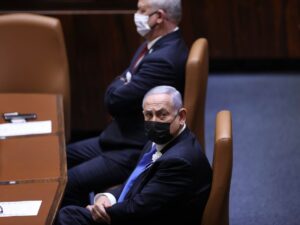 Netanyahu was unable to form a new coalition government by the deadline set for this week. (Photo from AP)

Embattled and criminally-indicted Israeli Prime Minister Benjamin Netanyahu has failed to form a new government, pushing the country closer to an unprecedented fifth successive election. Netanyahu was given a four-week period to form a governing coalition by President Reuven Rivlin, following Israel’s recent election in which his Likud Party won a slim majority. After Netanyahu’s failure, Rivlin has approached opposition leader Yair Lapid and provided him with a 28-day period to form a government. Should Lapid fail in this endeavor as well, Israel will be forced to call another election in a bid to break the longstanding political deadlock. Israel’s previous governing coalition collapsed after Netanyahu’s coalition partner, Benny Gantz, withdrew his support for the government over broken promises from the incumbent prime minister. Netanyahu’s failure to form a government throws his political future into doubt, particularly as he faces a serious and ongoing criminal corruption trial, with the possibility that his Likud Party could be forced into the opposition for the first time in twelve years.