Welcome to our NIF Newsletter. In this week’s headlines: President Biden delivers his first address to a joint session of Congress on the eve of his 100th day in office, the United States and others work to deploy medical equipment to India in an effort to help tackle their severe recent COVID-19 outbreak as the Modi government is accused of ignoring warnings regarding a potential new wave of cases, members of Israeli extremist group Lehava march in Jerusalem and engage in violence against local Palestinians and police officers, and a leaked interview from Iranian Foreign Minister Mohammad Javad Zarif criticizes the Revolutionary Guards’ influence on the country’s diplomacy. 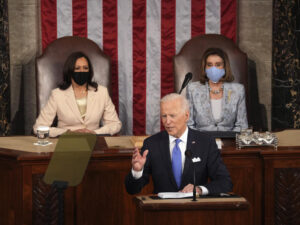 Biden outlined some of the progress made during his first 100 days in office as well as a slew of his administration’s policy priorities. (Photo from AP)

On the eve of his 100th day in office, President Biden delivered his first address to a joint session of Congress on Wednesday evening. The president spoke for a little over an hour and touched on a variety of issues including the ongoing vaccination drive against COVID-19, relations with China and Russia, the importance of ending the “forever” war in Afghanistan, advancements in education and family care, and other policy priorities to ensure that the United States continues to thrive in the 21st century. Biden highlighted some of the progress made since taking office in January, and laid out the vision for his administration’s infrastructure package, American Jobs Plan, and American Families Plan. President Biden also referenced his discussions with foreign leaders and his pledge that the United States was committed to both re-engaging in alliances around the world and showcasing the endurance of our democracy. Overall, the president struck an optimistic tone regarding the country’s prospects moving forward, and it remains to be seen how much of his ambitious agenda ultimately passes through Congress. 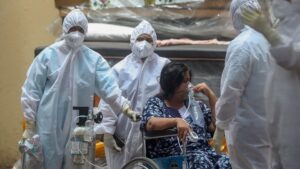 Several countries have pledged to support India as a second wave of COVID-19 breaks out there. (Photo from AFP)

As India deals with a severe COVID-19 outbreak, the United States and its partners have ramped up efforts to supply New Delhi with desperately needed medical equipment. Major Indian cities such as Delhi, Mumbai, Pune, and others have seen hospitals overrun in recent days, with medical facilities often lacking the required equipment to treat the sick. Beds, oxygen, and drugs such as Remdesivir are all desperately required, as infections and deaths continue to mount. India has reported over 18 million cases of COVID-19, with the recent second wave of the virus proving to be deadlier than the initial outbreak in the country. Many of the recent cases have been linked to “super-spreader” events such as political rallies held by Prime Minister Narendra Modi, and religious gatherings. The Indian government’s messaging on the virus has also fallen short of international standards, as Modi and his Bharatiya Janata Party prematurely proclaimed victory over the virus, and relaxed vital safety precautions such as mask-wearing and social distancing. Now, with infections and deaths reaching an all-time high in the country, President Biden, in tandem with authorities from Germany and the United Kingdom, has pledged to urgently send needed equipment to India. 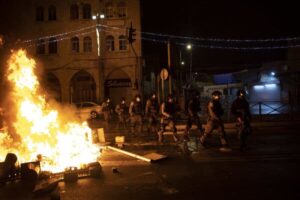 Late last week, several hundred members of the far-right Israeli extremist group Lehava marched through the streets of Jerusalem, shouting hateful slogans such as “Death to Arabs” as they attacked local Palestinians and their homes. The lawless culprits used social media platforms like WhatsApp to organize the night of terror, urging participants to bring weapons and assault as many people as possible. The Lehava members vandalized cars and threw stones at the windows of Palestinian houses in neighborhoods throughout the city. Impartial observers condemn the inflammatory rhetoric and provocations used by the participating group members to incite violence against the city’s Palestinian residents and police officers alike. In response to and opposition to the extremists’ shameful behavior, human rights activists organized pro-peace demonstrations over this past weekend in Jerusalem. The protesters spoke out against the harmful effect of the continued illegal Israeli occupation of the West Bank, and also expressed the need for tolerance and social justice in the face of the disturbing developments of the preceding days. 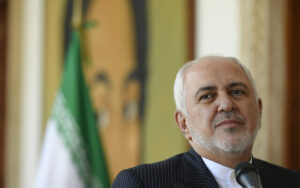 Zarif criticized the role of the country’s Revolutionary Guards in a leaked audio recording. (Photo from AP)

A leaked audio recording of Iranian Foreign Minister Mohammad Javad Zarif discussing the internal dynamics of Iran’s power structure has highlighted the uneasy working relationship between Iran’s Revolutionary Guards (IRGC) and the country’s top civilian leaders. The original recording comes from an interview that Zarif gave to state-sponsored media in Iran, but it was released by Farsi language media backed by Saudi Arabia. Iran has alleged that the recording was leaked for political purposes and urged people to listen to the entire 7-hour interview given by Zarif in order to understand the context. Among other subjects, Zarif discussed the IRGC undermining his foreign ministry in a variety of areas, which also highlights the extent to which the IRGC control Iran’s policy. The Iranian role in Syria, the downing of a Ukrainian passenger jet, and nuclear negotiations were all discussed by Zarif, in rarely candid fashion.