This week began with the final sessions of the G7 Summit, which included some last minute changes of direction by President Trump. With the end of August, Congress is set to return from its recess. And Hurricane Dorian has moved through the Caribbean with the strongest hurricane rainfall since 1935. It is set to hit Georgia and Florida, with several counties facing evacuation. 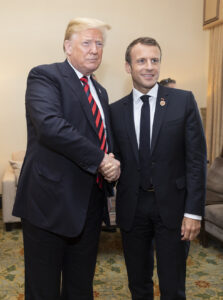 Despite a tense opening, by the end of the G7 Summit, President Trump took a conciliatory tone.

While the conference itself simply produced a short ‘consensus document’ that was uncontroversial, the president’s comments later on signaled that some action might be taken. Most notably, despite his continued criticism of the Obama administration’s Iran deal, President Trump said that “there’s a really good chance” that he would meet with the Iranian President Hassan Rouhani, following French President Emmanuel Macron’s suggestion to do so. Furthermore, despite Trump’s back-and-forth during the summit between seeming to regret the trade war with China and calling for its increase, the president said that he sees a deal with the Chinese as likely. While the summit as a whole did produce much in terms of novel policy objectives, Trump’s personal connection with Macron might spark a productive shift in international relations.

Bombing raids by the Emirati military struck Yemeni government targets. The UAE has been part of the Saudi-led coalition in the war, backing the government against Iran-backed Houthis, however a more recent fracture in the conflict has seen the rise of South Yemen secessionists who oppose the government as well. The UAE has armed these forces, led by the Southern Transitional Council. This split, following over four years of support by the UAE for the government, in alliance with Saudi Arabia, could signal much bigger regional shifts to come. 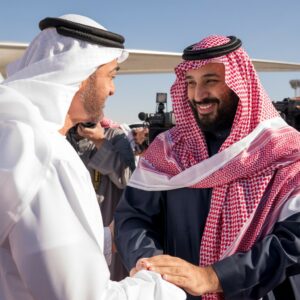 Last week’s newsletter explored the UAE’s expansion of its regional surveillance capabilities, which will allow it a starkly increased ability to keep tabs on Saudi Arabia. In response to the Yemeni government, the UAE issued a statement saying that its bombings were of “terrorist militias”– quite a way to describe a state force that it had been supporting for multiple years at this point. The immediate prospects for the coalition are not clear, but the shifting partnerships call for a close eye. The Yemen war has long been the world’s worst man-made humanitarian crisis, and the split of two major foreign backers is likely to make the internal conflict even worse.

The United States Department of State has removed 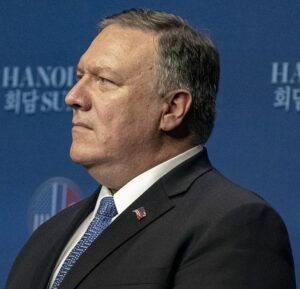 the Palestinian Territories from its list of Middle Eastern countries and regions. While this might by itself seem like a small change to the website without much in the way of policy implication, it does not occur in a vacuum. Asked in April, Secretary of State Mike Pompeo refused to affirm that the Trump administration backs a two-state solution for Israel and Palestine. Such a solution has been the official United States stance for decades, and has not hindered U.S.–Israeli relations, so this move by the present administration is a significant change.

It speaks to the Trump administration’s cultivation of hard-liners in Israel, in line with earlier moves this year such as the recognition of the Golan Heights as part of Israel, which is not internationally recognized. The Trump administration did issue the first part of its own “Peace Plan” this summer, but what was revealed amounted to a proposed investment package, with a supposed political solution to be announced in the autumn. Moves like this one by the State Department, however, raise questions about what it is the Trump administration envisions as a solution to the Mideast Conflict.

We’re excited to share with you our newest report, Dragon Rising: The Belt and Road Initiative and China’s Global Emergence by Aaron (Tinglan) Dai. It explores the implications of China’s flagship international-development policy, whose name invokes the historic trade route that connected East and West. Despite the name, this is a very different beast. Dai’s report is a must-read, drawing on historical and contemporary examples alike.