Welcome to our NIF Newsletter. This week, we recap Tuesday’s NIF Zoom event on the foreign policy priorities and prospects under the new Biden-Harris administration. Meanwhile, in our news headlines: two members of the U.S. House of Representatives announce the formation of the Egypt Human Rights Caucus to highlight concerns regarding grave human rights violations in the country and the 10th anniversary of the Egyptian uprising against Hosni Mubarak passes.

The National Interest Foundation hosted a Zoom panel discussion on Tuesday, January 26th to discuss the foreign policy priorities and prospects under the new Biden-Harris administration. The speakers at the event were Dr. Annelle Sheline, Research Fellow at the Quincy Institute for Responsible Statecraft; Dr. Abdullah Al-Shayji, Professor of Political Science at Kuwait University; Jim Moran, former U.S. Representative for Virginia’s 8th Congressional District; and Dr. Shibley Telhami, Director of the Critical Issues Poll at the University of Maryland and Nonresident Senior Fellow at the Brookings Institution. Moderating the panel was Khaled Saffuri, President at the National Interest Foundation.

Dr. Sheline began the discussion by emphasizing that the United States needs to re-assess its approach to the Middle East under the new Biden-Harris administration. In particular, she highlighted the Saudi-led military intervention in Yemen, which has had a devastating effect on the local civilian population, and the importance of the U.S. working to alleviate the conflict. Sheline recommended the U.S. signal to regimes like Saudi Arabia that maintaining a partnership is contingent upon the cessation of military aggression and that there is a need for a regional security apparatus to allow for better cooperation across the Middle East. Lastly, she also urged the new U.S. administration to strongly condemn the grave human rights abuses in the region that have emboldened and strengthened autocratic regimes’ grip on power.

Dr. Al-Shayji spoke next about how there are a lot of expectations regarding the new Biden-Harris administration’s foreign policy measures in the Middle East, especially because of the wreckage and lack of a comprehensive strategy under the previous Trump-Pence administration. He lamented the destructive transactional and “make it as you go” approach taken by Trump in the region, and the combative efforts to antagonize allies and adversaries alike. Al-Shayji remarked that the United States’ image around the world has taken a hit due to some of the actions of the past four years, and even Trump’s attempts himself to cast baseless doubt on the outcome of the recent U.S. presidential election. Thus, the Biden-Harris administration has its work cut out for it in order to repair much of the damage done by the previous president, both domestically and internationally.

In his remarks, former Congressman Jim Moran expressed that many of the autocratic leaders in the Middle East may have been drawn to the self-serving behavior of Trump because it resonated with their respective approaches to foreign policy as well. However, Moran was struck by the extent to which they attempted to help the former U.S. president get re-elected. He argued that the shift in policy between the Trump and Biden administrations will be even more profound than it was from the George W. Bush to the Obama administration. Moran outlined some of the ways in which the Biden-Harris administration will provide a different approach to Trump’s in the region, mainly when it comes to Israel-Palestine, Iran, and Egypt. He also drew attention to a few notable individuals in U.S. Congress who are likely to become major figures regarding Middle East foreign policy.

To conclude the panel’s comments, Dr. Telhami spoke about how the Middle East will not be the highest priority under the new Biden-Harris administration because of the variety of other concerns – largely domestic – that will be focused on and addressed first. He agreed with some of the previous panelists that Iran will be the issue which strategically propels the new administration to act due to the fear of being dragged into an unnecessary and damaging conflict with the regime there. With respect to the Israeli-Palestinian issue, Telhami stated that while there will be an improvement in the even-handedness of the United States’ approach compared to the one under Trump, positive advancements in the peace process will be challenging even with renewed dialogue with the Palestinians because of the slew of unjust policy reversals that were undertaken by the previous administration and the significant duration of time that has elapsed since then.

To watch the entire event, including the Q&A session following the panelists’ remarks, please click here. 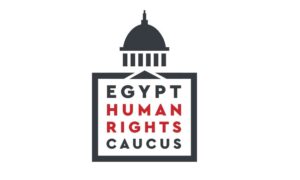 U.S. Representatives Beyer and Malinowski announced the formation of the caucus earlier this week. (Photo from Twitter)

Two Members of the U.S. House of Representatives Announce the Formation of the Egypt Human Rights Caucus

Two Democrats in the U.S. House of Representatives have formed the Egypt Human Rights Caucus in an effort to shed light on the growing human rights abuses in the country under the el-Sisi regime. Representatives Don Beyer and Tom Malinowski are creating the bloc in order to re-evaluate the United States’ relationship with Egypt. Both members of Congress acknowledge the strategic partnership between the United States and Egypt, but they are also highly critical of the Egyptian government’s actions to silence dissent, repress their citizens, and infringe upon inalienable rights. The announcement of the caucus’ creation comes on the 10th anniversary of the Egyptian uprising which ousted strongman leader Hosni Mubarak. International organizations have congratulated Beyer and Malinowski on the creation of their new caucus, and urged greater focus on the human rights situation in Egypt.

10th Anniversary of the Egyptian Uprising 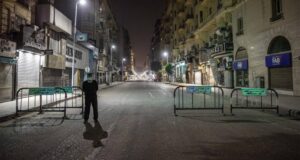 This week marked the 10-year anniversary of the Egyptian uprising against former leader Hosni Mubarak. (Photo from AP)

The 10th Anniversary of the Egyptian Uprising Against Hosni Mubarak Passes

Monday of this week marked the 10-year anniversary of the Egyptian uprising against longtime former leader Hosni Mubarak. On January 25th, 2011, thousands of Egyptians gathered at Tahrir Square in Cairo with several demands. Foremost among them, was the removal of Hosni Mubarak’s regime and a transition to democracy. The Egyptian people were successful, and a democratic government led by Mohamed Morsi came to power. However, this victory was short-lived as the Egyptian military, led by Abdel Fattah el-Sisi, overthrew the government and el-Sisi was installed as leader of the country. When the Mubarak government was overthrown a decade ago, Egyptians had hopes of democracy, freedom, and social justice but ten years on from the beginning of the uprising, the autocratic el-Sisi regime has brutally cracked down on dissent, basic human rights, political liberties, and the right to expression. Since coming to power, Abdel Fattah el-Sisi has initiated extremely high levels of repression that international rights groups call the harshest in decades.