Welcome to our NIF Newsletter. In this week’s headlines: Joe Biden is inaugurated as the 46th president of the United States, nationwide protests break out in the aftermath of the 10th anniversary of the Arab Spring uprising in Tunisia, Israel approves plans to build hundreds of new settler homes in the illegally-occupied West Bank during the final days of the Trump administration, and the United Nations announces that Libya talks have made progress towards a new transitional government for the lead-up to planned elections later this year in December.

Also, be sure to join us next Tuesday at 1pm for our NIF Zoom event regarding the foreign policy priorities and prospects under the new Biden-Harris administration. Our speakers include Dr. Abdullah Al-Shayji of Kuwait University, former CIA officer Bob Baer, Dr. Annelle Sheline of the Quincy Institute for Responsible Statecraft, and Dr. Shibley Telhami of the University of Maryland and Brookings Institution. You can read more about our distinguished panel and RSVP for the upcoming virtual event by clicking here.

Inauguration of Biden and Harris 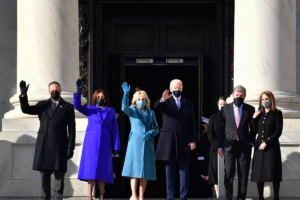 Biden is Inaugurated as the 46th President of the United States

Joe Biden officially became the 46th President of the United States when he was sworn into office at 12pm EST on Wednesday, January 20th. The 2020 election marked the third time Biden had run for president, having previously lost bids in 1988 and 2008, although he became the eventual Vice President during the latter. President Biden has made history by being the oldest person to win the presidency, at 78 years of age. His running mate, Vice President Kamala Harris, also made history by becoming the first woman, Asian-American, and African-American to hold the vice presidency. In his inaugural address, President Biden stressed the need to unite the country after four years of division, and he pledged to bring together Americans from all walks of life. Attention will now turn to President Biden’s legislative agenda, where he is expected to work toward passing coronavirus-related economic relief, immigration reform, and tackling domestic extremism, among others. 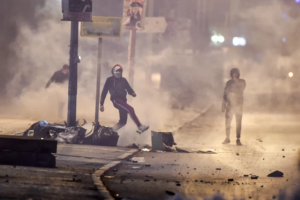 Mass protests erupted across the country which coincide with its anniversary of the Arab Spring uprising. (Photo from AFP)

Mass protests have erupted across Tunisia over anger toward the government’s handling of the COVID-19 pandemic and the economy. The Tunisian government announced a 4-day national lockdown to combat COVID-19 after a surge in cases. However, the lockdown came into effect on the emotional 10-year anniversary of the toppling of former dictator Zine El Abidine Ben Ali during the Arab Spring uprising. In the ten years since his ouster, Tunisia’s economy has struggled to substantially grow, and the country now finds itself in a worsening economic situation due to fallout from the ongoing global health pandemic. Tunisians are largely angry at the country’s stagnation since its transition out of autocracy and took to the streets to voice their displeasure with the government. The protests began in Tunis and quickly spread to other cities, including Bizerte, Sousse, and Mahdia. The demonstrations have largely been galvanized by young people who see their chances of prosperity being impeded by the country’s economic situation. 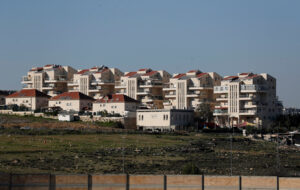 The Israeli government advanced the plans during the last days of the pro-settlement Trump administration. (Photo from Reuters)

This week, during the waning hours of the Trump administration, Israel approved plans to build hundreds of new settler homes in the illegally-occupied West Bank. The global community views Israeli settlements as a blatant and harmful violation of international law and as such, many countries and regional organizations from around the world condemned this latest move. Ultimately, Trump leaves behind a legacy of biased policies and actions regarding the Israeli-Palestinian conflict. His administration initiated a variety of one-sided moves unjustly in favor of right-wing forces in Israel including reversing the longstanding stance that Israeli settlements in the West Bank are illegal, voicing support for the plans to annex parts of the territory, moving the U.S. Embassy in Israel from Tel Aviv to Jerusalem, closing a Palestinian mission in Washington D.C., and halting aid for Palestinian refugees. In doing all of this, Trump overturned decades of U.S. foreign policy and alienated the Palestinians from the peace process. However, with the end of his presidency, analysts are hopeful that the new Biden administration will adopt a fairer approach towards the issue.

Latest on the Libya Talks 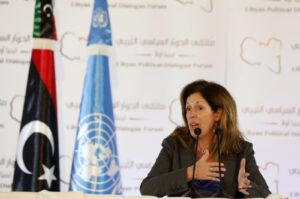 The transitional government would oversee the country during the run-up to planned elections later this year in December. (Photo from AP)

Earlier this week, Acting United Nations (UN) Libya envoy Stephanie Williams announced that the advisory committee of representatives for the country set up by the UN has proposed a way forward for choosing a transitional government. The entity would be tasked with leading Libya in the period until planned national elections, which have been scheduled for later this year in December 2021. Around two months ago, the United Nations invited a group of 75 Libyans to begin political dialogue following the October ceasefire between the country’s warring parties, the internationally-recognized Government of National Accord (GNA) and the Libyan National Army (LNA) led by renegade military commander Khalifa Haftar. The LNA had previously been engaged in a 14-month siege on the capital city of Tripoli, which was finally quelled by the GNA last summer in June 2020. The recent breakthrough in negotiations this past week was made by a smaller segment drawn from the 75-person committee, and thus the next step in the process will be for all members of the group to vote in the coming days regarding the agreed-upon mechanism.