This week culminated in the 2019 G7 Summit, which brought together world leaders from the Group of Seven (Canada, the United States, the United Kingdom, Italy, Japan, Germany, and France), a collection of seven of the largest advanced economies, in France. President Trump called for a sharp escalation of the trade war over Twitter, including a demand for a tariff hike and a demand for American companies to operate on his orders.

Following India’s August 5th revocation of Kashmiri’s autonomy and subsequent lockdown, the federal government’s occupation has grown more severe. The military has occupied the streets, firing pellet guns and tear gas at protesters and homes, which in some cases has led to suffocation of residents. The pellets, though not directly lethal, have caused life-changing disabilities. While the Indian government officially insists that Kashmir is in a stable, peaceful state, New York Times reporters in Kashmir have reported a dramatically different situation and captured it on video. (Such reporting could not arise locally, because the Indian government has forced a media blackout as part of the lockdown.) 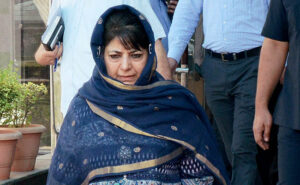 Mehbooba Mufti, Kashmir’s first female chief minister, has been among those rounded up by the Indian government. (Photo from BMN Network)

Federal military forces have seized at least 2,000 Kashmiris, ranging from teenaged protesters to schoolteachers to businessmen. Taken in the dark of night, they have not been allowed to communicate with their families or with lawyers, so their location is totally unknown. Critics have noted that this is illegal even under the extensive powers India grants itself in Kashmir under 1978 legislation. In fact, these arrests began even before the federal government officially revoked Kashmiri autonomy, and have included some prominent figures, such as anti-corruption activist Raja Muzaffar Bhat, businessman Mubeen Shah, and Shah Faesal (who was en route to a fellowship at Harvard when he was detained).  The Indian government insists that this authoritarian turn will improve governance and incentivize foreign investment– but the clear breakdown of the rule of law is having the opposite effect, with the imprisonment of local business leadership deterring their foreign partners. Ultimately, it seems that the Kashmir crackdown, which has little strategic explanation, is happening simply as part of the Hindu nationalist political project. Kashmir, as the single Muslim-majority state, is seen as a thorn in the eye of the ruling party and a barrier to a unified Hindu-ruled India.

This year’s G7 Summit was hosted by France, in the resort city of Biarritz. President Macron, as the host, chose the core themes of inequality and climate change. However, given the powers involved, foreign policy and trade were the big issues going into the summit. En route to the summit, British Prime Minister Boris Johnson openly criticized the U.S.–China trade war, tying it to the downturn in the global economy. 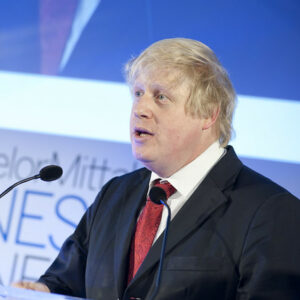 Boris Johnson, then-Mayor of London and now Prime Minister of the UK, speaks at an award ceremony. (Photo, cropped, from Financial Times used under CC BY 2.0 license)

In fact, at a conference with Johnson, President Trump admitted that

the escalated trade war has caused him “second thoughts about everything,” just hours after he demanded drastically higher tariffs via Twitter. The administration quickly backtracked on the president’s admitted regrets, not least because the other attendees of the G7 summit universally criticized the trade war for hurting their economies. Indeed, Johnson placed the necessity for trade in peace terms. Despite the reversal, President Trump did hint at trade discussion with China and Japan, and said that he was not committed to a course of action with regard to his attempt to order the behavior of American businesses. 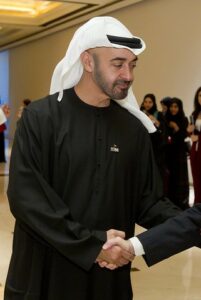 In a secretive deal amounting to almost $1 billion dollars, the United Arab Emirates has acquired advanced surveillance aircraft from an Israeli firm. The deal is nearly a decade in the making, and signals that the UAE wants to run its intelligence operation independent of the intelligence provided by U.S. intelligence. The deal passes through several buffers, including what seem to be shell companies run by parts of the Emirati royal family, and the jets themselves are registered offshore like business jets despite the advanced surveillance equipment within. The jets will also increase the ability for the UAE to spy on regional allies such as Saudi Arabia.

Despite the lack of formal diplomatic relations, in recent years, Israel, the Kingdom of Saudi Arabia, and the United Arab Emirates have developed a strong intelligence-sharing apparatus as well as off-the-books trade. The countries share a regional rivalry with Iran, and have a stake in proxy wars in the region along those lines, most notably in Yemen.

The National Interest Foundation has an upcoming foreign policy conference this fall. We’re excited to feature a line up of experts across a variety of foreign policy fields, and to host a real discussion of these contentious issues, rather than just a reflection of political consensus. We can’t wait to share details with you in this newsletter, soon! Thank you once again for reading this week.