Welcome to our NIF Newsletter. In this week’s headlines: pro-Trump rioters and insurrectionists violently storm the United States Capitol, a Saudi-led coalition signs a Gulf reconciliation deal agreeing to ease its political dispute with Qatar, the balance of the United States Senate hinges on two critical runoff elections in Georgia with Democrats poised to take back control of the upper chamber of Congress, Israeli prosecutors file an amended indictment laying out detailed charges in the criminal corruption case against Prime Minister Netanyahu, and outgoing President Trump faces widespread criticism for his efforts to pressure Georgia’s top election official into overturning Biden’s win in the state.

Attack on the U.S. Capitol 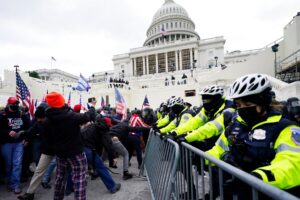 A violent mob of pro-Trump insurrectionists attacked the U.S. Capitol in a disgraceful attempt to overturn a free and fair election. (Photo from AP)

In an unprecedented act of insurrection, pro-Trump rioters violently stormed the United States Capitol in what amounted to the gravest attack on the country’s legislative building since the War of 1812. On Wednesday, January 6th, lawmakers assembled in the Capitol to confirm President-elect Biden’s victory in the November election. However, President Trump had incited tens of thousands of his supporters to descend upon Washington D.C. to protest the fantasy of a “stolen election.” In the early afternoon, some rioters disgracefully stormed the Capitol, overwhelming outnumbered police officers and forcing lawmakers and the Vice President to abruptly halt the counting of electoral votes in order to take shelter in undisclosed locations throughout the building. Dozens of rioters were arrested, and one was killed as a result of their actions. In the end, and despite the best efforts of President Trump and some of his supporters, democracy prevailed as members of Congress certified President-elect Biden’s victory in the early hours of Thursday morning. 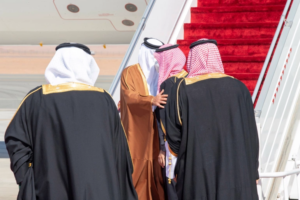 Gulf states agreed to resume diplomatic ties, easing an over three-year dispute in the region. (Photo from Reuters)

This week, feuding nations in the Gulf took the first steps toward ending the crisis in the region as Saudi Arabia, Egypt, the United Arab Emirates, and Bahrain signed a reconciliation deal agreeing to end their political ostracization of Qatar. The four aforementioned countries have lifted their boycott of Qatar, and in return Doha agreed to pause all legal action against them. Around three and a half years ago, in June of 2017, Saudi Arabia led an effort to isolate Qatar over the country’s alleged ties to terrorist organizations and Iran. Qatar strongly denied those accusations and began legal proceedings against the other countries at international institutions such as the World Trade Organization. The coalition of states working against Qatar said that they would ease their embargo if Doha complied with a list of 13 demands. However, this was rejected outright, and Qatar strengthened its relationship with other countries such as Turkey and Pakistan in the absence of their Gulf neighbors. Now, with this week’s latest development at the Gulf Cooperation Council in Al-Ula, Saudi Arabia, the embargo of Qatar is set to come to a conclusion as the countries involved agreed to resume normal relations. 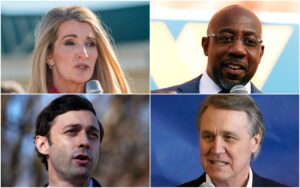 In the two runoffs, Republican incumbents Loeffler and Perdue faced off against Democratic challengers Warnock and Ossoff, respectively. (Photo from AP)

Democrats are set to regain control of the United States Senate after winning both runoff elections in Georgia this week. Both Democratic challengers Raphael Warnock and Jon Ossoff defeated Republican incumbents Kelly Loeffler and David Perdue in the two respective Senate races. With these outcomes, the upper chamber of Congress will now have a 50-50 balance between Democrats and Republicans, with the former holding the majority due to the incoming Democratic Biden-Harris presidential administration – which will result in Vice President-elect Kamala Harris becoming the tiebreaking vote in the United States Senate. The implications of the runoff elections at the federal level are extremely significant because they give Democrats a government trifecta: control of the presidency, Senate, and House. The country had been fixated on the critical races in the state of Georgia for the past two months since the November election, leading to record-breaking fundraising numbers. The magnitude of these Senate runoffs became clear during this time, and therefore unsurprisingly, there was a major national focus on how the races would play out. 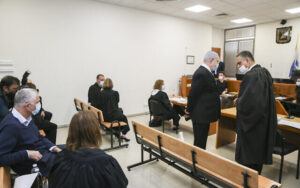 Netanyahu’s trial is scheduled to resume next month in February 2021. (Photo from AP)

Earlier this week, Israeli prosecutors filed an amended indictment highlighting detailed charges against embattled Prime Minister Benjamin Netanyahu in the criminal corruption case against him. Netanyahu has been charged with fraud, breach of trust, and accepting bribes in multiple different corruption cases. Responding to a request from Netanyahu’s lawyers for additional information, the prosecutors released a letter outlining hundreds of incidents of criminal behavior including efforts to influence the type of media coverage for Netanyahu and his rivals in exchange for bribes. The prime minister is accused of trading favors with an influential media mogul to promote positive coverage of himself and conversely, negative coverage of his political opponents. Netanyahu’s trial began last year and is slated to resume next month in February 2021, with several former close associates expected to testify against him. While previous top Israeli officials have been criminally convicted after leaving office, Netanyahu is the first sitting prime minister to be charged and tried in court. 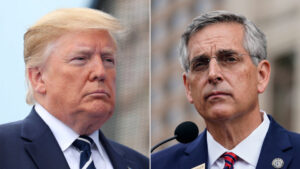 In damning audio obtained by the Washington Post, President Trump is heard pressuring Georgia’s Secretary of State to overturn the results of the election in his state. In a call between the two, the president can be heard telling Secretary Brad Raffensperger he should “find” the votes needed to change the outcome of the presidential race in Georgia. Outgoing President Trump has frequently and baselessly attacked the character and integrity of Georgia’s election officials, deludedly believing that rampant fraud and voting irregularities occurred during the November election. Georgia has conducted three separate recounts, none of which have uncovered the fraud that the president claims occurred. Additionally, a signature matching audit determined that 99.9% of ballots were accurate. Both Congress and the Electoral College have certified President-elect Biden’s victory in the presidential election, following the defeat of dozens of lawsuits filed by the Trump campaign and its allies.