Welcome to our NIF Newsletter. In this week’s headlines: Morocco controversially agrees to normalize relations with Israel in exchange for the United States recognizing its sovereignty over the Western Sahara, the Electoral College meets to certify the results from President-elect Biden’s victory in last month’s election, the United States officially removes Sudan from the list of state sponsors of terrorism, and several U.S. federal agencies are hacked by entities tied to the Russian government. 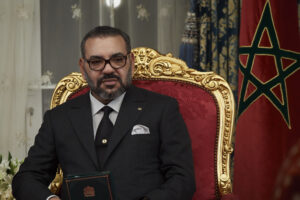 Like other Arab nations, most Moroccans oppose normalization without fair Israeli concessions to the Palestinians. (Photo from Getty Images)

Morocco Controversially Normalizes Relations with Israel in Exchange for the U.S. Recognizing Its Sovereignty Over the Western Sahara

Morocco has controversially agreed to normalize its relations with Israel in exchange for U.S. recognition of its sovereignty over the Western Sahara, after President Trump announced the United States would break from international norm to do so. Western Sahara’s population of roughly 400,000 people have long fought for independence and the international community has refrained from recognizing Morocco’s claim to sovereignty there. Thus, foreign policy analysts lament that the Trump administration used the move as a tool to coerce Morocco into normalization, similarly to the type of strategy that was also utilized to broker the recent agreement between Sudan and Israel. Like other Arab nations, the majority of Moroccans oppose normalization without fair Israeli concessions to the Palestinians. As such, in the immediate aftermath of the deal being announced, thousands of Moroccans descended on parliament in Rabat to protest. 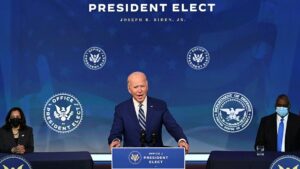 Members of the Electoral College in all 50 states met on Monday to officially certify President-elect Joe Biden and Vice President-elect Kamala Harris’ victory in the 2020 Election. All of the electors voted in accordance with the outcome of the presidential race in their state, despite calls from President Trump and some allies for state legislatures to intervene and prevent Biden’s victory from becoming official. The next step in the process will occur next month when the Electoral College votes are sent to Congress to be formally counted. President-elect Biden has already met and exceeded the 270-vote tally that will see him take over the White House in about a month’s time on January 20th, and Congress’ counting of the votes is a mere formality. A group of House Republicans have said that they will seek to delay the process and force a floor debate over what they believe are “irregularities” in the election, however, courts across the country have consistently ruled against the baseless claims of voter fraud floated by outgoing President Trump and his campaign. 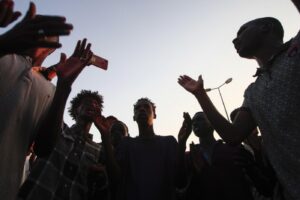 Sudan has long sought its removal from the list so that it can reconnect with the international community. (Photo from AFP)

The United States has officially delisted Sudan from its list of state sponsors of terrorism after 27 years. Sudan was originally placed on the list by President Clinton in 1993 due to the Sudanese government under despot Omar al-Bashir allegedly providing haven to terrorist groups such as Al Qaeda. However, Bashir was ousted in April 2019 after several months of popular protests against his ruthless rule, and U.S. officials have even acknowledged that the Sudanese government had been aiding in anti-terrorism efforts for years. Nevertheless, the United States had refused to delist Sudan from its list of state sponsors of terror which had grave consequences for the Sudanese economy. The decision to remove Sudan from the list was originally made in October when the Trump administration was seeking ways to induce Arab countries into normalizing relations with Israel. Sudan, which is desperate for economic relief and foreign aid in the face of mounting debt and inflation, agreed to normalize their diplomatic ties with Israel in exchange for the U.S. delisting them as a state sponsor of terror. 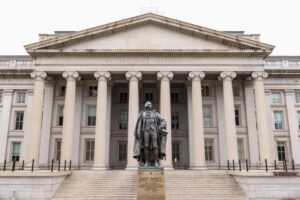 The U.S. Treasury Department was among the federal agencies hacked. (Photo from Getty Images)

Several U.S. Federal Agencies are Hacked by Entities Tied to the Russian Government

Hackers linked to the Russian government are believed to be behind the breach of computer systems at multiple U.S. federal agencies – including the Treasury Department, the Pentagon, and the Department of Homeland Security. The infiltration may have lasted for months before its recent uncovering, with hackers breaking into the networks by inserting a vulnerability in the updates of a software company which sells technology products to a wide array of federal agencies. The compromise was discovered when the individuals successfully logged into a top cybersecurity firm’s network, tipping them off to the broader efforts aimed at the U.S. government. This latest cyberattack appears to be one of the most significant breaches in years and is especially concerning due to the time that it took to unearth. Analysts suspect that the hackers had months of access to internal email accounts in at least a dozen federal agencies during the course of their overall campaign.