Welcome to our NIF Newsletter. We hope everyone has a great Thanksgiving tomorrow! In this week’s headlines: Secretary of State Pompeo controversially visits illegal Israeli settlements and the Golan Heights, human rights activists and journalists protest a new French security bill, the Trump campaign sees several lawsuits contesting the election results defeated, and the el-Sisi regime in Egypt arrests members of a prominent human rights group. 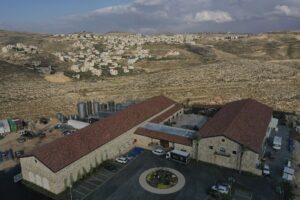 Pompeo also traveled to the Psagot winery whose vineyards are located on privately-owned Palestinian land. (Photo from Getty Images)

In an unprecedented and controversial move, U.S. Secretary of State Mike Pompeo became the first top American diplomat to visit illegal Israeli settlements in the occupied West Bank as well as the disputed Golan Heights. The trip included a stop at the Psagot winery whose vineyards are located on privately-owned Palestinian land, and was followed by a tour of the Golan Heights – land that the international community, with the exception of the United States under Trump, views as Syrian territory held under Israeli occupation. During the course of the past four years, Trump officials have broken from global consensus and longstanding U.S. policy regarding the illegality of settlements and the status of the Golan Heights. Now, in the outgoing administration’s final weeks before President-elect Biden’s inauguration, Pompeo has announced the latest string of biased actions in favor of Israel by saying that the U.S. will provocatively allow goods imported from occupied territory in the West Bank to be labeled as “Made in Israel” and inaccurately branding the global Boycott, Divestment, and Sanctions (BDS) movement as anti-Semitic. Ultimately, unjust moves like these are harmful to the prospect of genuine progress regarding the Israeli-Palestinian conflict, but there is hope that the new Biden administration will provide a more equitable approach to the Middle East peace process. 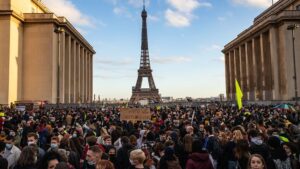 France has faced backlash this week after the introduction of a new security bill that is accused of curbing individual freedoms. The bill, which was introduced by members of President Emmanuel Macron’s LREM Party, was presented as part of the government’s reaction to the spate of recent murders that have stunned France. However, certain parts of the bill have drawn criticism among journalists and human rights organizations for impinging upon individual freedoms. Specifically, provisions within the bill heavily sanction individuals who photograph police officers with the aim of harming their “physical or psychological integrity.” Critics argue that this undermines the public’s right to hold law enforcement accountable. France’s Interior Minister, Gerald Darmanin, said the bill was designed to “protect those who protect us,” although the public’s opinion on the legislation was made clear through several demonstrations against the bill across France. 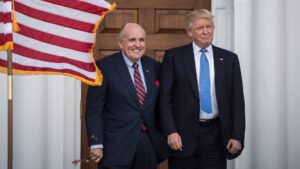 The Trump campaign has seen a series of legal defeats derail its efforts to overturn the recent presidential election where President-elect Joe Biden has been declared the winner. The campaign filed lawsuits seeking to overturn election results in multiple states including Pennsylvania, Michigan, and Georgia, baselessly arguing that scores of voters had cast their ballots illegally. At the core of the campaign’s legal challenges are the allegations that officials refused to allow Republican poll watchers into vote-processing areas and that ineligible voters cast ballots. However, judges across the country have thrown out the campaign’s lawsuits, in many cases calling them frivolous and lacking in merit. President Trump’s personal lawyer, Rudy Giuliani, is leading the campaign’s legal effort, which has been criticized as scattershot. An underlying problem with each of the lawsuits has been a lack of evidence. The president’s legal team has repeatedly stated that they have proof to back up their claims, but have failed to present any during the court appearances.

Arrest of Activists in Egypt 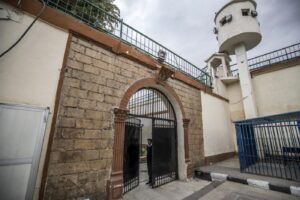 The el-Sisi regime continues to engage in a severe crackdown on human rights activists. (Photo from AFP)

The Egyptian government under strongman President Abdel Fattah el-Sisi has continued its brutal crackdown on civil rights in the country, most recently arresting three members of the Egyptian Initiative for Personal Rights (EIPR). The move came in the aftermath of European diplomats meeting with the EIPR for a briefing on the nation’s human rights situation back in early November. Mohammed Basheer, the group’s office manager, Karim Ennarah, director of criminal justice, and Gasser Abdel Razek, the executive director, were all taken into custody on baseless charges in the span of less than a week. The U.S. State Department strongly condemned the arrests, as did Antony Blinken – President-elect Joe Biden’s choice to be the next secretary of state for the incoming administration. During the ongoing rule of el-Sisi, the regime has jailed tens of thousands of political prisoners, imposed new restrictions on civil liberties, and expanded the powers of Egyptian security forces. Rights groups estimate that there are around 60,000 detainees which include journalists, activists, academics, and lawyers, among others.