Welcome to our NIF Newsletter. In this week’s headlines: Armenia’s foreign minister resigns in the wake of last week’s peace deal regarding Nagorno-Karabakh while Azerbaijan denounces some evacuating Armenians for their destruction of property, the United Nations’ Middle East envoy criticizes Israel over its plans to enlarge an illegal settlement in occupied East Jerusalem, and the Tigray conflict in Ethiopia intensifies and results in a growing humanitarian crisis. 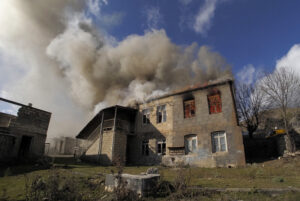 Some fleeing the region controversially burnt homes in advance of territory being handed back to Azerbaijan. (Photo from AP)

In the wake of last week’s peace deal regarding the region of Nagorno-Karabakh, Armenia’s foreign minister has resigned while Azerbaijan has denounced the destruction of property by some evacuating Armenians. The recent agreement will allow Azerbaijan to take back control of territories that had been occupied by Armenian forces since the mid-1990s, and has prompted political upheaval in Yerevan, culminating in the resignation of Armenian Foreign Minister Zohrab Mnatsakanyan and a call for early parliamentary elections. The lead up to the territorial handover outlined in the terms of the agreement has also seen some Armenians fleeing the region controversially burn homes and forestry areas, actions that have been condemned by Azerbaijan. Ultimately, despite the differing ways that it has generally been received by Armenians and Azeris respectively, the Nagorno-Karabakh peace deal’s cessation of hostilities there has come as a relief to the international community who feared that the clashes might further devolve into a large-scale and drawn-out regional conflict. 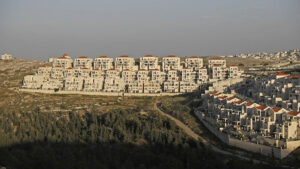 The settlements are a major obstacle to any legitimate progress in the peace process between Israelis and Palestinians. (Photo from AFP)

The United Nations’ envoy to the Middle East peace process has criticized Israel over plans to expand upon illegal settlements in occupied East Jerusalem. Israel’s Land Authority announced it had opened tenders for over 1,200 new structures in the settlement of Givat Hamatos, in a move that would significantly harm the future prospects for a legitimate two-state solution between Israelis and Palestinians. Under the Trump administration, the United States has reversed its decades-old position that these settlements are illegal, and Israel has been keen to advance policies that violate international law while he is still in office since President-elect Joe Biden has frequently criticized Israeli settlements. Peace Now, an Israeli social justice and anti-settlement group, has highlighted that the timing of the process is deliberately scheduled to conclude just days before Biden’s upcoming inauguration. Furthermore, Secretary of State Mike Pompeo is set to break with longstanding American policy and visit a settlement in the occupied West Bank this week, a sharp departure from predecessors who often spoke out against their construction. This is a further example of the Trump administration flouting international law and established American policy in an effort to legitimize illegal actions by the Israeli government. 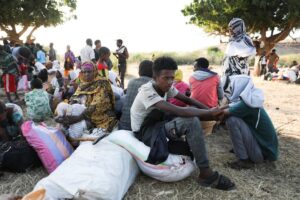 The escalation of the Tigray conflict has resulted in a growing humanitarian crisis there. (Photo from AP)

Violence has broken out in Ethiopia’s northern state of Tigray between regional forces of the Tigray People’s Liberation Front (TPLF) and the national government. Hundreds of soldiers and civilians are said to have been killed, with the escalation of the fighting in recent weeks. Serious clashes first began on November 4th, and have continued to intensify since, with some signs pointing to the outbreak of a full-blown civil war. At the heart of the conflict is disagreement between the predominant political party in Tigray and the federal government, which stretches back to 2018 when current Prime Minister Abiy Ahmed ascended to the role. Of particular concern is the growing humanitarian and refugee crisis there, with thousands of civilians fleeing from the violence in Ethiopia’s Tigray region and traveling across the border to neighboring Sudan. Regional powers including the African Union have called for an immediate ceasefire, but the Abiy government has said that it is not willing to negotiate until the leaders of the TPLF are in custody. As a result, the fighting looks set to continue, at an inordinate cost of human life and safety.