Welcome to our NIF Newsletter. In this week’s headlines: more than 50 U.S. lawmakers pen a letter calling for Egyptian leader el-Sisi’s regime to release activists and other political prisoners, the late journalist Jamal Khashoggi’s fiancée Hatice Cengiz and a human rights group that he founded sue Saudi Crown Prince Mohammed bin Salman over his brutal October 2018 murder, China and the United States threaten tit-for-tat political detentions, and the Department of Justice and 11 states file an antitrust lawsuit against Google. 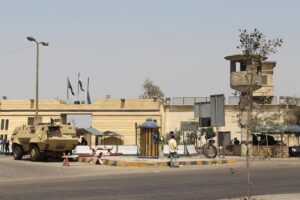 The Egyptian government has been criticized for its human rights abuses under the el-Sisi regime. (Photo from AFP)

Earlier this week, a group of more than 50 U.S. lawmakers penned a bicameral letter urging Egyptian leader el-Sisi’s regime to release human rights activists, journalists, and other political prisoners. The letter was spearheaded by Senator Sherrod Brown and Representatives Ro Khanna and Jim McGovern, and was also signed by Senators Bernie Sanders and Elizabeth Warren. In it, the signatories condemned the unjust imprisonments and expressed concern for the deplorable conditions under which the detainees are being held, particularly during the midst of the ongoing global health pandemic. They also emphasized the importance of respect for human rights to the U.S.-Egyptian partnership. The Egyptian government under el-Sisi has engaged in a brutal crackdown on dissent and been criticized for its alarming level of human rights abuses. Groups like Amnesty International and Human Rights Watch have lamented the current regime’s repressive measures, and estimate that there are approximately 60,000 political prisoners in Egypt which include journalists, dissidents, government rivals, lawyers, and activists.

Lawsuit Against the Saudi Crown Prince 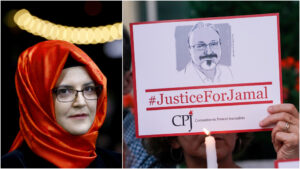 Cengiz and Democracy for the Arab World Now (DAWN) filed the lawsuit in a Washington D.C. court. (Photo from Reuters)

Hatice Cengiz, the fiancée of the late journalist Jamal Khashoggi, and Democracy for the Arab World Now (DAWN), a human rights group that he founded, have sued Saudi Crown Prince Mohammed bin Salman and more than 20 regime officials over the brutal October 2018 murder of the U.S.-based democracy advocate. The lawsuit was filed in a Washington D.C. court and seeks damages against bin Salman and his other co-conspirators, stating that their crime was the result of weeks of planning and premeditation. Khashoggi was murdered in the Saudi consulate in Istanbul, and the Central Intelligence Agency (CIA) concluded with confidence that the Saudi Crown Prince ordered the killing. Shortly before his death in 2018, Khashoggi founded DAWN in order to push for democratic and human rights reform in Saudi Arabia and across the Middle East. The lawsuit contends that bin Salman viewed Khashoggi’s actions as an existential threat and thus lured him into the consulate for the purpose of carrying out the crime. 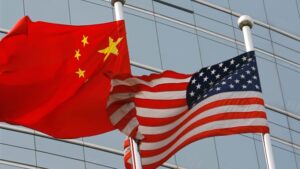 China and the United States have accused each other of arbitrary political detentions. (Photo from Getty Images)

Tensions between the United States and China escalated again this week, with both countries criticizing the other for arbitrarily detaining their citizens. China has been incensed since the United States recently arrested several Chinese academics for visa fraud and accused them of carrying out espionage for the Chinese military at various research institutions across the country. It was reported that the Chinese government had contacted American officials and pressed for the charges to be dropped. Then on Saturday evening, the State Department issued an unexpected travel advisory for Americans in China, saying that citizens could be detained without warning in the country for reasons other than unlawfulness. The diplomatic spat is the latest fracture in the Sino-American relationship. In recent months, disagreements on trade, COVID-19, the status of Hong Kong, and the forced detention of ethnic minority Uighur Muslims have exacerbated the contentions between the countries. 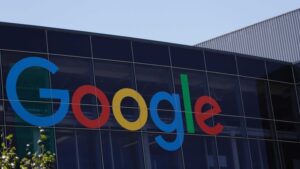 The Department of Justice unveiled a lawsuit against Google this week. (Photo from AP)

The Department of Justice (DOJ) announced on Tuesday that it was suing Google, in what amounts to the greatest antitrust challenge to big tech in nearly two decades. The Justice Department is alleging that Google has smothered competition for online search and search advertising, and says that Google has grown so powerful that it is synonymous with online searching, and the internet itself. The DOJ has been investigating Google for over a year, and Attorney General William Barr has made public statements on the case urging government prosecutors to bring charges against the company. Eleven states joined the federal government in the lawsuit, including Texas, Florida, and Michigan. The DOJ’s lawsuit is the most aggressive action taken in the United States against a major technology company since Microsoft was investigated and later sued between 1992 and 2001. Experts have noted that the outcome of this case could shape the internet for the next generation.