Welcome to our NIF Newsletter. In this week’s headlines: President Trump and multiple administration officials contract COVID-19, Egyptian government authorities execute 15 political prisoners, clashes between Armenia and Azerbaijan continue as both sides accuse each other of attacking civilian areas, Vice President Pence and Senator Harris engage in a V.P. debate, and the Emir of Kuwait passes away at the age of 91. 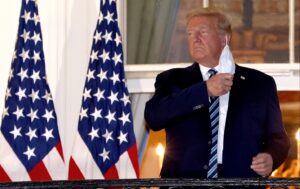 The president and a growing number of administration officials have tested positive for COVID-19. (Photo from AFP)

Over the course of the past week, multiple members of the Trump administration, including President Trump, have tested positive for COVID-19. News of the cluster in the White House first broke late last week when it was revealed that Hope Hicks, a senior advisor to the president, was COVID-19 positive and had been in close contact with President Trump and the First Lady, both of whom tested positive in the following hours. Additionally, White House press secretary Kayleigh McEnany, Trump campaign manager Bill Stepien, and presidential advisor Kellyanne Conway, among others, have all tested positive for the virus. The outbreak is thought to have originated at a Rose Garden ceremony announcing the nomination of Amy Coney Barrett to the Supreme Court. The president was taken to Walter Reed Military Hospital on Friday afternoon after his oxygen levels dipped and he reported having a fever, and returned to the White House on Monday but has received criticism for not taking the proper precautions to protect Secret Service and West Wing staff from also potentially contracting the virus.

Execution of Political Prisoners in Egypt 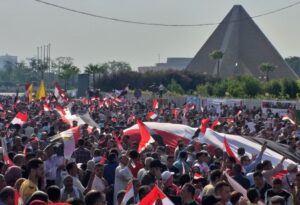 Courts across the country have issued a large number of death sentences against regime critics and opponents under el-Sisi’s rule. (Photo from AFP)

Authorities in Egypt recently executed 15 political prisoners, sparking outrage among human rights activists in the country. Protests against authoritarian strongman Abdel Fattah el-Sisi have sprung up across Egypt in preceding weeks, and observers have suggested that the executions were a ruthless response to suppress these demonstrations. Since taking power via a military coup in 2013, el-Sisi has ruled the country with an iron fist, and government authorities have engaged in a brutal crackdown against the basic freedoms of Egyptian citizens. The high level of repression under the regime has included the mass arrest and torture of protesters, human rights activists, journalists, and political figures. Like those, the latest unjust executions are part of ongoing efforts to deter dissent and intimidate the population. In fact, according to data from Amnesty International, el-Sisi’s government was one of the five worst executioners in the world last year, a list that includes other repressive regimes such as the ones in Saudi Arabia, China, and Iran. 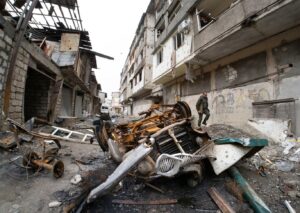 Clashes between Armenia and Azerbaijan have carried into a second week. (Photo from AP)

As clashes between Armenia and Azerbaijan stretch into a second week, it threatens to boil over into a full-scale regional conflict. The territory of Nagorno-Karabakh remains the setting of heavy fighting, and analysts have continued to warn of the repercussions of the ongoing violence. Armenia and Azerbaijan are engaged in a decades-long dispute over Nagorno-Karabakh that has been in place since the dissolution of the Soviet Union. Both nations claim the region, which is governed and largely comprised of ethnic Armenians, but it is recognized internationally as part of Azerbaijan. The countries fought a war over the region in 1990, and the recent outbreak of fighting is the most serious violence to occur since. Additionally, civilian casualties have begun to mount, with each side blaming the other of recklessly endangering non-combatants. In turn, this threatens to create a refugee crisis as Azeris and Armenians alike flee their homes to escape the fighting. 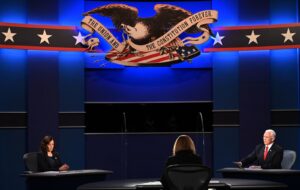 Vice President Mike Pence and Senator Kamala Harris squared off in the lone vice-presidential debate on Wednesday evening, less than a month before the upcoming election. The debate came amid the backdrop of President Trump testing positive for COVID-19, and questions being raised about future debates during this election cycle due to the president’s contraction of the virus. On Thursday morning, the president said he would not be participating in a virtual debate, which means the debate between Harris and Pence is most likely the final one before the election. The event itself was much calmer and more composed than the recent presidential debate between President Trump and former Vice President Biden, with both Harris and Pence largely respecting the rules of the debate and moderator Susan Paige keeping the conversation moving. Among other topics, questions were asked about the United States’ response to COVID-19, the economy, and foreign policy. 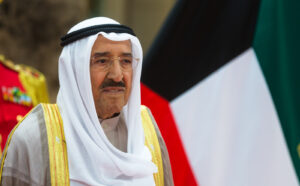 Sheikh Sabah was revered for his diplomacy efforts in the region. (Photo from Shutterstock)

The Emir of Kuwait Passes Away at the Age of 91

Kuwaiti Emir Sheikh Sabah al-Ahmad al-Jaber al-Sabah passed away last week at the age of 91. Sheikh Sabah was revered for his diplomacy efforts in the Middle East, and spent four decades as Kuwait’s foreign minister before becoming emir in 2006. He was an active mediator on a variety of regional issues, including the Saudi-led boycott of Qatar, and also hosted donor summits aimed at raising funds for humanitarian aid and reconstruction efforts in both Iraq and Syria. Sheikh Sabah was respectfully referred to by various titles including “the emir of humanity” and the “dean of Arab diplomacy” for his work in these areas, and he was named a humanitarian leader by the United Nations as well. The emir was held in high regard for his role as an effective voice of peace and stability in the region. He had traveled to the United States for medical care earlier this year in July after undergoing surgery, and suffered a medical setback which led to his passing.