Welcome to our NIF Newsletter. In this week’s headlines: President Trump plans to hold a September 15th signing ceremony in the White House for the normalization agreement between Israel and the United Arab Emirates, the latest polling shows Trump and Biden are neck and neck in the key battleground state of Florida, new book revelations uncover President Trump’s efforts to downplay COVID-19 in its early stages and protect Saudi Crown Prince Mohammed bin Salman following the brutal assassination of journalist Jamal Khashoggi, and India and China accuse each other of provocations along their disputed Himalayan border. 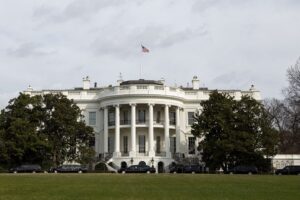 Israel and the UAE will formalize their normalization agreement with a signing ceremony at the White House. (Photo from AP)

The White House announced this week that it would be hosting a signing ceremony to formalize the recent normalization agreement between Israel and the United Arab Emirates. The ceremony is due to be held on September 15th, and will be attended by leaders from the region. It will mark the first Middle East agreement signed at the White House in 26 years, and was deliberately scheduled to occur close to the anniversary of the Oslo Accords. The Trump administration has touted the normalization agreement between Israel and the UAE as a major foreign policy success, but has failed to take note of major flaws in the deal. For example, the UAE and Israel were never in a state of conflict, and the UAE has abandoned longstanding regional policy that dictates any normalization agreement with Israel must coincide with the establishment of an independent Palestinian state, among other aspects. Additionally, the Trump administration has failed in its efforts to convince additional countries in the region to follow the precedent set by the UAE, partly because of concerns the deal is politically motivated to help President Trump win re-election in the upcoming presidential election. 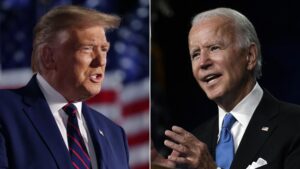 Florida is one of several key battleground states in the upcoming presidential election. (Photo from Getty Images)

The latest polling in Florida shows President Trump and former Vice President Biden locked in a dead heat, with both sitting at 48% according to a newly released NBC News/Marist poll. The survey finds that Trump holds a slight edge among the state’s Latino voters, while Biden has a small advantage among seniors. Florida is a critical battleground state, and with the exception of 1992, has voted for the winner in every presidential election since 1964. Its status as an important swing state has been evident over the past six presidential elections in particular, with Florida voting for the respective Republican and Democratic nominee three times each during that time period. In 2016, Trump won Florida by a mere 1.2%, and the recent polling in the state suggests another extremely close margin this time around in 2020 as well. 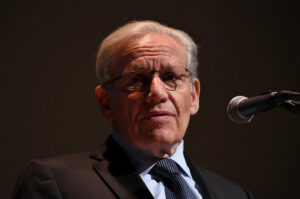 Investigative journalist Bob Woodward revealed controversial comments made by President Trump regarding the severity of COVID-19, among other things. (Photo from Getty Images)

This week, new revelations have emerged that uncover President Trump’s efforts to downplay COVID-19 in its early stages despite warnings from medical professionals. In a new book by investigative journalist Bob Woodward, President Trump admits to wanting to downplay the virus despite knowing how serious it was. As early as February 7th, President Trump admitted to Woodward that the virus was a major threat but said he would seek to downplay it so as not to cause fear throughout the country. The book also states that President Trump bragged about protecting Saudi Arabian Crown Prince Mohammed bin Salman from congressional scrutiny after the brutal assassination of journalist and Saudi dissident Jamal Khashoggi. Furthermore, Woodward documents that the president denigrated the American military, adding credence to the report published by The Atlantic recently that makes the same claims. Trump took to Twitter to denounce the book as entirely false and a political hit-job. However, doubts over the legitimacy of the substance in Woodward’s book have subsided as it was revealed that the president personally agreed to over a dozen on-the-record interviews with Woodward for the book. 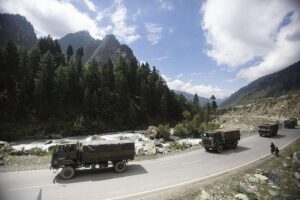 Tensions between India and China along their disputed Himalayan border continue to flare. (Photo from AP)

In one of the latest developments this week with the ongoing standoff between the two countries, India and China have accused each other of military provocations along their disputed border in the Himalayas. Tensions have been high on both sides since a May clash near Pangong Lake, and New Delhi and Beijing have held several rounds of talks without success in an effort to deescalate the situation. This most recent incident is believed to be the first time that shots have been fired along the Sino-Indian border in over four decades, with each side blaming the other for violating bilateral agreements and engaging in provocative actions. The border confrontation has also damaged the economic relationship between China and India, as the latter has restricted Chinese investments into Indian tech companies and banned several popular Chinese apps. Ultimately, the two countries share a long and disputed 2,175-mile border, known as the Line of Actual Control, which has left them subject to potential territorial conflict because of its undefined nature.