Welcome to our NIF Newsletter. In this week’s headlines: analysis of the latest presidential polling in key battleground states compared to this same point in the election year back in 2016, the Republican Party holds its national convention and formally nominates President Trump for a second term, Secretary of State Pompeo makes a controversial multi-stop trip across the Middle East in an effort to bolster the Trump administration’s foreign policy credentials ahead of the upcoming U.S. presidential election and comes under fire for his convention address, and the United Arab Emirates cancels a meeting with American and Israeli officials after embattled Israeli Prime Minister Netanyahu opposes arms sales to the Gulf country. 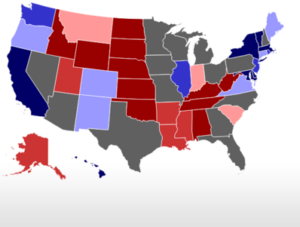 The 2020 battleground states are highlighted in gray, and include Wisconsin, Ohio, and Florida, among others. (Photo from RealClearPolitics)

The latest presidential polling for the upcoming November general election shows Democratic nominee Biden leading incumbent President Trump in several key battleground states, but by a smaller margin than 2016 Democratic nominee Clinton led at this same juncture 4 years ago. Biden is currently polling better than Trump in Wisconsin, Ohio, Pennsylvania, Michigan, and Florida, all states being ones that Clinton led as well but by a slightly larger margin, with the exception of Florida. The state of North Carolina showed a minuscule gap between the respective Democratic nominee and Trump back in 2016 and the same remains true for this election cycle as well. While Clinton held a tiny lead there over Trump 4 years ago, Trump now does so over Biden. The 6 aforementioned states are viewed as critical swing states, and were all eventually won by Trump in the 2016 presidential election. At the national level, reputable polling sources currently have Biden holding a lead of anywhere between 7% and 10% over Trump as we approach the final two months before the election. 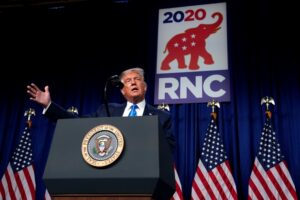 The 2020 Republican National Convention was held this week as President Trump formally accepts the party’s nomination for president. (Photo from AP)

The 2020 Republican National Convention kicked off this week, following last week’s Democratic National Convention. Republican officials, members of President Trump’s family, and conservative activists are the headline speakers, as the GOP tries to boost the president’s re-election chances. The first night of the convention placed a heavy emphasis on the president’s self-proclaimed commitment to the rule of law, and painted a dark picture of how a Biden-Harris administration would make America less safe. On Tuesday, the convention took a lighter tone as individual speakers from electorally significant demographics praised President Trump and emphasized how his policies would improve their lifestyles and livelihoods. The convention has drawn criticism over its choice of certain speakers, namely Secretary of State Mike Pompeo, who broke with longstanding diplomatic policy to address the convention from Jerusalem. 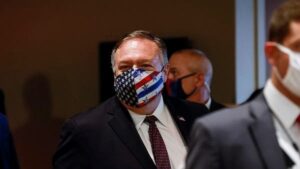 Secretary of State Pompeo embarked on a multi-stop trip across the Middle East this week. (Photo from AFP)

Secretary of State Mike Pompeo embarked on a controversial trip to the Middle East this week in the aftermath of the normalization agreement between Israel and the United Arab Emirates. Pompeo began his trip in Israel, which includes scheduled visits to Sudan, Bahrain, and the United Arab Emirates, with the possibility of further stops in Oman and Qatar. Pompeo came under fire for also delivering a recorded address to the Republican National Convention from the city of Jerusalem during his diplomatic trip, in an attempt to shore up President Trump’s evangelical base. Pompeo himself is an outspoken evangelist who has previously drawn criticism for inserting his personal beliefs into American foreign policy. Critics have accused Pompeo of using his trip to the Middle East as a political ploy ahead of the upcoming November election, which in turn delegitimizes the Middle East peace process as a whole. Traditionally, the United States’ diplomatic corps has remained neutral in domestic partisan politics, but Pompeo has broken from this policy, much to the chagrin of many former foreign policy officials.

UAE Cancels Meeting with US and Israel 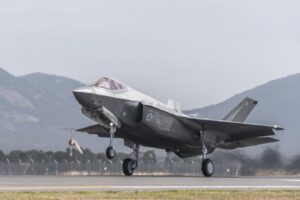 The UAE reportedly cancelled the meeting in protest of Netanyahu’s opposition to F-35 aircraft sales. (Photo from AFP)

The United Arab Emirates cancelled a scheduled tripartite meeting with U.S. and Israeli officials in response to embattled Israeli Prime Minister Netanyahu’s opposition to the United States’ pending sale of F-35 fighter jets to the Gulf nation. The meeting was meant to be a ceremonial occasion to celebrate the recently announced Abraham Accord between the UAE and Israel, a normalization agreement which has been denounced for ignoring the rights of Palestinians and allowing for the continued illegal Israeli occupation of Palestinian territory. Following the indefinite cancellation of the meeting, UAE officials proclaimed that they will not hold any other public gatherings with the United States and Israel until the latter’s position on the arms sales is “clarified.” The Emiratis were especially irked that Netanyahu publicly spoke out against the potential arms deal and also informed members of his Cabinet that he would express his concerns about it to the U.S. Congress.