Welcome to our NIF Newsletter. In this week’s headlines: the Democratic Party holds its convention virtually and officially nominates Joe Biden and Kamala Harris, several polls show the U.S. presidential race tightening, Postmaster General Louis DeJoy announces that changes to the postal service will be suspended until after the November election as more than 20 states threaten legal action over the matter, the Special Tribunal for Lebanon reaches a verdict in the assassination trial of former Lebanese Prime Minister Rafik Hariri, the European Union condemns the rigged elections in Belarus, and the president and prime minister of Mali are forced to resign after a military coup. 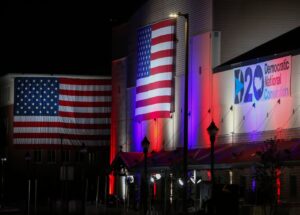 This year’s Democratic National Convention consisted of virtual addresses from many of the speakers. (Photo from USA Today)

The 2020 Democratic National Convention is being held virtually this week due to the ongoing coronavirus pandemic, as the Democratic Party officially nominates Joe Biden and Kamala Harris for president and vice president respectively. Convention speakers included former President Barack Obama, Senator Bernie Sanders, and others, in addition to former Republican presidential candidate John Kasich, who also spoke in support of Democratic nominee Joe Biden. Kasich attempted to appeal to dissatisfied Republicans, literally standing at a fork in a gravel road in his video address and as such, making the case for Biden as the right candidate to lead a country at a crossroads. The former Ohio governor was one of a few prominent Republicans to speak at the convention, a list which also included former Secretary of State Colin Powell and Cindy McCain, wife of the late Senator John McCain. 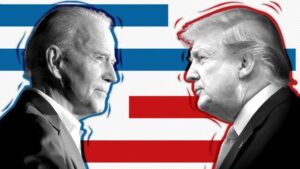 New polls released this week show the presidential race between Donald Trump and Joe Biden tightening, as voter enthusiasm hits an all-time high. Former Vice President Biden was officially confirmed as the Democratic nominee during the Democratic National Convention this week, but has seen his lead over incumbent President Trump dip in various polls. President Trump continues to trail Biden in the majority of nonpartisan polls, but he has made up ground on the Democratic nominee. Voters who support President Trump are also more enthusiastic about voting for their candidate, whereas a significant proportion of Biden supporters view their vote as being against Trump, as opposed to being passionate about Biden. Despite President Trump’s improving poll numbers, former Vice President Biden’s selection of Senator Kamala Harris as his running mate has improved his standing, with a majority of voters approving of the choice. 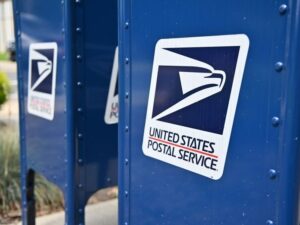 DeJoy announced that changes to the postal service will be suspended until after the November election. (Photo from Getty Images)

This week, Postmaster General Louis DeJoy announced that changes to the postal service will be suspended until after the November election, as more than 20 states threatened legal action over the matter. DeJoy had started to enact cost-cutting measures that critics said would jeopardize the service’s ability to handle mail-in votes. The postal service was due to eliminate overtime for mail carriers, remove postal boxes, reduce post office hours, and more in an effort to reduce costs. The timing of the cuts correlated with President Trump’s criticism of mail-in voting, which he says encourages voter fraud. DeJoy’s announcement that the cost-cutting measures would be delayed until after the election comes as he was summoned to testify before the House and Senate to explain the changes. Furthermore, a coalition of 20 attorneys general from states around the country threatened to sue the Trump Administration over the cuts, calling them unlawful. 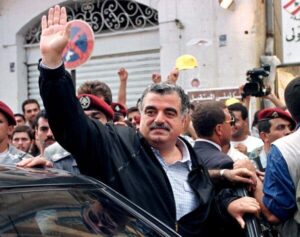 Earlier this week, the United Nations Special Tribunal for Lebanon at the Hague reached a verdict in the assassination trial of former Lebanese Prime Minister Rafik Hariri. Three defendants in the trial were acquitted due to lack of evidence, but a fourth, Salim Ayyash, was convicted for his role in the suicide car bomb that killed Hariri. However, Ayyash was not present at the trial with his whereabouts currently unknown. Outside observers have also noted that Ayyash was not the mastermind of the plot, with the court seemingly agreeing by acknowledging that the leadership of both Hezbollah and the Syrian government had motives to eliminate Hariri. All four defendants in the case are known Hezbollah supporters, and the court determined that the killing was a politically motivated assassination. 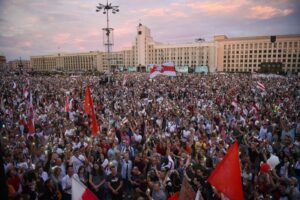 Mass protests in Belarus continue in the aftermath of the disputed recent presidential election. (Photo from Getty Images)

The European Union has condemned the recent elections in Belarus as rigged and is preparing to place sanctions on the country. The EU said it would not recognize Aleksandr Lukashenko as the winner of the elections, but stopped short of recognizing the opposition leader Svetlana Tikhanovskaya as the legitimate leader of the country. Belarus has been brought to a halt by overwhelming popular protests demanding the resignation of the embattled Lukashenko, who has so far refused to give in. The European Union said it would be imposing sanctions on individuals responsible for violence, repression, and election fraud, and it would also be diverting aid money from the Belarusian government to victims of the state-sponsored violence. 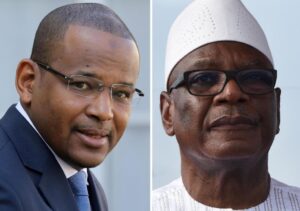 Mali’s president and prime minister were detained by the military after months of popular protests. (Photo from Getty Images)

The president and prime minister of Mali were detained and forced to resign in the early stages of a military coup in the West African nation. President Ibrahim Boubacar Keita and Prime Minister Boubou Cisse are accused of stealing a recent parliamentary election, which resulted in months of protests in Mali. A coalition of politicians and civil society leaders have urged Keita and Cisse to resign in recent weeks, as protests across Mali escalated. Now, a cadre of military officials dubbing themselves the “National Commission for the People’s Salvation” have detained Keita and Cisse, and forced them to resign. The military leaders behind the coup have called for immediate elections to replace Keita and Cisse, who originally came to power when democratically elected in 2013. Since then however, Mali has been plagued by intercommunal and religious violence, in addition to governmental corruption which has led to this week’s events.