Welcome to our NIF Newsletter. In this week’s headlines: the July 1st potential start date set by the Israeli government for its controversial annexation plans in the occupied West Bank arrives, Russian operatives are accused of secretly offering bounties to Taliban militants to kill U.S. troops, Libyan National Army forces mobilize thousands of foreign mercenaries to fight in the city of Sirte, and China officially passes and implements its national security law for Hong Kong. 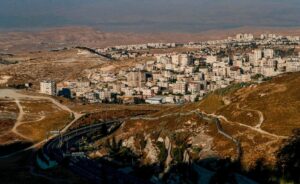 The Israeli government had set July 1st as a potential starting date for its controversial annexation plans. (Photo from Getty Images)

This week marked the target date for embattled Israeli Prime Minister Benjamin Netanyahu to proceed with his plans to annex parts of Palestinian territory in the occupied West Bank. The annexation plan has been met with widespread condemnation from the international community, and has lukewarm support from the Trump administration in the United States. During his re-election campaign, Netanyahu promised to unveil the specific plans for annexation on July 1st. However, that date passed without a clear resolution. In addition to the international community’s opposition to the move, Netanyahu has also encountered resistance from within the Israeli government. Political leaders and left-wing Israelis have voiced their opposition to the move, with Netanyahu’s coalition partner and Israel’s Defense Minister Benny Gantz among those critical of the plan. 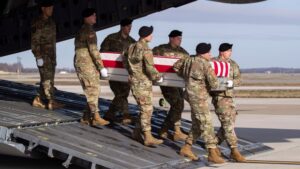 A Russian military spy unit is accused of secretly making the bounty deals with Taliban militants. (Photo from AP)

American intelligence officials have accused Russian operatives of secretly offering bounties to Taliban militants to kill U.S. troops. The assessment concluded that a Russian military espionage unit was behind the bounties on coalition forces in Afghanistan, which includes American soldiers. The unit, known as the GRU, has also been linked to assassination attempts and other covert operations in Europe. Reports indicate that information regarding the bounties officially came to light back in January after a U.S. special operations raid on a Taliban outpost in Afghanistan uncovered a large amount of cash. President Trump denied being informed of the matter, however intelligence officials stated that he was given a written briefing earlier this year. 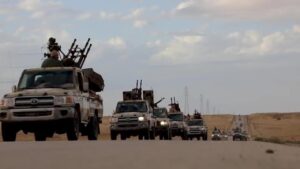 Thousands of foreign fighters have descended on the Libyan city of Sirte as Libya’s internationally-recognized government ramps up preparation to retake the city from rebel forces. Sirte is a strategically vital city in the context of Libya’s civil war, as it represents the last significant boundary dividing the country’s west from east. Thousands of foreign fighters from Sudan, Chad, and Russia loyal to renegade military commander and warlord Khalifa Haftar have funneled into Sirte to defend the city. Haftar leads the eastern-based Libyan National Army (LNA), and has been waging a war against the internationally-recognized Government of National Accord (GNA) with support from Egypt, the United Arab Emirates, and others. 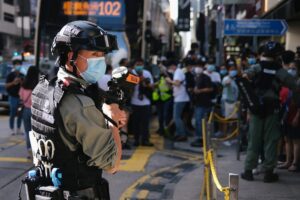 China’s top lawmaking body, the National People’s Congress (NPC), officially passed and implemented national security legislation for Hong Kong earlier this week. The law criminalizes acts of secession, subversion, terrorism, and collusion with foreign forces, all of which carry extremely heavy sentences as violators can face up to lifetime imprisonment. It also requires Hong Kong to establish a national security commission to enforce the law, with a Beijing-appointed adviser. Additionally, mainland authorities will have the power to prosecute “complex” cases, and closed-door trials will be allowed in some instances. The controversial legislation went into effect on Wednesday, the date marking the 23rd anniversary of Hong Kong’s handover from the United Kingdom to China and a day which is usually filled with pro-democracy protests.