Welcome to our NIF Newsletter. In this week’s headlines: the number of coronavirus cases spike in several states across the country, Dr. Fauci and Dr. Redfield testify at a House oversight hearing regarding the Trump administration’s response to COVID-19, the United Nations Human Rights Council adopts a resolution to send a fact-finding mission to Libya to investigate potential human rights abuses, Saudi Arabia is hit with a drone and missile attack, and border clashes continue between China and India. 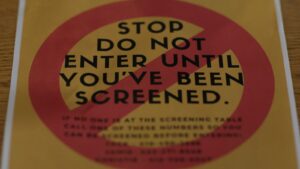 Cases of COVID-19 have spiked across the country as states continue to re-open. (Photo from Reuters)

Cases of the novel coronavirus have started to spike in the United States as many states proceed with re-opening. This week, seven states have announced new record high numbers of hospitalizations from COVID-19. Arizona, Arkansas, California, North Carolina, South Carolina, Tennessee, and Texas all broke their record for number of hospitalizations. Texas and California each reported upward of 5,000 new confirmed cases in a single day, and Arizona, Missouri, and Nevada also reported new 24-hour highs. The upward climb of coronavirus cases is seemingly linked to the re-opening process that is occurring across the country. Top federal health officials warned that cases would likely continue to increase without new restrictions. 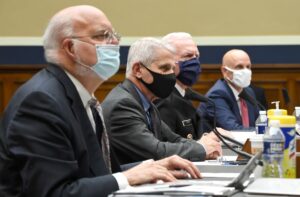 The group of health experts testified during a House Energy and Commerce Committee hearing. (Photo from AP)

Dr. Anthony Fauci, Director of the National Institute of Allergy and Infectious Diseases (NIAID), and other health experts including Dr. Robert Redfield, Director of the Centers for Disease Control and Prevention (CDC), testified at a House oversight hearing regarding the Trump administration’s response to COVID-19. Dr. Fauci told the committee he remains cautiously optimistic that a vaccine will be ready at the end of the year. He also provided an assessment of where the country stands in its handling of the pandemic, warning that in some areas of the United States “we’re now seeing a disturbing surge of infections.” Dr. Redfield pointed out that the coronavirus has highlighted decades of underinvesting in the capabilities of public health data, and that now is the time to fix the system. Both Fauci and Redfield emphasized the importance of increased testing, particularly due to the oftentimes asymptomatic nature of coronavirus infection. 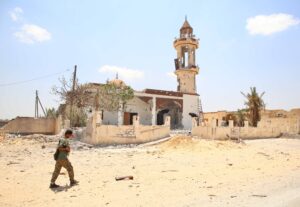 Earlier this month, multiple mass graves were discovered in a town used by Haftar’s forces. (Photo from Getty Images)

The United Nations Human Rights Council (UNHRC) has adopted a resolution to send a fact-finding mission to Libya to investigate potential human rights abuses. The decision comes after Libya’s internationally-recognized Government of National Accord (GNA) recently discovered multiple mass graves in Tarhuna, the city which had been used as the supply and operation center of warlord Khalifa Haftar and his forces. Following the GNA’s liberation of the city, over 150 human bodies were exhumed from the mass graves. Since Haftar launched his offensive on the Libyan capital city of Tripoli in April of 2019, hundreds of civilians have been killed and thousands more displaced due to the indiscriminate bombing of civilian areas and other violations of international humanitarian law. 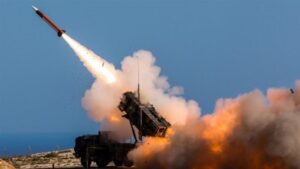 The Saudi Arabian capital of Riyadh was the target of air strikes fired by Yemen’s Houthi rebels. (Photo from AP)

Saudi Arabia is Hit with a Drone and Missile Attack

The Saudi Arabian capital city of Riyadh was hit this week by eight drones and three ballistic missiles fired by Yemen’s Houthi rebels. Saudi Arabia has often been targeted by Houthi forces during Yemen’s civil war, but this is the first attack on Riyadh since March. The Houthis said the Saudi Defense Ministry and a military base were the targets of the strikes. Saudi Arabia’s state news agency called the strikes “terrorist acts” and said that a Saudi-led military coalition intercepted one missile. The military base had no discernible signs of damage in the aftermath of the attack, and it is not thought that there were any civilian casualties. Saudi Arabia and the United Arab Emirates are leading a coalition in Yemen fighting against the Houthis, and air strikes against targets in Saudi Arabia are not uncommon. 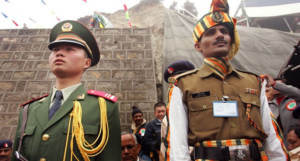 Chinese and Indian troops have recently engaged in combat along their shared border. (Photo from AP)

China and India are engaged in a border dispute, with several clashes occurring in recent weeks. The two nuclear-armed neighbors disagree over where the border between the countries falls in the Galwan Valley, a Himalayan region. A recent scuffle between border guards from both countries left 20 Indian soldiers dead, and while China has not released official losses, Indian leaders have said their forces inflicted casualties. India has accused China of constructing observation posts and other military structures on its side of the border, an accusation China disputes, saying the installations are on Chinese territory. India and China share a border of roughly 2,200 miles, with much of it unmarked.