Welcome to our NIF Newsletter. In this week’s headlines: President Trump signs an executive order on police reform, U.N. human rights experts condemn the Israeli government’s annexation plans, new U.S. sanctions are imposed on the Syrian regime, and Human Rights Watch calls for an investigation into potential abuses committed by renegade military commander Haftar’s Libyan National Army forces after the discovery of mass graves in territory formerly under their control. 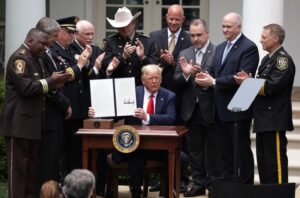 Trump signed the executive order during an event in the White House Rose Garden. (Photo from Getty Images)

This week, President Trump signed an executive order on police reform, as both Democratic and Republican federal lawmakers initiate proposals on Capitol Hill as well. In a speech given before signing the order, Trump stated that it would ban the use of police chokeholds “except if the officer’s life is at risk.” It will also create a national database to track police misconduct, condition Department of Justice (DOJ) grants on whether local departments meet certain training standards, and provide them with incentives to involve trained professionals like social workers to respond to calls for certain nonviolent issues such as mental health, homelessness, and drug addiction. The Trump administration worked with police groups, religious leaders, and family organizations to craft the executive order, according to senior officials. It comes in the aftermath of the widespread outrage surrounding the recent killing of George Floyd, which has sparked worldwide protests against police brutality and racial injustice. 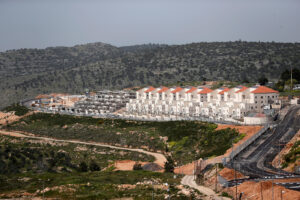 The annexation plans would intensify already-existing human rights violations in the West Bank. (Photo from Reuters)

A large group of 47 independent U.N. human rights experts have condemned the Israeli government’s plan to annex parts of the occupied West Bank, calling it a “vision of a 21st century apartheid.” In a joint statement, they urged other countries to express their opposition as well and warned that the move would be a serious violation of the United Nations Charter and the Geneva Conventions. The signatories also criticized the current U.S. administration for its encouragement, stating that: “On many occasions over the past 75 years, the United States has played an important role in the advancement of global human rights. On this occasion, it should be ardently opposing the imminent breach of a fundamental principle of international law, rather than actively abetting its violation.” The human rights experts are just the latest in a long list of critics, both at the domestic and international level, to speak out against the plans.

U.S. Sanctions Against the Syrian Regime 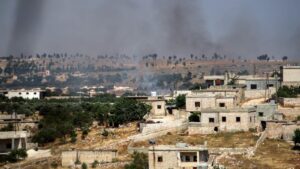 New U.S. Sanctions are Imposed on the Syrian Regime

The United States imposed sanctions on the Syrian government this week, accelerating Syria’s economic decline. The Caesar Act, passed as part of the American government’s annual defense spending bill, targets members of the Syrian regime led by Bashar al-Assad. The sanctions are the most severe regulations placed on officials since the start of the Syrian revolution nine years ago. Collectively, the sanctions are known as the Caesar Syrian Civilian Protection Act, or Caesar Act for short. The sanctions came to fruition as a result of a member of the Syrian military defecting to Qatar and bringing thousands of photos with him that documented widespread atrocities committed by the Assad regime. This individual, using the pseudonym Caesar, testified before the Senate Foreign Affairs Committee in March of this year.

HRW Calls for an Investigation 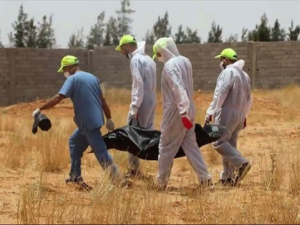 Human Rights Watch (HRW) has called for an immediate investigation after video footage surfaced of fighters allied with renegade military commander Khalifa Haftar’s Libyan National Army (LNA) committing human rights abuses during the ongoing Libya conflict. Human Rights Watch brought attention to multiple videos posted on social media that show fighters from the Libyan National Army torturing prisoners, desecrating bodies, and harassing civilians. The abuses allegedly occurred during the Libyan National Army’s offensive on the Libyan capital of Tripoli, which has since been repulsed by government forces. Human Rights Watch has previously contacted Libyan warlord and commander of the LNA, Khalifa Haftar, regarding human rights abuses committed by his forces, but Haftar has failed to respond.