Welcome back to the NIF Newsletter. This week, the mounting tensions between Tehran and Washington echoed in the halls of Congress, where legislators from both parties sought to reinforce constitutional norms on the war power with a symbolic vote. This was not the only congressional engagement with foreign affairs, as both houses made moves to defend Congress’s role in approving arms sales. On the domestic front, Election 2020 came into full swing as Democratic Party candidates for the presidency had their first primary debates. While the debates largely avoided discussion of foreign affairs, they gave some indication of how prospective nominees hope to position themselves. Learn more in this week’s issue. 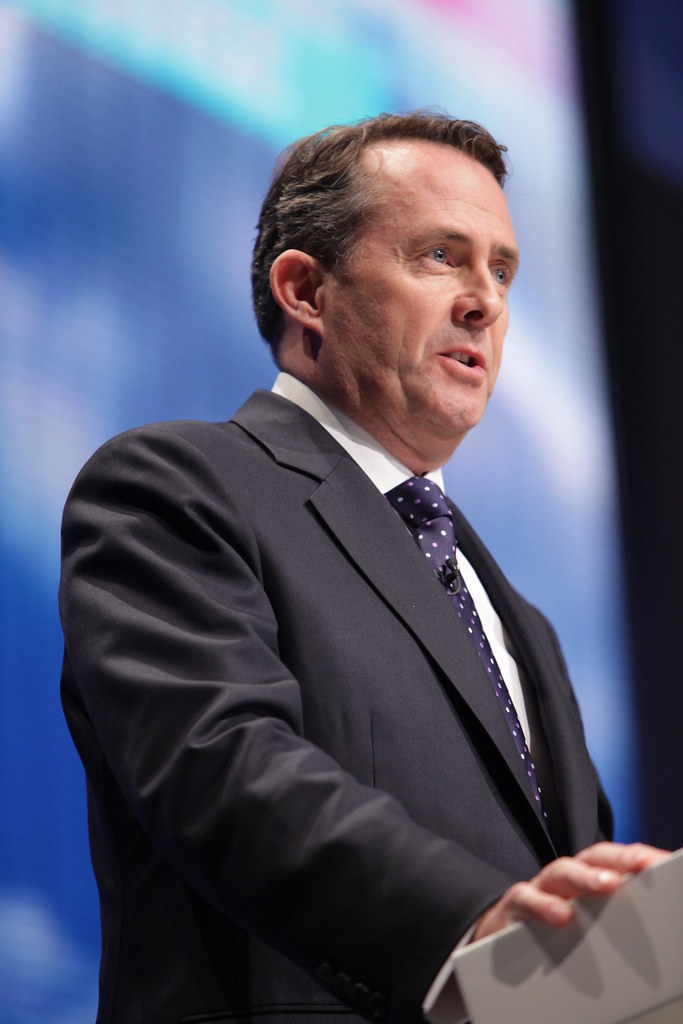 False Emergencies) Act“. The bill was advanced on a bipartisan basis, and it rests on clarifying what an “emergency” can be within the provisions of the Arms Export Control Act. It restricts such emergencies to the aid of NATO members, South Korea, Japan, New Zealand, Australia, and Israel, and only in circumstances where those nations faced a physical threat. The legislation also stipulates that ‘emergency’ sales can only consist of deliveries that will

occur within two months. The authors argue that the fact that sales to Saudi Arabia and the UAE under the Trump plan will take years proves that they are not being undertaken in response to any real immediate need. The House is set to vote on last week’s resolutions against unilateral arms sales on July 9th, following the Independence Day recess. As for the Senate, the successful resolutions against arms sales from last week suggest that it will vote for the SAFE Act as well. Across the Atlantic, British courts have blocked arms sales to Saudi Arabia, ruling that the sales violate British law, which does not allow arms sales that would result in “serious violation of international humanitarian law,” which the humanitarian disaster in Yemen exemplifies. While the prime minister wishes to appeal this, the Secretary of State for international trade, Liam Fox, stated that the government will not grant additional export licenses for such arms sales.

The Senate was not alone in its scrutiny of Saudi government behavior this week. The House Foreign Affairs Committee advanced, via unanimous vote, the Saudi Arabia Human Rights and Accountability Act, which demands that the intelligence services list every “foreign person” involved with the murder of Jamal Khashoggi. It is widely believed that the CIA has determined Crown Prince Muhammad bin Salman’s culpability in ordering the murder. As a result, Saudi Arabia would face sanctions under the bill if it is passed. However the bill itself includes an avenue for relief from sanctions, which includes measures such as an internationally-overseen Khashoggi investigation and the release of political prisoners. The appetite for these bills has likely been driven by the Trump Administration’s continued refusal to investigate the crown prince’s role in the assassination. Indeed, Republicans and Democrats alike have rebuked Secretary of State Mike Pompeo for his refusal to carry out the extent of investigation that is already legally mandated. On Wednesday, a report from a United Nations expert called for an investigation into the Crown Prince’s role in the murder. Altogether these mark a series of unprecedented rebukes of the Saudi government by British and American authorities.

This afternoon, the Senate voted down an amendment to the National Defense Authorization Act (NDAA) by Tom Udall of New Mexico and Tim Kaine of Virginia which would refuse funding for a war with Iran unless it is authorized. The amendment received 50 votes for, consisting of 46 Democrats and 4 Republicans, and 46 against, which meant it did not reach the threshold of 60 required to pass such an amendment. That said, even if p 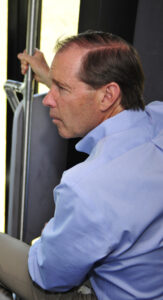 assed, the amendment would have been symbolic, because the president cannot legally go to war on his own. It merely affirms the language of Article I, Section 8 of the Constitution. Constitutionally speaking, Congress must authorize a war if it is to take place, and no war with Iran has been authorized by Congress. Still, the debate over the amendment revealed fault lines within Congress. Senator Tom Cotton took the the Senate floor to claim such an amendment “tie[s] the Commander-in-Chief’s hands”, claiming that this would entail undue interference with war policy. However, the fact is that the War Power is specifically invested in Congress by the Constitution. While this has been generally ignored by the Obama and Trump administrations, it remains a fact, and a full-scale intervention rather than the indirect interventions of the Obama administration is likely to raise public ire.

Earlier today, Senators Rand Paul, R-Ky., and Ron Wyden, D-Ore., alongside Representatives Justin Amash. R-Mich., and Zoe Lofgren, D-Calif., introduced the Ending Mass Collection of Americans’ Phone Records Act in both houses of Congress. The legislators emphasize both the illegality of current practice under the Fourth Amendment, and the complete failure of the program to stop any terrorist activity, according to U.S. officials. Senator Wyden stated outright that he considers this legislation, “just the opening bid in a much-needed, broad overhaul of Section 215 of the Patriot Act.” The 2015 USA FREEDOM Act, initially planned as a civil libertarian reform, ended up enshrining some of the Patriot Act’s provisions, leading to such an over-collection of data that the NSA needed to delete a considerable amount of it. With Congress’s current composition, and the constitutionalist wing of the GOP that has supported restrictions on executive behavior, this reform stands a good chance of success.

The Trump Administration’s economic plan for Israeli-Palestinian peace, which claims to use economics as a vehicle

for a lasting settlement, 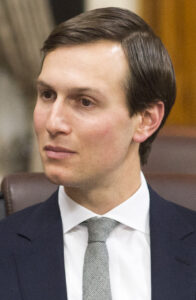 has been largely shrugged off. Presented at a conference in Bahrain, with businessmen from across the region but not official representation from the Palestinian or Israeli governments, the plan calls for $50 billion in investment projects, including infrastructure, with the aim of normalizing life for Palestinians, with the intention that Gulf states will fund much of this amount. The key element of this plan is a travel corridor, both rail and road, to link the West Bank and Gaza, cutting through Israeli territory, as the two sections of Palestine are currently separated by 25 miles of Israeli travel restrictions. Easier links between the West Bank and Gaza would be welcome, however it is highly unlikely that Israeli authorities would acquiesce to letting such a highway be constructed across its territory, as this would amount to a ceding of considerable geographic control. Former U.S. Ambassador to Egypt and Israel, Dan Kurtzer, said “I would give this so-called plan a C- from an undergraduate student. The authors of the plan clearly understand nothing.” While this portion of the plan had been pitched as the economic section, to be followed by a political settlement in the fall, from what has been announced, it is contingent on political decisions by the Israeli government. As such, it might not be possible to chart the future course of the “Deal of the Century” without its political component. Perhaps the muted response to the economic “Deal” might result in an earlier unveiling of the political component, but there has been no word on this as of yet.

norm for the party. Due to the number of candidates, the debate was spread across two days. The first debate saw Rep. Gabbard of Hawaii argue strongly against a prospective war with Iran, emphasizing that it would be “more devastating, far more costly than anything we ever saw in Iraq. It would take many more lives. It would exacerbate the refugee crisis.” While she then took a hawkish stance on the previous Iran deal itself, she urged the president to re-enter it in order to reduce tensions. 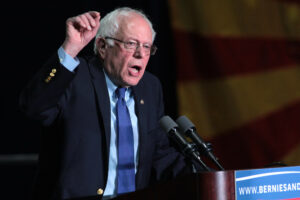 The commitment to re-enter the deal was shared by all of the other candidates onstage, with the exception of New Jersey senator Cory Booker. On the second night, foreign policy was even more absent, however Senator Sanders addressed the Yemen war and humanitarian crisis in detail, emphasizing the importance of congressional war powers and calling for an end to U.S. support for that war. That said, today Senator Warren released a plan for a professionalized diplomatic corps, which reflects frustrations with the current White House-based approach to foreign policy. It remains a lower-priority agenda item for candidates, but it may well be that the arms sales and war powers votes bring foreign affairs to the forefront.

Our interns have been hard at work and it is our pleasure to share with you some of the research they have been working on.

This week, we published a report by Mira Mercier on the Global Compact on Safe, Orderly, and Regular Migration and an article by Nicholas Jaramillo investigating the future of Hong Kong’s civil society protests.

As part of the National Interest Foundation’s educational programs, we encourage our interns to attend offsite policy events to learn about new areas of research. Ben Dunn wrote on a discussion of Russian-Venezuelan relations and Aaron Dai wrote on a panel about Azerbaijan’s regional role, both at the Atlantic Council.

Thank you for joining us!