Welcome to our NIF Newsletter. In this week’s headlines: large-scale protests against police brutality take place in major cities across the United States following the heinous killing of George Floyd, Hongkongers are banned from commemorating the Tiananmen Square anniversary this year, the United Nations announces that the opposing sides in the Libyan conflict have agreed to restart ceasefire talks, and former political prisoner and human rights activist Mohamed Soltan files a lawsuit against the ex-Egyptian prime minister over his detention. 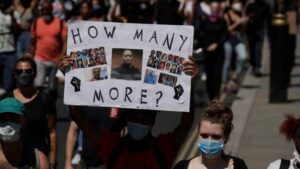 Major protests broke out domestically and around the world following the murder of George Floyd. (Photo from AP)

Protests have flared in major cities across the United States this week in response to the heinous murder of George Floyd, an African American man, by a police officer in Minneapolis. Demonstrators have been out in force protesting against police brutality, which has started a global movement to combat racial injustice and police violence. In the United States and around the world, people have taken to the streets to denounce systemic inequality and racial discrimination. Adding fuel to the fire, Amnesty International also released a report that found American police officers from dozens of cities were being trained in Israel, or by Israeli military forces. The report came immediately after the murder of Eyad Hallaq, an unarmed and mentally disabled Palestinian man who was killed by Israeli border guards in Jerusalem’s old city. In light of these events, the issues of police brutality and racial discrimination have been at the forefront around the world this week. 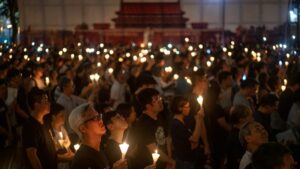 As tensions rise between Hong Kong and China, an annual vigil to commemorate the Tiananmen Square massacre has been cancelled for the first time in thirty years. Traditionally, Hong Kong has been the lone Chinese territory to mark the anniversary of the brutal crackdown. Demonstrations within mainland China are tightly regulated, and information about the incident is closely guarded. Hong Kong police rejected organizers’ request to hold the demonstration, citing a fear that COVID-19 could spread rampantly during the event. Even before police refused to allow the demonstration, relations between Hong Kong and Beijing were at an all-time low due to a recently enacted national security law. The law in question significantly undermines the freedom afforded to Hong Kong under the “One Country, Two Systems” policy, and protests have broken out in response. 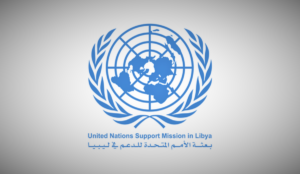 In a statement posted online, UNSMIL said that it welcomed the plan to resume talks. (Photo from UNSMIL)

Earlier this week, the United Nations announced that Libya’s warring parties have agreed to restart ceasefire talks. Renegade military commander Khalifa Haftar and his Libyan National Army (LNA) forces have been waging an offensive since April of 2019 on the capital city of Tripoli, where the internationally-recognized Government of National Accord (GNA) is based. Delegates from the rival sides will conduct the ceasefire talks through video calls because of the ongoing coronavirus pandemic. A previous attempt to negotiate a ceasefire in Moscow back in January failed after Haftar left without signing. The United Nations has blamed foreign intervention for prolonging the Libyan conflict and preventing a peaceful resolution to the crisis. 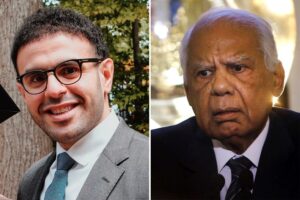 In the lawsuit, Soltan accuses El-Beblawi of ordering his arrest, torture, and attempted assassination. (Photo from AP)

Former political prisoner and human rights activist Mohamed Soltan filed a lawsuit against ex-Egyptian Prime Minister Hazem El-Beblawi over his detention. Soltan, an Egyptian-American, was arrested, detained, and tortured during a brutal crackdown in Cairo back in 2013. He engaged in a 15-month hunger strike and was eventually released in May of 2015 after relinquishing his Egyptian citizenship. In the lawsuit, Soltan accuses El-Beblawi of coordinating with other government officials to oversee his arrest and torture. El-Beblawi currently resides in the Washington D.C. area, and the 1991 Torture Victim Protection Act allows civil suits to be filed in the United States against individuals who committed torture or killings while acting in an official capacity for a foreign nation, if the defendants are in the U.S. and no longer serving as heads of state.