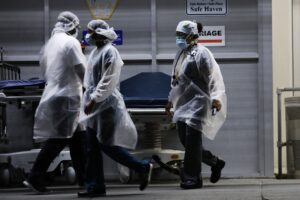 The United States surpassed a grim milestone this week in the country’s coronavirus outbreak. (Photo from Getty Images)

This week, the United States reached a grim milestone in the ongoing coronavirus pandemic, as over 100,000 Americans have now died from the virus. The U.S. has not only the highest fatality total, but also the highest number of confirmed cases in the world – making up more than 30% of the global total. The death toll from COVID-19 in the United States now exceeds the total casualties suffered by American military personnel in every conflict since the Korean War. Despite this, many states across the country are entering into the initial stages of reopening their economies. New Jersey is the only state to not begin doing this in some capacity, with all 49 other states starting the process of restarting to a degree. The United States is currently reporting over 1.7 million infections in addition to the 100,000+ dead. However, top infectious disease experts believe the numbers to be even higher due to undiagnosed cases, and people dying of symptoms brought on by the virus. Additionally, it is thought that many cases of COVID-19 were misdiagnosed, or not diagnosed at all during the early stages of the virus. 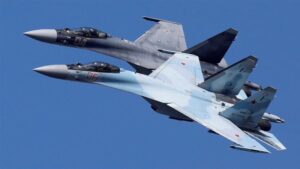 The U.S. military announced that Russia deployed military aircraft to Libya to aid Russian mercenaries fighting alongside warlord Khalifa Haftar. Officially, Russia maintains no military personnel in Libya. Unofficially however, the Russian paramilitary organization Wagner Group is long suspected of being active in the country. On Tuesday, the United States’ Africa Command accused the Russian government of sending fighter jets to Libya to assist the mercenaries fighting alongside Haftar’s forces. According to Africa Command, the aircraft left Russia for Syria initially, where they were repainted to conceal their true identity. The jets then continued on to Libya to support Haftar. The Russian Defense Ministry declined comment to news organizations asking for a response to the allegations, and a member of the defense committee in the lower house of Russia’s parliament said it was “fake news.” 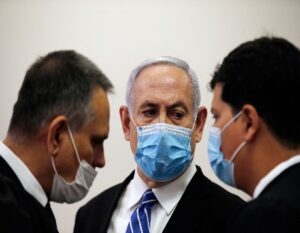 Netanyahu is facing criminal charges of fraud, bribery, and breach of trust. (Photo from AP)

Earlier this week, embattled Benjamin Netanyahu became the first sitting Israeli prime minister to go on trial. His predecessor, Ehud Olmert, went to prison for corruption but resigned long before his respective trial so he was not in office at the time. Netanyahu is facing criminal charges of fraud, bribery, and breach of trust in a series of cases. He is accused, among other things, of accepting lavish gifts and offering to grant favors to media moguls in exchange for favorable coverage of him and his family. The trial, which was delayed for two months because of the ongoing coronavirus pandemic, begins a week after Netanyahu was sworn in for another term as part of a power-sharing government deal with his political rival Benny Gantz. 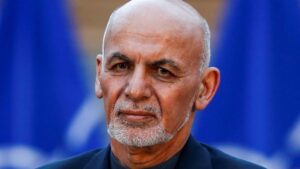 The government of Afghanistan has agreed to release 900 Taliban prisoners immediately following a ceasefire to mark Eid al-Fitr. (Photo from Reuters)