Welcome to our NIF Newsletter. In this week’s headlines: President Trump admits that he is taking unproven hydroxychloroquine as a preventative treatment against the coronavirus, Palestinian President Abbas announces that accords signed with Israel and the United States are void in light of the new Israeli government contemplating annexation of parts of the occupied West Bank, WHO member states adopt a resolution to set up an independent inquiry into the global response to the coronavirus, and opposing sides in the Syrian conflict agree to a future meeting in Geneva for negotiations. 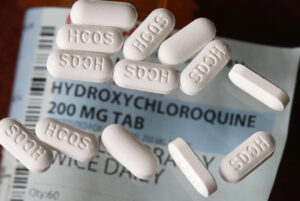 President Trump announced he was taking hydroxychloroquine as a precaution against COVID-19. (Photo from AP)

Trump Taking Unproven Hydroxychloroquine as a Preventative Treatment Against the Coronavirus

President Trump stated earlier this week that he is taking hydroxychloroquine as a preventative measure against COVID-19. The controversial anti-malaria drug has been touted by the president as a coronavirus treatment multiple times in recent weeks, despite the opinion held by medical professionals and the Food and Drug Administration (FDA) that the drug is unpredictable and potentially deadly. The FDA said that hydroxychloroquine was linked to serious heart risks in patients, and the largest study conducted on the drug to date found that it failed to improve the condition of COVID-19 patients and was tied to a larger number of deaths. Despite this, President Trump claimed that he had been taking the drug for two weeks and had not felt any adverse effects. White House doctor Sean Conley said in a statement that he advised the president but the “potential benefits outweighed the risks.” 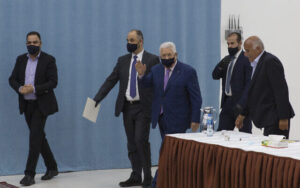 Abbas made the announcement during a leadership meeting in Ramallah. (Photo from AP)

Palestinian President Abbas: Accords Signed with Israel and the U.S. are Void

Palestinian President Mahmoud Abbas has stated that agreements signed with Israel and the United States are void, in light of the newly sworn-in Israeli government contemplating annexation of parts of the occupied West Bank. Abbas made the announcement during an emergency leadership meeting in Ramallah. In his address, which was broadcast on Palestinian television, Abbas also said that he was still ready to negotiate with Israel and remains committed to a two-state solution. The annexation plans being considered by the new Israeli government are in accordance with U.S. President Donald Trump’s heavily criticized Mideast Peace Plan and have received widespread international opposition, including most recently from former U.S. Vice President and 2020 presidential candidate Joe Biden.

WHO Members Agree to Inquiry 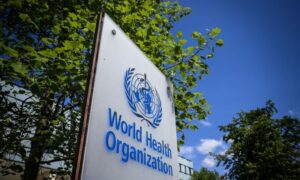 WHO member states met virtually and agreed to a probe into the global response to the pandemic. (Photo from Getty Images)

World Health Organization (WHO) member states have adopted a resolution to set up an independent inquiry into the global response to the coronavirus pandemic. The resolution was presented by the European Union (EU) on behalf of 100 nations and passed without objection during the WHO’s annual assembly meeting, which was held virtually this year due to the ongoing health crisis. It calls for an “impartial, independent, and comprehensive evaluation” of the international response and will also examine both the WHO’s timelines relating to the pandemic as well as the source of the virus and the way in which it was introduced to the human population. The coronavirus was first detected in the Chinese city of Wuhan in late 2019 and a number of nations, including the United States, have accused authorities there of withholding information during the early stages of the outbreak. 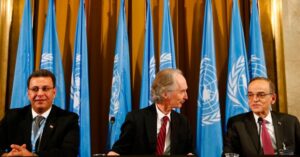 Syria’s opposing parties will meet for peace talks in Geneva, according to UN Special Envoy Geir Pedersen. (Photo from AFP)

The United Nations’ Special Envoy to Syria, Geir Pedersen, announced that the opposing parties in the Syrian conflict had agreed to meet in Geneva for another round of peace talks. During his statement, Geir Pederson said that the talks would be held as soon as it was safe to do so amid the coronavirus pandemic. Representatives from both sides will meet in Switzerland, and negotiations over Syria’s future constitution will resume. This will mark the ninth round of Syrian peace talks in Geneva, adding to a further twelve rounds of negotiations held in Kazakhstan. Syria’s revolution is in a temporary lull as a result of the ongoing health crisis, and Pedersen said he hoped that the current period of “relative calm” would build confidence on both sides ahead of the peace talks.