May 14, 2020 / NIF USA / Comments Off on The National Interest Foundation Newsletter, Issue 45

Welcome to our NIF Newsletter. In this week’s headlines: Dr. Fauci warns of serious consequences if the United States reopens too soon, the Supreme Court hears arguments on three cases relating to President Trump’s tax returns, House Democrats unveil a new $3 trillion coronavirus relief bill, Turkey slams a joint statement made by five nations regarding their policy in Libya, and multiple attacks in Afghanistan target a hospital and funeral ceremony. 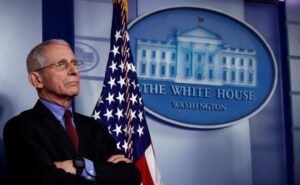 Dr. Fauci warned senators about the risks of reopening the country too quickly during a hearing on Tuesday. (Photo from AP)

Dr. Fauci Warns of Serious Consequences if the U.S. Reopens Too Soon

Dr. Anthony Fauci, the prominent infectious disease specialist leading the nation’s fight against COVID-19, issued a stark warning that opening the country too soon could lead to harsh consequences. Fauci testified before senators on Tuesday that reopening the country before it was safe to do so could have severe repercussions, including a second outbreak of the virus. He also repudiated President Trump’s message from earlier in the week, by saying that while containment of the virus was moving in the right direction, it was not yet under control. The president has been projecting a more positive message, saying on Monday that the United States had “prevailed” in its fight with the virus. Fauci also rejected the president’s claim that the virus would go away without a vaccine, which he had told Republican senators on a conference call late last week. 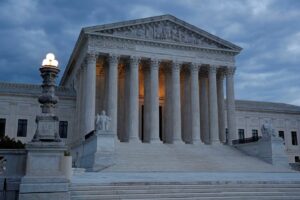 The Supreme Court is deliberating whether President Trump has to release his tax returns. (Photo from AP)

The Supreme Court took up three cases this week pertaining to the release of President Trump’s tax returns. The court is deliberating on the subject after lawyers for the president appealed against a lower court’s ruling that the records must be released. Both the House of Representatives and a New York State prosecutor are litigating to enable them to subpoena documents from banks and financial institutions used by the president. The justices are hearing oral arguments from both sides via videoconference due to the ongoing COVID-19 pandemic. The early stages of the arguments revolved around the separation of powers and the level of protection the executive branch should receive from political harassment. 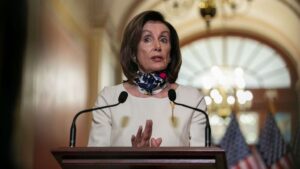 Earlier this week, House Democrats unveiled a new $3 trillion coronavirus relief package aimed at easing the pandemic’s effect on the economy and health care system. The bill would include another round of direct payments to Americans, and leaders announced that the House will vote on the legislation this Friday. Even if the measure is passed in the House, it is not expected to clear the Senate, as Majority Leader Mitch McConnell has expressed his belief that it is unnecessary to work on a new aid package at this time. Other components of the bill include assistance to state and local governments, hazard pay for frontline health care workers, protection from eviction for renters and homeowners, assistance for farmers, a bolstering of Medicaid and Medicare, and forgiveness of student debt. 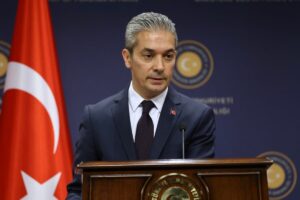 Turkey slammed a joint statement made by the foreign ministers of France, Greece, Egypt, Cyprus, and the United Arab Emirates regarding their policy in Libya and the eastern Mediterranean Sea. The five nations criticized Turkey for supporting the internationally-recognized Government of National Accord (GNA) in Libya, and Turkey responded by accusing the group of “seeking regional chaos and instability” and “sacrificing Libyans’ hope for democracy” by backing renegade military commander Khalifa Haftar – who has laid siege on the capital city of Tripoli since April of 2019. The GNA also rejected the joint statement, calling it ‘‘blatant interference in Libya’s internal affairs” and emphasized that it has the right to defend the interests of the Libyan state as an internationally-recognized entity. 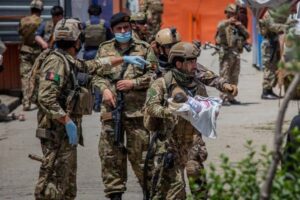 At least 48 people were killed as Afghanistan is rocked by two attacks in a matter of hours. (Photo from New York Times)

Multiple Attacks in Afghanistan Target a Hospital and Funeral Ceremony

Multiple attacks rocked Afghanistan on Tuesday, which resulted in at least 48 deaths, including two newborn infants in a maternity ward. On Tuesday afternoon local time, gunmen stormed a hospital where Doctors Without Borders runs a maternity ward, and killed 24 people including two infants. Doctors Without Borders and other international aid groups immediately condemned the attack and said that protections for civilians must be increased in the face of violence. The attack at the hospital followed a suicide bombing at a funeral earlier in the day. Afghan President Ashraf Ghani blamed the Taliban for the attacks, and pledged to immediately resume full military operations against the group. However, Taliban spokesman Zabiullah Mujahid denied the group was behind the attacks.