Welcome to our NIF Newsletter. In this week’s headlines: ousted vaccine director Dr. Bright files a whistleblower complaint alleging that his coronavirus warnings were ignored, President Trump announces that Dr. Fauci will testify in the Senate but not the House, the Israeli Supreme Court rules that embattled Prime Minister Netanyahu can form a new government with his political rival despite being criminally-indicted on corruption charges, and Libya’s internationally-recognized Government of National Accord launches an operation to capture al-Watiya airbase from renegade military commander Haftar. 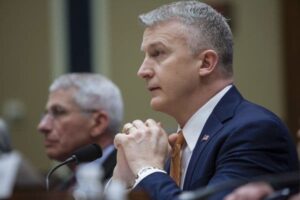 The ousted vaccine director filed a whistleblower complaint accusing the Trump Administration of ignoring his COVID-19 warnings. (Photo from Bloomberg)

Dr. Rick Bright, the ousted director of the Biomedical Advanced Research and Development Authority, filed a whistleblower complaint against the Trump administration for ignoring his warnings about the United States’ preparedness to handle the coronavirus. Dr. Bright alleged that he was reassigned to a lower position after failing to push policies favored by President Trump and some members of his cabinet. In the complaint, Bright said he raised concerns about shortages of critical medical supplies in January, but his superiors, including Health Secretary Alex Azar, did not take him seriously. Bright also accused the Department of Health and Human Services (HHS) leadership of forcing him to make questionable treatments such as hydroxychloroquine widely available after the president touted them at his daily briefings. On a conference call with media members after filing the complaint, Bright said he was being pressured to put cronyism and politics above science to protect the president. 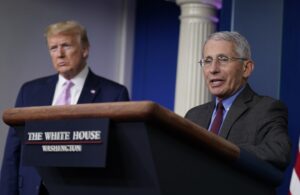 Dr. Fauci is set to appear before a Senate committee next week. (Photo from AP)

Trump Says Dr. Fauci Will Testify in the Senate, but Not the House

President Trump has stated that Dr. Anthony Fauci, Director of the National Institute of Allergy and Infectious Diseases (NIAID) and the nation’s top infectious disease expert, will be allowed to testify before the Senate next week, but not the House. Trump said he was barring Fauci from doing so before a House subcommittee because the hearing was “a setup.” Last week, Dr. Fauci was also blocked from testifying in front of the House on the issue of coronavirus testing spending, and the Trump administration has issued new guidelines preventing task force members from appearing before Congressional panels this month unless White House chief of staff Mark Meadows grants permission. Dr. Fauci, Centers for Disease Control and Prevention (CDC) Director Robert Redfield, and other experts are scheduled to testify in the Senate next week. 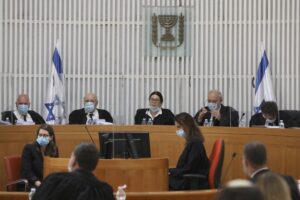 Israel’s Supreme Court ruled that the coalition agreement between Netanyahu and Gantz was legal. (Photo from AP)

Israel’s Supreme Court ruled unanimously that a power-sharing agreement between embattled incumbent Prime Minister Benjamin Netanyahu and his rival Benny Gantz was lawful, despite Netanyahu being under criminal indictment for bribery and breach of trust. The decision ended 17 months of political deadlock in Israel, and prevents the country from calling a fourth election in a period of just over a year. As a result, Netanyahu and Gantz expect their coalition to be sworn into office next week. The Supreme Court investigated whether Israeli law allowed for an individual charged with severe crimes to be sworn in as prime minster after critics and government watchdogs brought the case to the court. The justices expressed their unease about the coalition deal, but ruled that nothing in it was illegal, and there were no grounds to prevent it. 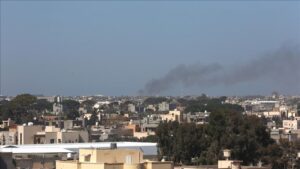 Internationally-Recognized Government of National Accord Launches Operation to Capture Airbase

Forces loyal to Libya’s internationally-recognized government seized parts of the al-Watiya airbase, which had been under rebel control since 2014. The airbase, located to the southwest of Tripoli, had been held by forces belonging to rogue commander Khalifa Haftar since it was initially captured nearly six years ago. Haftar has used the airbase to launch attacks on the Tripoli-based Government of National Accord (GNA), and it is considered a key strategic position by both sides. The operation in al-Watiya comes not long after the Government of National Accord recaptured seven key towns from Haftar’s Libyan National Army (LNA). The LNA also recently failed in an attack on Tripoli, which has added to the GNA’s momentum.