Welcome to our NIF Newsletter. In this week’s headlines: the latest domestic updates on the COVID-19 pandemic, the U.S. House of Representatives decides against returning to Washington next week, the State Department announces that the United States is “prepared to recognize” Israeli annexation of the occupied West Bank and Jordan Valley, and Haftar’s forces in Libya retreat after losing seven cities to the internationally-recognized government of Tripoli. 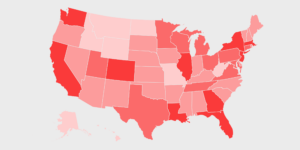 Confirmed coronavirus cases in the United States rose above 1 million, as some states begin to partially reopen. (Photo from NBC News)

This week, confirmed coronavirus cases in the United States surpassed 1 million, as some states begin to partially reopen. As of this afternoon, Johns Hopkins University estimates around 1,046,000 cases in the United States and over 61,000 fatalities. The death toll is now greater than the entire casualty total from the Vietnam War, and certain projection models have increased their predicted long-term death totals. Strict social distancing rules have worked well, according to health care professionals, and these regulations should continue to stay in place. However, some states have begun enacting plans to reopen their economies, despite warnings from individuals in the medical industry. Georgia, Texas, and Iowa are among the states that have announced plans to slowly reopen certain sectors and businesses. 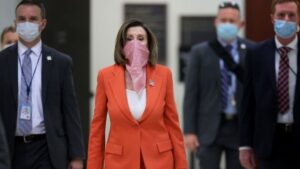 The House of Representatives has changed its plans and will not be returning to Washington next week. (Photo from Getty Images)

The House of Representatives Delays Return to Washington

The House of Representatives reversed course and announced that members would not be returning to Washington next week amid concerns over their safety. Washington D.C. currently has over 38,000 cases of COVID-19, with thousands more in the nearby suburbs of Maryland and Virginia. Majority Leader Steny Hoyer announced that after consultation with lawmakers on both sides of the aisle and the Capitol physician, representatives would not be required to return to Washington D.C as had been originally planned. The House had initially planned to return on May 4th, the same day as the Senate. However, widespread backlash from both Republicans and Democrats forced the leadership to reconsider. This has not dissuaded the Senate, as Majority Leader Mitch McConnell still intends on calling his chamber back, despite warnings from the Capitol physician. 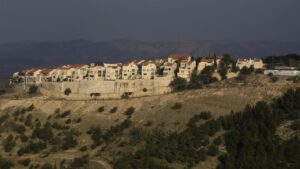 The United States is “prepared to recognize” Israel’s annexation of much of the occupied West Bank, including the Jordan Valley, according to a State Department spokesperson. The move would be in accordance with President Trump’s widely-criticized Mideast Peace Plan, which the White House released back in January. Palestinians have emphatically rejected the Trump proposal, and the international community has long recognized that Israeli settlements in the occupied West Bank are illegal under international law. The United Nations and the European Union have warned Israel against the annexation plans, with U.N. special Middle East envoy Nickolay Mladenov stating that it would be a “devastating blow” to the internationally-backed two-state solution. 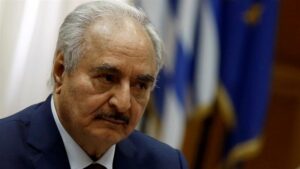 Haftar Forces in Retreat, Losing 7 Cities to the Internationally-Recognized Government of Tripoli

Libyan military commander Khalifa Haftar and his forces are in retreat after suffering a string of defeats in Libya’s northwest, including losses around the capital of Tripoli. In a two-day span, the internationally-recognized Government of National Accord captured seven towns from Haftar, and repelled an attack on the capital city. Haftar is leading the Libyan National Army, a rebel group that opposes the Government of National Accord. Following the losses, Haftar declared during a television address that a 2015 United Nations unity agreement was “a thing of the past” and stated that he would unilaterally create a new government, which has been roundly condemned by the international community. His announcement is widely seen as a distraction to his successive military defeats, and a way to firm up his control over eastern Libya, where his forces are based.