Welcome to this week’s edition of the NIF Newsletter. In our domestic and foreign affairs headlines: the Senate impeachment trial wraps up with President Trump’s expected acquittal, the first 2020 U.S. presidential election ballots are cast in the Iowa caucuses, President Trump delivers his State of the Union address to the nation, Turkish and Syrian forces clash in Idlib, and Iraq names Mohammed Allawi the country’s new prime minister. 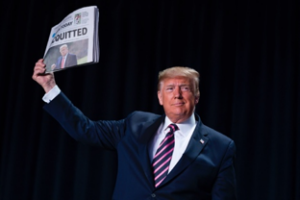 The Senate acquitted President Trump to end his impeachment trial. (Photo from AP)

The impeachment trial against President Trump concluded on Wednesday, as the Senate voted to acquit him of both articles of impeachment. The voting tally on the first article, abuse of power, was 52-48 not guilty, with all Democrats and Senator Mitt Romney voting to convict the President, and all other Republicans voting to acquit. The second article, obstruction of Congress, was voted down on a pure party line, 53-47 for acquittal. The Senate’s vote to acquit the president ends a four-month long saga that began in September when House Speaker Nancy Pelosi launched an impeachment inquiry after an anonymous whistleblower complaint shed light on a phone call between President Trump and Ukrainian President Volodymyr Zelensky. 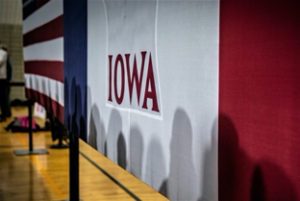 Confusion reigned in Iowa after the app designed to streamline the results-process malfunctioned. (Photo from NHPR)

The first votes in the 2020 presidential campaign were cast on Monday in the Iowa caucuses, and the results were marred by overall confusion and frustration. Iowa’s Democratic Party was unable to release the results after caucusing concluded, and was only able to report partial results 24 hours later. Iowa Democratic Party leaders blamed the delay on the failing of an app, “Shadow,” which they had commissioned to streamline the results-getting process. Despite this delay, Mayor Pete Buttigieg of South Bend, Indiana wasted no time in declaring himself the victor over the objections of his fellow candidates. The partial tallies indeed showed Buttigieg with a slim lead over Senator Bernie Sanders of Vermont, with Senator Elizabeth Warren and former-Vice President Joe Biden behind them. 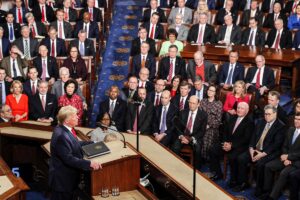 On Tuesday evening, President Trump delivered his State of the Union address to the nation. (Photo from AP)

President Trump Delivers His State of the Union Address

President Trump gave his 2020 State of the Union on Tuesday evening and extoled the successes of his third year in office while giving grand predictions for the next year. Trump’s speech focused on the revitalized American economy, and America’s progress under his administration. He commended America’s blue-collar workforce and spoke of his pride in renewing America’s “manufacturing might.” There was no mention of the ongoing impeachment inquiry the President faced, as the Senate was poised to acquit him of all charges and eventually did so. As he entered the floor of the House of Representatives, President Trump was met by grand applause from Republican lawmakers, who chanted “four more years” as he approached the Speaker’s lectern. The response from Democrats was predictably subdued, particularly after the President snubbed Speaker Nancy Pelosi’s attempt at a handshake before his speech. 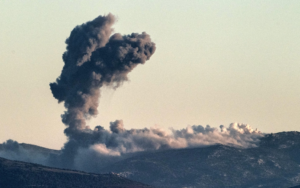 Turkish and Syrian forces exchanged fire in the border province of Idlib this week. (Photo from Getty Images)

Turkish and Syrian forces exchanged fire this week in Syria’s border province of Idlib. Six Turkish soldiers were killed by artillery strikes carried out by the Syrian government, and Turkey responded with airstrikes, inflicting 35 casualties on Syrian government forces. Idlib is the last remaining province under rebel control and winning it back would mean victory for the government in Syria’s long civil war. Russia, who works closely with Turkey in other areas of foreign policy but is aligned with the Syrian government, said that the Syrians were targeting al-Qaeda militants with their strike, and inadvertently hit a Turkish convoy instead. Turkey has long backed Syria’s rebels, and has sought to delay a joint Syria-Russia offensive to retake Idlib, as any operation would push thousands of refugees toward the Turkish border. 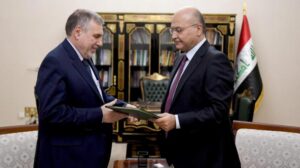 Iraqi President Barham Salih appointed Mohammed Allawi, a former communications minister and member of the Iraqi parliament until 2005, as the country’s new prime minister. Allawi’s predecessor Adel Abdul Mahdi resigned from the post back in November of last year amid a wave of anti-government protests. Following his appointment, Allawi expressed support for the protests that have been taking place for the past four months and promised to fight corruption. He now has a month to form a new government, which must be approved by the Iraqi parliament. In an effort to do this, Allawi will assemble a team to negotiate with various political blocs and anti-government protesters.