Welcome to the latest edition of our NIF Newsletter. In this week’s headlines: the impeachment trial against President Trump begins in the Senate, world leaders meet at the 2020 World Economic Forum in Davos, a drone attack kills more than 100 government soldiers in Yemen, and the Berlin conference on Libya ends with an agreement on an arms embargo. 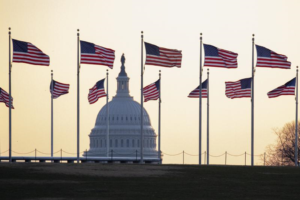 The impeachment trial in the Senate against President Trump officially began this week. (Photo from AP)

Senate Impeachment Trial Gets Under Way

The impeachment proceedings against President Trump officially began in the Senate this week, as the upper chamber of Congress will hear arguments in favor and against removing the president from office. Seven Democrats from the House of Representatives are making the case for impeachment, reiterating the findings that their body used as justification for voting to impeach the president back in mid-December. On the other side, the president has retained a legal team including Harvard professor Alan Dershowitz and White House council Pat Cipollone. The initial battle between the two sides will revolve around the calling of witnesses. Senate Democrats are keen to hear from multiple individuals, such as Secretary of State Mike Pompeo, former National Security Advisor John Bolton, and Director of the Office of Management and Budget Mick Mulvaney. President Trump and his defense team have cited executive privilege in declining to give the aforementioned witnesses permission to testify, and Senate Democrats do not have the requisite number of votes needed to issue subpoenas. 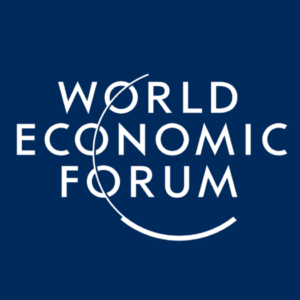 Business and government leaders met in Davos this week for the annual World Economic Forum. (Photo from Twitter)

World Leaders Meet at the 2020 WEF in Davos

World leaders in business and government descended on Davos, Switzerland this week for the annual conference hosted by the World Economic Forum. Among other topics, climate change, global financial institutions, and the world economy were discussed. Private executives and leaders of countries addressed the attendees on a range of topics, including multilateralism and the rapid growth of the technology industry. This year’s summit has a strong focus on sustainability, and climate change is a key part of the agenda. Activist Greta Thunberg gave remarks to attendees, and corporate executives highlighted how their companies are addressing sustainability in their business practices. 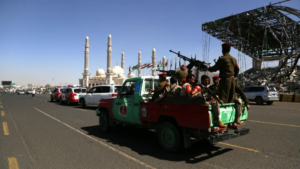 Over 100 government soldiers in Yemen were killed last Saturday, after a missile fired by Houthi rebels struck an army base. There was also a large number of wounded at the base, and authorities expect the death toll to rise in the coming days. The attack occurred in Yemen’s central province of Marib, about seventy miles from the capital, Sanaa. The strike broke a ceasefire negotiated by the United Nations in the port city of Hodeida, which is the primary point for food and humanitarian aid to enter Yemen. The attack is the latest development in Yemen’s grueling civil war, which has devolved into a proxy war between Saudi Arabia and Iran. To date, over 10,000 people have been killed, and three million more have been displaced. 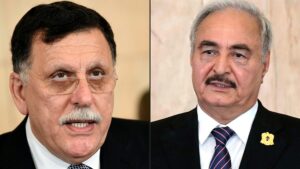 Countries who have had interests in the Libyan conflict agreed not to provide any further military support to the warring parties while a ceasefire is in place. (Photo from Getty Images)

Berlin Conference on Libya Results in an Arms Embargo Agreement

Following negotiations in Moscow last week regarding the Libyan conflict, stakeholders of the Berlin Conference on Libya reached an agreement to respect a U.N.-imposed arms embargo in order to prevent continued foreign interference. The Berlin conference marks the latest diplomatic attempt to resolve the ongoing conflict. World leaders seeking a lasting ceasefire in Libya also agreed to impose sanctions on any party which breaks the arms embargo and are considering sending a multinational force to the North African country. Representatives from twelve countries, in addition to the United Nations and other multilateral organizations, took part in the conference while the leaders from Libya’s two warring parties attended but did not participate. Libya currently has two rival administrations: the U.N.-recognized Government of National Accord (GNA) and one allied with the Libyan National Army.