Welcome to our latest edition of the NIF Newsletter. In this week’s headlines: Iran strikes two U.S. military bases in Iraq as retaliation for last week’s Soleimani killing, former National Security Adviser John Bolton states that he is willing to testify in the Senate impeachment trial if subpoenaed, House Speaker Nancy Pelosi announces plans for a War Powers Resolution, the Iraqi parliament votes to expel American forces from the country, and Turkey deploys troops to support the UN-backed government in Libya. 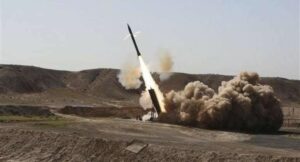 Iran attacked two American military bases in Iraq this week as retaliation for the killing of Qassem Soleimani. (Photo from Mehr News Agency)

Iran launched missiles at two American military bases in Iraq this week, as retaliation for the killing of General Qassem Soleimani. The Al-Asad base in Iraq’s Anbar province was hit by dozens of missiles, and a base in the city of Erbil was hit as well. Both bases house American and coalition troops that are currently fighting ISIS in Iraq. There were no casualties suffered by American or Iraqi forces, and President Trump said in a press conference on Wednesday morning that the structural damage was not serious. Iran claimed the attack was retribution for the American strike that killed its leading military commander, Qassem Soleimani. The attack appears to be as far as Iran was willing to go to avenge General Soleimani, with President Trump noting in his Wednesday press conference that Iran was standing down. 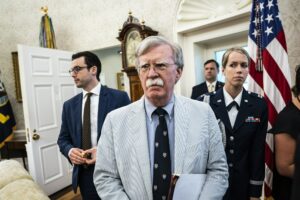 As a top former White House aide, Bolton could provide vital insight into the actions that prompted the impeachment inquiry against President Trump. (Photo from Getty Images)

Bolton Willing to Testify in the Senate Impeachment Trial if Subpoenaed

In one of the latest developments with the impeachment inquiry against President Trump, former National Security Adviser John Bolton announced that he is willing to testify in the Senate impeachment trial if subpoenaed. Bolton had refused to participate in the House impeachment inquiry while the Trump administration and Congress battled in court for access to witnesses and documentary evidence, but is now willing to cooperate in the Senate trial after a judge dismissed the case last week. Following his impeachment in the House, the Senate would need two-thirds of members to vote in favor of the charges in order to remove President Trump from office. The Senate trial has yet to formally begin, as Democrats and Republicans continue to clash over procedure and potential witnesses. 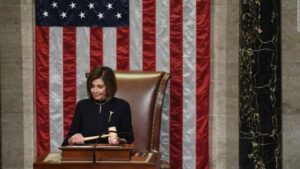 Speaker Nancy Pelosi announced that the House would be introducing a War Powers Resolution this week that seeks to limit the actions President Trump can take against Iran without prior congressional approval. Speaker Pelosi’s announcement came on the heels of the President deciding to kill Iranian General Qassem Soleimani without notifying Congress prior to the strike. The War Powers Act was initially passed in 1973 to limit military action a president could take without congressional approval. It has previously been used by Congress to check President Clinton’s actions in Kosovo and President Obama’s actions in Libya. The resolution is likely to pass the Democratic-controlled House of Representatives, but faces a firmer test in the Republican-held Senate. 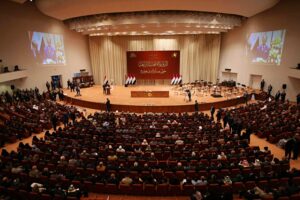 The Iraqi parliament passed a resolution which calls for the government to expel foreign troops from the country, including American forces. (Photo from AP)

Earlier this week, the Iraqi parliament passed a resolution calling for its government to expel foreign troops from the country, including American forces. The resolution is non-binding on the government, but Iraqi Prime Minister Adel Abdul Mahdi had urged the legislative body to take measures regarding ending the foreign troop presence as soon as possible. Many contend that the resolution was largely passed in an effort to quell public anger following last week’s American airstrike on a Baghdad airport which killed Iranian General Qassem Soleimani. In response to the passing of the resolution, U.S. President Donald Trump threatened to impose strong sanctions on Iraq if they in fact move forward with expelling American troops. 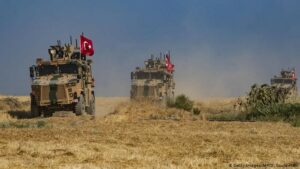 Turkey has begun sending troops to Libya to aid the Government of National Accord, which is supported by the United Nations. (Photo from Getty Images)

Turkey has begun moving troops to Libya in support of the United Nations-backed Government of National Accord (GNA), following a vote in parliament. The leader of the GNA, Fayez al-Sarraj, officially requested Turkish support for his ongoing battle against militants led by General Khalifa Haftar. General Haftar is supported by Egypt, Saudi Arabia, Russia, and the United Arab Emirates, and has been waging an insurgency against the UN-supported government from eastern Libya. Prime Minister al-Sarraj counts on support from Qatar in addition to Turkey, and has also received tacit backing from the United States. The movement of Turkish troops to the country adds yet another party to a conflict that is already overcrowded.