Welcome back to our first NIF Newsletter of 2020. We hope everyone had a great holiday season and a Happy New Year!

In this week’s headlines: an American airstrike kills Iranian General Qassem Soleimani, the U.S. Embassy in Iraq is attacked, former Nissan CEO Carlos Ghosn skips bail in Japan and flees to Lebanon, the human rights situation worsens in India, the stock market closes out a strong year in 2019, and a series of attacks take place against the Jewish community in New York City. 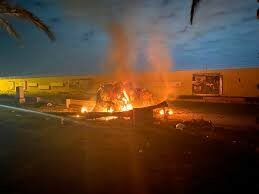 The Pentagon announced late Thursday evening that the United States had carried out an airstrike that killed Iranian General Qassem Soleimani. Soleimani was the commander of the elite Quds Force, the military and security wing of Iran’s Revolutionary Guards that operates on foreign soil. He was responsible for much of Iran’s policy in the Middle East, and held the second most power in Iranian foreign policy after Supreme Leader Ayatollah Ali Khamenei. General Soleimani was leaving Baghdad’s airport with several members of Iraqi militias when the convoy he was in was hit by a drone strike. U.S. President Trump said the attack was preemptive following intelligence that Soleimani was planning operations against American assets in the region, but Iran’s Supreme Leader called the attack a murder and vowed to take revenge.

Attack on U.S. Embassy in Iraq 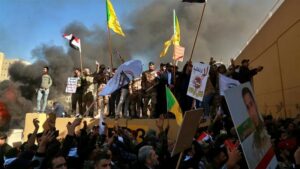 The U.S. Embassy in Baghdad, Iraq was attacked on New Year’s Eve following an American strike on a preeminent Iraqi militia. (Photo from AP)

Thousands of people stormed the U.S. Embassy in Baghdad, Iraq on Tuesday, in response to American airstrikes against Iranian-backed militias in Iraq. The episode began when an Iraqi military base came under attack from rocket fire, presumably from Iranian proxies, which resulted in multiple American and Iraqi casualties, including the death of an American contractor. In retaliation, the United States attacked five sites controlled by Kataib Hezbollah, the militia group suspected of being behind the initial attack. Iran claimed a death toll of 31, with at least 60 more wounded. Iran called the strike a “terror attack,” and its proxies commenced an assault of the American embassy in Baghdad. Unlike prior attacks on American embassies, there were no casualties reported on either side, and the militias eventually left the compound following an order from their leaders. 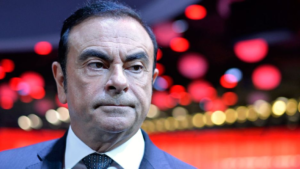 Former Nissan Executive Carlos Ghosn has become an international fugitive after he revealed on Tuesday that he had fled to Lebanon to escape what he called a “rigged” justice system in Japan. (Photo from Getty Images)

Former Nissan CEO and auto titan Carlos Ghosn has fled to Lebanon to escape what he called a “rigged” justice system in Japan. Ghosn had been awaiting trial in Japan on charges of financial wrongdoing, including underreporting his income. Under the terms of his bail, he had been confined to his home in Tokyo under strict surveillance with little to no communication with his family and limited access to the use of the internet. Ghosn spent the holidays with his lawyers arguing with prosecutors over trial details after a Japanese court denied his request to spend a day with his wife. The case could be tried in stages, potentially making it drag on for years, leading Ghosn to assume that the Japanese intended to force him to confess or to hold him indefinitely.

Latest on Protests in India 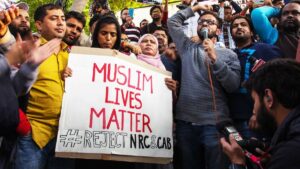 Controversial legislation which many have argued diminishes Muslim rights is the latest example of Prime Minister Narendra Modi’s disdain for minority rights in India. (Photo from Getty Images)

Degradation of Minority Rights in India

Since Narendra Modi won re-election as India’s Prime Minister in the 2019 election, he and his Bharatiya Janata Party (BJP) have enacted multiple pieces of controversial legislation that has undermined religious freedom in the country and degraded human rights. Modi’s BJP is a right-wing, Hindu nationalist party that envisions an Indian identity synonymous with Hinduism. This is problematic for a country that is the second most-populous Muslim nation in the world, and is also home to multiple other religious minorities such as Christians, Buddhists, and Sikhs. Furthermore, Modi’s attempts to marry Hinduism with the Indian identity directly contradicts India’s constitution which outlines the country’s secular mandate. 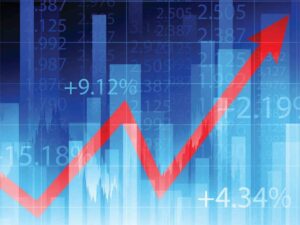 Stock Market Closes Out a Strong Year in 2019

2019 was a strong year for the American stock market, with all three major indexes rising by over 20%. The Federal Reserve adjusted rates multiple times, and President Trump’s trade war with China failed to severely impact the overall condition of the markets. 2019 represented a return to health for the economy, following a downturn the previous year that had worried investors. However, for all the positivity that 2019 brought, observers are already warning that it will be difficult for 2020 to maintain the current pace.

Attacks on Jewish Community in NYC 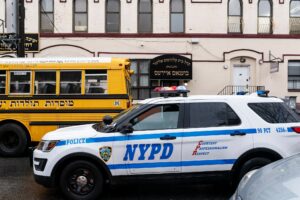 A series of attacks have taken place against the Jewish community in New York City during Hanukkah, leading to an increase in police presence. (Photo from The New York Times)

Series of Attacks Against the Jewish Community in New York City

New York City has increased its police presence in neighborhoods with a significant population of Jewish residents, after a series of recent attacks targeting the city’s Jewish community. Mayor Bill de Blasio announced that the New York City Police Department (NYPD) would make themselves more visible in some of these neighborhoods around the New York metropolitan area in response to this uptick of religious hate crimes. In one of the most violent incidents this past weekend, an Orange County man stabbed five people at a rabbi’s home in Monsey, New York during a Hanukkah celebration. To date, over a dozen assaults have been reported across the city over the past two weeks which are being attributed to deliberate and targeted attacks against members of the Jewish community.