Welcome to the latest edition of the NIF Newsletter. In this week’s domestic headlines: President Trump announces a new trade deal with China, and the U.S. House of Representatives votes in favor of two articles to impeach President Trump. Meanwhile, around the world: Israel prepares to hold its third election in under a year, and thousands of Algerians march in protest against the controversial recent election results. 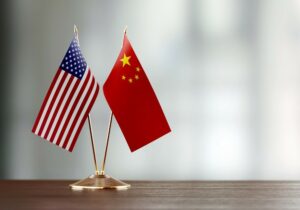 The United States and China have announced a tentative agreement on the framework of a trade deal. (Photo from Getty Images)

The United States and China announced they were in agreement over a trade deal that is aimed at defusing trade tensions between the world’s two largest economies. The deal is projected to double American exports to China by 2021, and Robert Lightizer, the top negotiator for the Americans, called it a “remarkable” deal. China has pledged to increase its purchases of American energy and farm products, and to stop devaluing its currency. The deal will also reduce tariffs that the United States currently imposes on Chinese products, and will negate a set of new tariffs that were due to be enacted this past weekend. The agreement comes as the trade war between the United States and China dragged into its nineteenth month, and gives President Trump material to campaign on in his upcoming re-election bid. 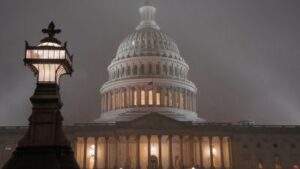 President Trump was impeached in the U.S. House of Representatives on Wednesday evening, with both articles of impeachment being passed. The first article; abuse of power, passed 230-197, and the second article; obstruction of Congress, passed 229-198. Both votes followed the party line, with no Republicans breaking with the President to vote for impeachment. It marks the third time in history a sitting president has been impeached, with Presidents Johnson and Clinton being impeached in the House before being acquitted in the Senate. President Richard Nixon was also the subject of an impeachment inquiry, but he resigned from office before a vote could be held. Trump is accused of breaking his oath of office by abusing his power and obstructing Congress. The impeachment process will now move to the Senate, where the inquiry will likely resume early in the New Year. President Trump declined to present evidence in his defense during the House inquiry, but is expected to change that approach during the trial in the Senate. 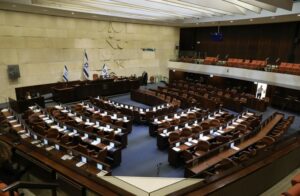 Israel prepares for a third election in less than a year after neither party could form a governing coalition in the Knesset. (Photo from The Jerusalem Post)

Israel Prepares to Hold Its Third Election in Under a Year

Israel is set to hold its third election in a year, as the political deadlock in the country stretches on. The leading vote-getters from the previous election, Benny Gantz and Benjamin Netanyahu, were both unable to form a ruling coalition in the Knesset, Israel’s legislative body. Therefore, the previous leader, Prime Minister Netanyahu, remains in charge of the government on an interim basis. However, Netanyahu’s political future remains in limbo as he battles an indictment on corruption charges. The next election is scheduled to be held in March 2020, and early polls predict a similar result to the previous election, in which Mr. Gantz’s Blue and White Party finishes slightly ahead of Netanyahu’s Likud Party, but without the requisite support to form a ruling coalition. 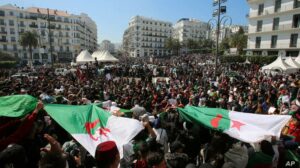 Algerian protestors have taken to the streets to demand fundamental political change. (Photo from AP)

Thousands of anti-government protestors gathered in the Algerian capital of Algiers to refute the results of the country’s election, in which an ally of ousted leader Abdelaziz Bouteflika came to power. Former Prime Minister Abdelmadjid Tebboune won 58% of the vote, but turnout was listed at 40%, as a majority of Algerians boycotted the election. Keen observers have noted that the actual turnout is likely far lower, as there were extraordinarily few voters in major cities such as Algiers. Protestors are calling for the entire political establishment to be removed, and the election boycott was a demonstration of their disgust with the political status quo in Algeria.