Welcome to the latest edition of the NIF Newsletter. In this week’s domestic headlines: American Ambassador to the European Union, Gordon Sondland, updates his testimony in the impeachment inquiry and a judge in New York orders President Trump to pay $2 million in restitution for misusing his charitable foundation. Meanwhile, around the world: Cambodia’s government cracks down on opposition efforts and former President of Brazil, Lula, is released from prison. 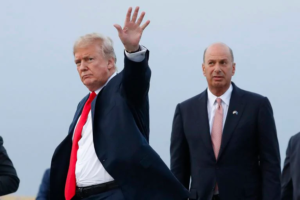 Ambassador to the EU, Gordon Sondland, updated his testimony about the Ukrainian aid “quid pro quo” laid out by President Trump. (Photo from AP)

After multiple other officials’ impeachment testimony directly contradicted Sondland’s, the current Ambassador to the EU updated his testimony. The stark shift shows that Sondland himself recognizes he delivered the “quid pro quo” versus his original testimony where he stated he had no knowledge of the “quid pro quo.” It is unclear whether the complete 180-degree shift will impair the impeachment investigation at all. 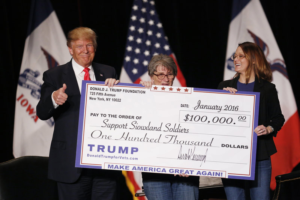 Donald Trump awards a $100,000 check to a veterans’ charity in Iowa, when he was running for president in January 2016. His use of the Trump Foundation during the campaign raised legal questions about its activities. (Photo from Getty Images)

New York state Judge Saliann Scarpulla ruled that President Donald Trump must pay $2 million in damages to settle claims that his Trump Foundation misused funds to further his political and business aspirations, including his 2016 presidential campaign. It was alleged that the President’s campaign directly accessed funds from the Trump Foundation to support campaign activities. As a result of the ruling, the Trump Foundation will be dissolved. 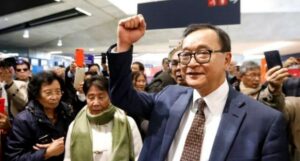 Leader of the Cambodian opposition, Sam Rainsy, surrounded by supporters. (Photo from UTV)

Government in Cambodia Cracks Down on Opposition

Cambodia has drawn international criticism in the past week for the government’s crackdown on opposition politicians. The government of Cambodia, led by Prime Minister Hun Sen, has leveled baseless accusations of treason against many opposition leaders which has raised concern over Cambodia’s commitment to democracy. Sen has ruled Cambodia for the better part of forty years, and done so with an iron fist. The latest crackdown follows last year’s elections, in which Sen’s party won 100% of the parliamentary seats after the Supreme Court banned the opposition, the Cambodia National Rescue Party, from running. 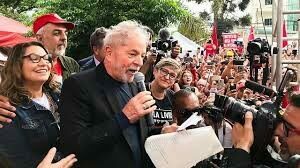 Luiz Inacio Lula da Silva, former President of Brazil, was released from prison last week after spending the previous 580 days behind bars. Lula, as he is known in Brazil, was jailed on a corruption conviction while leading the polls in Brazil’s most recent election that culminated in far-right candidate Jair Bolsonaro coming to power. Lula has alleged that his accusers are politically motivated, and a large part of Bolsonaro’s campaign was ran on slamming Lula and his Workers’ Party for being corrupt. Lula was released from prison on the back of a Supreme Court ruling that people could remain free until all of their appeal options had been exhausted. Lula remains locked in court battles over multiple cases, including the purchase of a beachfront apartment. Should he lose the cases, Lula will be re-imprisoned.