Welcome to the latest edition of the NIF Newsletter. In this week’s domestic headlines: The U.S. House of Representatives approves a resolution recognizing the Armenian genocide and The Department of the Interior grounds drones made in China. Meanwhile, around the world: North Korea launches two suspected missiles into the Sea of Japan and a Russian law introducing new controls over the internet is put into effect. 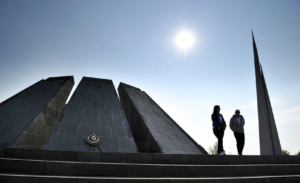 A couple walks at the Tsitsernakaberd Memorial in Yerevan, Armenia, showing their support for the victims of the Armenian genocide. (Photo from AP)

The U.S. House of Representatives overwhelmingly approved a resolution which recognized the century-old mass killings of Armenians by Ottoman Turks as genocide. The move is reprimanding to NATO-ally Turkey in the wake of its attack on Kurds in northern Syria. The House passed the resolution on a 405-11 vote, officially recognizing the Armenian genocide and rejecting any efforts to enlist the U.S. government in denying its occurrence. The resolution was proposed by U.S. Rep. Adam Schiff (D-CA), who has worked towards this legislation for almost 20 years. Schiff is the Vice Chair of the Armenian-American Caucus and his district of Burbank, California is home to a large Armenian-American population.

Department of the Interior 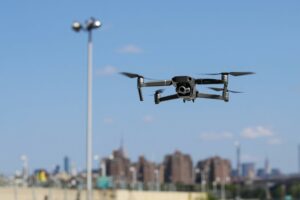 Interior Secretary David Bernhardt called for the drones to be grounded last week over concerns that they may allow the Chinese government to spy on users. (Photo from Getty Images)

Department of the Interior Grounds Drones Made in China

Last week, the U.S. Department of the Interior announced that it would be grounding all drones in its fleet that were manufactured in China or contain Chinese-made parts while it conducts a review of the drone program. Exceptions will be made for any drones that are currently being used for emergency purposes such as fighting wildfires, dealing with natural disasters, and search and rescue. The decision to ground the non-emergency use drones stems from a concern regarding Chinese technology and the potential risks of using it for sensitive government projects. Fears that these drones could be secretly passing along data to Chinese intelligence agencies have existed for years. 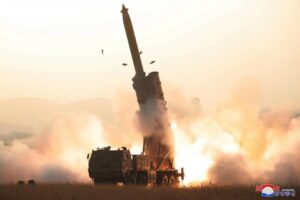 On October 31st, North Korea launched two short-range ballistic missiles that flew 230 miles before landing in waters between Japan and North Korea. The launch comes just as the United States and North Korea’s new talks stalled regarding dismantling the North Korean nuclear weapons program. This is the latest weapons test that North Korea has conducted since its October 2nd ballistic missile launch from the Pukguksong-3 submarine. The Pukguksong-3 missile drew concern as it landed in Japan’s exclusive economic zone; however, the most recent missiles did not. Japan and South Korea have both expressed concern about North Korea’s current actions, and are reaching out to partners in Asia. 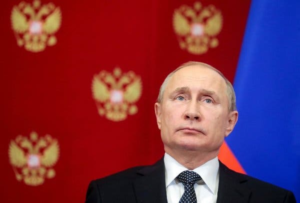 Russian President Vladimir Putin is a champion of the new internet censorship law, which has begun to take effect. (Photo from Getty Images)

Russian President Vladimir Putin rolled out a new internet censorship law last week, which allows the Russian government to have more control over the information its citizens have access to. The new law, which has been widely condemned by human rights organizations, mandates internet service providers to install backdoor software that allows the Russian state to filter content on the internet. The new policy has been named the “sovereign internet law,” and the Russian government says that it creates national networks that protect its online infrastructure from cyber-attacks.