Welcome to this week’s edition of the NIF Newsletter. In our domestic headlines: the impeachment inquiry against President Trump moves forward in the U.S. House of Representatives and the White House announces its plan to pull U.S. troops from northern Syria. Meanwhile, around the world: Iraqi protesters rally against government corruption and a looming deadline approaches for Brexit with still no deal in place between the United Kingdom and the European Union. 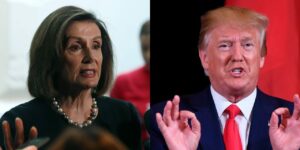 After months of resisting pressure to do so, Speaker of the House Pelosi recently announced a formal impeachment inquiry against President Trump in the wake of the whistleblower scandal. (Photo from Getty Images)

Impeachment Inquiry Ramps Up in the House of Representatives

Speaker Nancy Pelosi recently announced on September 24th that the U.S. House of Representatives would begin an impeachment inquiry against President Donald Trump. The inquiry seeks to determine if he betrayed his oath of office by collaborating with a foreign power against a domestic political foe. Speaker Pelosi’s decision marked an abrupt change in strategy, having previously resisted calls from within her party to begin impeachment proceedings. Many Democratic lawmakers had been calling for impeachment in recent months, with most harboring feelings that President Trump is unfit for office. 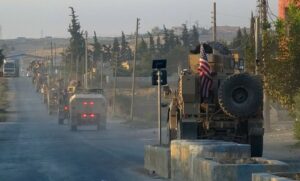 In a sudden policy shift, the White House announced its plan to begin withdrawing U.S. troops from northern Syria earlier this week. (Photo from AP)

On Monday morning, President Trump announced that U.S. troops would be withdrawing from northern Syria along the Syrian-Turkish border, in what marks a significant foreign policy reversal for his administration. While the President has repeatedly called for American troops to return home from long conflicts, his decision effectively abandons the Kurdish forces who have been a vital U.S. ally in the fight against ISIS. Upon the announcement of the American withdrawal, the White House issued a statement saying that Turkey would be moving forward with its plans for a military operation into northern Syria. 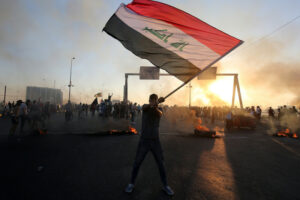 Protesters in Iraq took to the streets to express their frustration with government corruption, failing public services, and a high unemployment rate. (Photo from Getty Images)

Last week, a wave of protesters took to the streets in Iraq to rally against government corruption, failing public services, and a high unemployment rate. Demonstrations began on October 1st with thousands of Iraqis expressing their frustration with a lack of quality public services like water and electricity, in addition to the nation’s growing rate of joblessness and widespread corruption. In fact, Transparency International places Iraq in the top tier of the world’s most corrupt countries. The protesters have been met with harsh reactions from Iraq’s Armed Forces, which has resulted in more than 100 people being killed and thousands injured since the protests began. 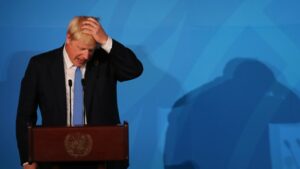 U.K. Prime Minister Johnson sent new proposals for a Brexit deal to the E.U. last week but there has been little sign of progress in talks between the two since the E.U. is demanding “fundamental changes” that have not been met. (Photo from Getty Images)

A Looming Deadline and Still No Brexit Deal

The end of this month, October 31st, 2019, is the current deadline for the United Kingdom’s exit from the European Union. Tensions in Parliament are running high as no deal with the E.U. has been reached and U.K. Prime Minister Boris Johnson is remaining committed to an October 31st Brexit, with or without a deal in place. A law passed in September, however, will require the Prime Minister to ask for a third extension on October 19th if no deal is reached with the E.U. before then, effectively moving the Brexit deadline to January 31st, 2020. Prime Minister Johnson sent new proposals for a Brexit deal to the E.U. last week, but there has been little sign of progress in talks between the two.