Welcome to our NIF Newsletter. In this week’s headlines: Israeli forces elicit widespread condemnation and outrage over the heinous killing of Palestinian Al Jazeera journalist Shireen Abu Akleh, Israel advances plans for 4,000 new settlement housing units in the illegally-occupied West Bank, and the United Nations warns that a record 12.3 million Syrian children are in need of aid both inside the country and in the wider region where many have fled. 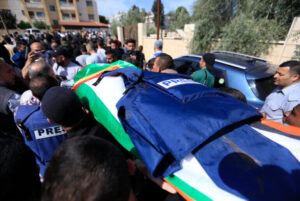 The veteran and highly-respected journalist was killed while covering an Israeli raid in Jenin. (Photo from AP)

This week, Israeli forces have drawn global condemnation and outrage following the heinous killing of Palestinian Al Jazeera journalist Shireen Abu Akleh. The reputable journalist was fatally shot while reporting on an Israeli military raid in the Palestinian city of Jenin, despite wearing a clearly-marked press vest. The killing has understandably garnered calls for a thorough investigation and widespread criticism from an array of voices including rights groups, government officials, and international organizations. Israeli human rights group B’Tselem provided video verification refuting the army’s reprehensible initial claims that the journalist was killed by stray bullets fired by Palestinian fighters, as opposed to an Israeli sniper. Social justice activists also highlighted how Israeli forces have a deplorable track record of using lethal force and systematically targeting journalists with a lack of accountability for their actions.

A second journalist at the scene of the crime, Ali al-Samoudi, was also shot during the incident. He is now in stable condition. In his description of what transpired, he stated that “We were going to film the Israeli army operation and suddenly they shot us without asking us to leave or stop filming. The first bullet hit me and the second hit Shireen…there was no Palestinian military resistance at all at the scene.” Another journalist who was present, Shatha Hanaysha, confirmed the account. She believes that the group of journalists had been directly targeted for trying to report on the abusive raid. Shireen Abu Akleh was a highly-respected journalist, and has been described as a voice for Palestinians. She was one of the first field correspondents for Al Jazeera when she joined the network in 1997, and was one of the most recognizable figures covering stories in Palestine.

This is far from the first time that Israeli forces have targeted news organizations and journalists. Last year, when the Israeli military launched their assault on the besieged Gaza Strip, they bombed a building that was housing both Al Jazeera and Associated Press offices. Israel has drawn further outrage for continuously denying that the shooting was intentional. The Israeli Defense Forces (IDF) claim that Abu Akleh was standing near a group of armed Palestinians, which has been undeniably debunked by independent investigators and other journalists who were with her when she was shot and killed. Palestinian coroners are currently examining her body and the bullet to verify the findings of the impartial analysts.

A lack of accountability for the IDF has been evident, not just in this case, but in multiple other cases where they have killed clearly unarmed civilians. This atrocious behavior needs to be condemned in the highest manner internationally and across-the-board. The condemnation also needs to be followed by concrete actions to punish those accountable and to work to prevent the IDF from continuing to murder unarmed Palestinians. Currently, Israeli forces act with impunity, having the ability to do as they please with no repercussions, all under the guise of “maintaining order.” This is not a justification for blatant murder. It is also extremely troubling that Shireen Abu Akleh and the group of journalists that she was with seem to be deliberately targeted while reporting on the abusive actions of the IDF. This behavior violates international human rights laws, and will likely continue if the IDF is not held accountable for its disgraceful actions. 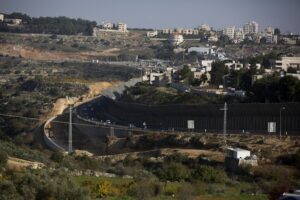 Activists have consistently outlined how the expansion of illegal Israeli settlements serves as a major obstacle to the prospect of any legitimate advancements in the peace process. (Photo from AP)

Israel has announced the approval of more than 4,000 new settlement homes in the illegally-occupied West Bank, yet another clear violation of international law. These settlements, which contain above 450,000 Israelis, have been broadly condemned by the global community. This latest settlement expansion is the largest since the Biden administration took office in the United States. The Biden administration, the United Nations, rights groups, and others have repeatedly expressed opposition and concerns with the building of the illegal settlements since they serve as a major obstacle to the prospect of any legitimate advancements in the peace process. The approval of the plans also comes as the International Criminal Court (ICC) leads an investigation into Israel’s war crimes in the West Bank and Gaza Strip. Despite justifiable criticism and an array of opposition to the construction of new settlements, Israel has shown no signs of halting these blatant violations of international law.

The illegal Israeli settlements and impunity for continued human rights abuses has fueled animosity and instability in the area. Violence has grown in frequency with the increase in settlements, which was propelled by the former Trump administration’s biased relationship with the Israeli government and greenlighting of illegal settlement expansion. The settlements have displaced large numbers of Palestinians from their generational homes. Additionally, alarming Israeli settler attacks against local Palestinians have formed a hostile environment towards those who remain. Israeli forces have also conducted lethal and violent raids in illegally-occupied territory in an effort to further diminish Palestinian presence there. The approval and construction of new settlements, which have given rise to acts of violence, is undeniably illegal. The West Bank is acknowledged by the international community as Palestinian territory, therefore making Israeli settlement expansion unlawful.

Israel’s dangerous and illegal acts towards Palestinians in the West Bank have gained increased condemnation from the global community. The ICC’s war crimes probe has focused largely on military raids and other human rights violations both in the West Bank and the Gaza Strip. The Biden administration, which now grapples with the largest new push for illegal settlement expansion, has been critical of its lack of legality and the threat to regional peace that it brings. In recent thorough investigations, prominent and well-respected rights groups like Amnesty International and Human Rights Watch have labeled Israel’s policies toward Palestinians as apartheid for their clear method of systematic discrimination.

Despite these condemnations and probes into Israel’s abusive actions, Israeli authorities have shown no intent to reverse course and abide by international law and norms. Thus, it is clear that the global community must continue to ramp up the pressure and expose the flagrant pattern of Israeli human rights abuses. The approval of plans to further illegal settlement expansion even in the face of widespread opposition is plain evidence that Israel believes that it can act with impunity, and only increased accountability for destructive violations like this has the potential to alter this mindset and behavior.

Need for Humanitarian Aid in Syria 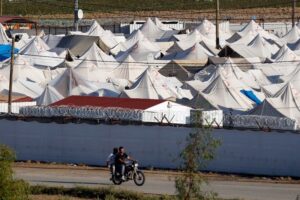 The United Nations has expressed that an increasing number of Syrian children in need combined with shortfalls in funding may have disastrous consequences. (Photo from Reuters)

The United Nations Warns That a Record 12.3 Million Syrian Children are in Need of Aid Both Inside the Country and in the Wider Region Where Many Have Fled

The United Nations has intensified fundraising efforts after they recently announced a record 12.3 million Syrian children are now in need of aid. The devastating Syrian conflict has been ongoing for more than a decade, with no end in sight. The war has caused untold death and destruction, and forced many people to flee their homes. Despite these dire circumstances, funding has been dwindling over time. Of the 12.3 million children in need, an astounding 6.5 million are still in Syria and the rest are in surrounding countries. The alarming increase in food insecurity is due in large part to the war in Ukraine, a nation which produces a large amount of wheat. The dip in wheat production has led to skyrocketing food prices, with the cost of basic supplies also rising substantially. The embargo on Russian oil due to the government’s calamitous invasion of Ukraine has led to higher energy prices too, further exacerbating the financial strain on families in Syria. The neighboring countries to which an estimated 5.8 million children have fled to are additionally facing the ramifications of economic instability.

The toll on vulnerable children as a result of the Syrian conflict has been horrendous. A recorded at least 13,000 children have been killed or injured over the preceding decade, but observers fear that this number is likely even higher. Nearly 1/3 of all children in Syria are chronically malnourished. Seeking treatment can be dangerous as well, with more than 600 medical facilities, including children and maternal hospitals, being often subjected to coming under attack. Many of the children negatively affected face the constant uncertainty of when and where they will get their next meal.

For the second year in a row, international donations have fallen short of the need. The United Nations was seeking $10.5 billion for 2022 to help vulnerable Syrians, but international donations only added up to $6.7 billion. This year’s shortfall can also be significantly attributed to Russia’s invasion of Ukraine, as many donors redirect their funds to help the 5.5 million Ukrainians who have fled to neighboring countries as a result of the war. A further 7 million are displaced within Ukraine. Another contributor to this lack of funds is donor fatigue, which has worsened due to the COVID-19 pandemic and a longstanding 11 years of conflict in Syria.

There have also been barriers to getting aid into Syria, as there is only one border crossing left that is open for humanitarian aid. The Bab al-Hawa border crossing is from Turkey to Syria. The U.N. Security Council resolution to keep it open will expire in July. As of now, there has been no agreement to extend the resolution. Turkey has signaled that it will work to keep the border crossing open after President Erdogan pledged that the country will not expel Syrian refugees.

In response to the financial shortfalls, some countries have increased their funding. The United States is providing $800 million in new humanitarian assistance. The European Union has also pledged to provide an additional $1.6 billion to help with the shortfall. Though these donations will help significantly, the total amount still falls a bit short of what the United Nations has stated that it requires.