May 5, 2022 / NIF USA / Comments Off on The National Interest Foundation Newsletter, Issue 145

Welcome to our NIF Newsletter. In this week’s headlines: the U.S. State Department calls for an investigation into the detention and death of Egyptian researcher Ayman Hadhoud, Reporters Without Borders (RSF) releases its 2022 World Press Freedom Index, and the upcoming Lebanese election on May 15th highlights how the country’s economic crisis has been exacerbated by destructive external forces and conflict between pro-Saudi and pro-Iranian factions.

Calls for Probe into Death of Hadhoud 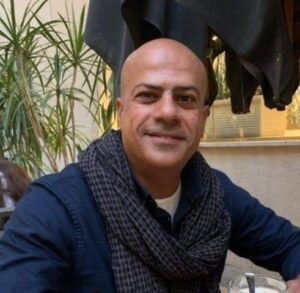 Hadhoud’s case has again drawn attention to the El-Sisi government’s arbitrary detainment and torture of Egyptian citizens. (Photo from Twitter)

The U.S. State Department Calls for an Investigation into the Detention and Death of Egyptian Researcher Ayman Hadhoud

The U.S. State Department has expressed that the detainment and death of Egyptian researcher Ayman Hadhoud requires an immediate “thorough, transparent, and credible” investigation. This comes after rights groups previously voiced major concerns regarding the troubling circumstances surrounding the case, with valid evidence that Hadhoud had been forcibly disappeared and tortured based on public records, interviews, and the examination of leaked photos of his corpse. The El-Sisi government’s statements attributing his death to natural causes have been justifiably called into question as implausible and contradictory, and Hadhoud’s case has again drawn attention to their arbitrary detainment and torture of Egyptian journalists, academics, political opponents, critics, and others. Activists have detailed the systematic and widespread crackdown on freedoms in Egypt under El-Sisi, which has seen tens of thousands imprisoned without due process and subjected to disturbing levels of physical abuse and torture.

Hadhoud was a critic of government policies and military rule under El-Sisi, and is believed to have been forcibly detained back in early February of this year. While Egyptian authorities claim that he died of natural causes, leaked photos of his corpse instead suggest that he was brutally tortured – thus prompting the calls for a comprehensive investigation by rights groups and now, the U.S. State Department as well. In his remarks earlier this week, State Department spokesperson Ned Price said that the United States was “deeply disturbed” by the reports and allegations of abuse leading to Hadhoud’s death. In fact, Hadhoud’s family has expressed that they suspected he had been killed and feared that a cover-up was being planned upon learning of his whereabouts. Rights groups have also pointed to the suspicious holding of Hadhoud’s body in the hospital morgue for more than a month as further signs of foul play, with it indicating that this was done in order for his corpse to decompose to an extent that would obscure the true circumstances behind his death.

El-Sisi authorities have fueled additional doubt regarding the case due to their conflicting accounts about Hadhoud’s detainment. The Ministry of the Interior stated that officials sent him to a hospital back in February after he supposedly tried to break into an apartment in the Zamalek district in central Cairo. On the other hand, his hospital records reportedly show that he was admitted after allegedly trying to steal a car in an area outside of the capital city of Cairo. There was also no explanation offered for why Hadhoud would have been where authorities claimed that he was, which is over 100 kilometers from where he lived.

Rights activists are not surprised with the questionable and contradictory nature of the claims surrounding Hadhoud’s death. Arbitrary arrests, forcible disappearances, and state-sponsored use of torture have all been consistent characteristics under the El-Sisi government. Currently, there are believed to be at least 60,000 political prisoners in Egypt that have been imprisoned for bogus and trumped-up charges. Additionally, prison conditions are poor and credible accounts of security forces’ use of torture are not uncommon. As an unfortunate result of this, many detainees have died while in custody during El-Sisi’s reign, and it is feared that the death of Ayman Hadhoud is also linked with the physical abuse and mistreatment of prisoners as well. 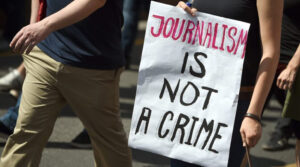 An increase in opinion-centric news reporting has led to growing societal and political polarization, according to the new findings. (Photo from Getty Images)

The advocacy group Reporters Without Borders (RSF) recently released their annual World Press Freedom Index for 2022. The publication, which examines the state of press freedom in 180 countries, has drawn attention to the increasing acceleration in the degradation of this in many countries. The organization has cited a combination of what they call “Fox News-isation” of the media alongside a rise in unregulated fake news and propaganda online. This “news and information chaos” has contributed to a dramatic worsening of the political and societal polarization that plagues many democratic countries. Opinion-based media is the major culprit in causing division in not only the United States, which ranked 42nd, but all across the world. This enlarging detachment makes civil discourse significantly more difficult, leading to disunity and social upheaval. There has also been increasing control over public media in illiberal democracies which deprives citizens of unbiased reporting and consequently does not allow them to hold those in power accountable for any wrongdoings. These examples are part of a troubling trend in media freedom, and a record number of 28 countries were rated “very bad” in this year’s index.

Some countries were particularly highlighted as focal points in this year’s report. The United States and France, for example, have been the subject of increasing concern about the divisive effect of opinion-based media. This model of news reporting, along with social media, has fueled polarization in the two countries. Nations that have plummeted in rank from years past are Myanmar, which ranks 176th, and Hong Kong, which ranked 148th. The report found that press freedom in Myanmar has regressed to where it was 10 years ago. This backslide is largely due to the repressive military coup, which took place in February of last year. Hong Kong’s press freedom has also suffered. This is the result of new national security legislation which was imposed in 2020, forcing multiple media outlets to close and leading to the detainment of many journalists.

Another topic of concern is the new legislative proposals in the United Kingdom which would treat journalists like spies. There have also been multiple attempts by the government to influence the official who would be appointed to Ofcom, the UK’s communication regulators. Another worry is the increasing use of SLAPP, or Strategic Lawsuit Against Public Participation. This strategy is deployed by some wealthy individuals and corporations to sue the journalist writing a story in an attempt to intimidate, discredit, and delay or entirely stop the release of it. This practice is not exclusive to the United Kingdom, and has been utilized in other places around the world.

Countries traditionally associated with poor press freedom have continued to suppress the media with few international repercussions. Nations such as Saudi Arabia, Iran, North Korea, China, and Russia, which ranked 166th, 178th, 180th, 175th, and 155th respectively, have persisted in doing this both internally and externally. Rights advocates have criticized the lack of concrete actions to punish those that do not safeguard freedom of the press. This, along with deteriorating conditions for free journalism in democratic countries, is feared will contribute to the growing trend of democratic backsliding that is currently plaguing global societies.

Lebanese Election on May 15th 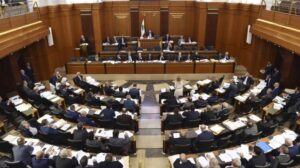 There is a sense of skepticism regarding the potential for any fundamental change in the political landscape ahead of the upcoming election. (Photo from Reuters)

Lebanon’s upcoming election on May 15th is set to take place amid a backdrop of criticism towards the country’s political elite, and highlights how the major economic crisis fueling discontent has been exacerbated by destructive external forces and conflict between pro-Saudi and pro-Iranian factions. The disapproval, which has grown even further since the 2020 Beirut explosion exposed dangerous government incompetency and corruption, has also expanded to a general frustration with the political establishment’s handling of the COVID-19 pandemic and the catastrophic economic crisis. The World Bank has outlined the severity of the financial meltdown, labelling it as one of the three most dire economic crises currently unfolding. Meanwhile, longstanding foreign interference and conflict between Saudi-backed and Iranian-backed factions, who are both poised to gain additional seats, has propelled skepticism as well. The potential for prolonged governmental gridlock has many Lebanese feeling pessimistic about the upcoming election and its chances of helping alleviate the country’s economic woes.

The sense of skepticism stems from the fact that destructive outside actors like the Saudi and Iranian governments have manipulated the country into this economic devastation. Iran, which has propped up Hezbollah into a strong political force, has prompted the Saudi regime and its allies in the United Arab Emirates to take hardline positions in Lebanon in the hopes of having the government expel Hezbollah completely. Regrettably, it is the Lebanese people who suffer the consequences of this foreign interference. As Lebanon already faces economic ruin, the behavior of Saudi and Iranian-backed factions will only exacerbate this further by leading to more gridlock which will harm ordinary citizens.

Over the past couple of years, the Thawra seemed poised to be the next notable political phenomenon in Lebanon. A continuation of the grievances expressed during the Arab Spring, the Thawra was a growing movement that expanded its focus to strong and broader critiques of the Lebanese government and a lack of fundamental services. The movement, which grew from protests against the WhatsApp tax and the Beirut explosion, had successes including the peaceful removal of Hassan Diab, the former prime minister who oversaw Lebanon during the Beirut port explosion that killed more than 215 people. Diab only spent one year in office and resigned due to the growing pressure against him and outrage over the disastrous explosion.

Despite this success of the movement in Lebanon, growing frustration from voters has caused experts and analysts to be skeptical of any fundamental change in the political landscape. The current premier who took over post-Diab, long-term politician and billionaire Najib Mikati, has largely been met with stiff opposition as well. Mikati has failed to regrow the economy and has been accused of widespread corruption.

While Saudi Arabia briefly halted ties with Lebanon over remarks pertaining to the calamitous Saudi-led war in Yemen, as the upcoming May 15th election in Lebanon nears, the Saudi and UAE governments have kick-started back their efforts to influence the political environment. Thus, impartial analysts lament the fact that these foreign entities have played such a damaging role in Lebanon’s internal affairs. This persistent behavior has resulted in many Lebanese feeling disillusioned and pessimistic with the state of the country’s political landscape and the upcoming election.