Welcome to our NIF Newsletter. In this week’s headlines: Tunisian President Kais Saied engages in further anti-democratic actions by seizing control of the country’s electoral commission, concerns grow among rights activists regarding the circumstances surrounding the mandate of the UN Relief and Works Agency for Palestine Refugees (UNRWA), and troubling armed violence kills hundreds in Sudan’s Darfur region. 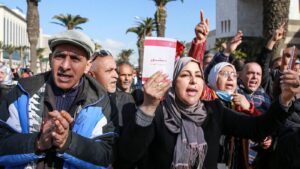 Saied’s move to restructure an electoral watchdog council is aimed at entrenching his ability to rule by decree. (Photo from AFP)

Tunisia’s democratic backslide continues as President Kais Saied issued a recent decree to restructure the country’s Independent High Authority for Elections (ISIE) – a council of independent officials tasked with overseeing elections to assure their integrity. Saied announced that he will amend the current nine-member council into a seven-member panel. The reworking would allow for three judges to be appointed by the Supreme Judicial Council, a body that he also previously unilaterally replaced, which undermined the independence of the judiciary as well. Additionally, Saied will have the power to choose the head of the new commission, with pro-democracy advocates highlighting how such measures would result in the ISIE losing its independence and credibility. Former Tunisian President Moncef Marzouki expressed that “there is no goal behind Saied’s decree other than controlling any electoral process to reproduce dictatorship and autocracy, and falsifying the popular will.” Saied’s move is part of an ever-growing and worrying authoritarian trend in Tunisia, a country previously lauded as the only democracy to emerge from the Arab Spring. In light of Saied’s latest action, lawmakers and rights groups in the United States sent a letter this week urging the Biden administration to condition parts of the U.S.’s security assistance package to Tunisia in an attempt to deter his anti-democratic behavior. 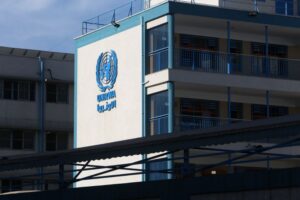 Underfunding and other factors have raised fears regarding the status of the relief agency. (Photo from Flash90)

Rights activists have voiced increasing concern about the state of the United Nations Relief and Works Agency for Palestine Refugees in the Near East (UNRWA). A mixture of underfunding, intense lobbying against the organization, donor fatigue, and increasing food prices have significantly hindered the relief agency. UNRWA largely depends on voluntary donations from United Nations member states, which makes it particularly vulnerable to lobbying efforts aimed at wrongly politicizing and delegitimizing its work. Officials lament that these campaigns seeking to erode the rights of Palestinian refugees have increased in frequency and aggression. UNRWA was established in 1949 to help Palestinian refugees displaced by the 1948 Arab-Israeli War, and provides important services to millions including education, medicine, and food. Despite this, Israel has been lobbying to have the agency closed down due to it being the only such entity with a specific mandate regarding Palestinian refugees, who have been denied the right of return to their native homes and lands for decades. 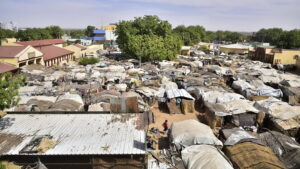 The violence is especially worrying due to the already dire humanitarian circumstances in the region. (Photo from The New York Times)

Armed violence over the past week in Sudan’s Darfur region has killed hundreds of people and displaced tens of thousands more. This latest troubling outbreak of fighting is believed to have started after the bodies of 2 nomads suspected of cattle rustling were discovered near Kreinik, prompting Janjaweed militias to raid and attack the town. The fighting later spread into the regional capital of Al Geneina, a city which hosts around 100,000 displaced people, many of whom live in temporary shelters that are especially vulnerable to the attacks. Human rights organizations have called for calm and an end to the violence in the area, which has included entire villages being burned down and livestock slaughtered. The destruction of supply warehouses has been heavily condemned as it will certainly lead to increased food insecurity in the region, which is already plagued with dire humanitarian circumstances. Reports also emerged that the Sudanese government’s Rapid Support Forces were taking part in the attacks as well, and officials in Darfur criticized the military regime for its apparent lack of effort in stopping the violence.