Welcome to the latest edition of the NIF Newsletter. In this week’s domestic headlines: The United States House of Representatives approves a resolution to overturn President Trump’s border wall emergency declaration and the CEO of Boeing gets set to testify before Congress at the end of this month on the grounded 737 MAX. Meanwhile, around the world: Saudi Arabia’s Crown Prince Mohammed bin Salman comments on the Khashoggi killing and the 74th session of the United Nations General Assembly convenes in New York City. 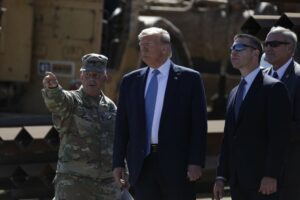 The U.S. House of Representatives passed a resolution to end President Trump’s border wall emergency declaration by a vote of 236-174, which included 11 Republicans and the chamber’s lone independent. (Photo from AP)

The U.S. House of Representatives has approved a resolution to override President Trump’s emergency declaration for a border wall. This is the second time the resolution has been passed, as it was approved in both Congressional chambers in March. Previously, President Trump vetoed the resolution in an effort to build a wall on the southern border, and keep his campaign promise. Although there is some bipartisan support, this vote lacks the required 2/3 majority to override another veto, should the President issue one again as expected.

Boeing CEO to Testify on 737 MAX 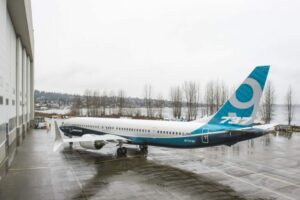 Boeing has faced a whirlwind of scrutiny since two of its 737 MAX aircrafts crashed in a five-month period. (Photo from Boeing)

Boeing CEO to Testify Before Congress This Month on 737 MAX

Boeing CEO Dennis Muilenburg is set to testify before Congress on the grounded 737 MAX at the end of this month on October 30th. The panel hearing will take place in the United States House of Representatives, in front of the House Committee on Transportation and Infrastructure. This will be Muilenburg’s first public hearing since the worldwide grounding of the aircraft after two fatal crashes within five months of each other, which killed 346 people. At the hearing, Muilenburg will be joined by the company’s chief engineer, John Hamilton, and chief 737 pilot, Jennifer Henderson. 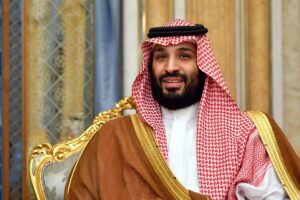 In the lead up to the one-year anniversary of journalist Jamal Khashoggi’s killing last year at the hands of Saudi operatives, Crown Prince Mohammed bin Salman made his first public comments on the incident in a recent interview. (Photo from Reuters)

October 2nd, 2019 marked the one-year anniversary of Jamal Khashoggi’s murder in the Saudi consulate in Istanbul, Turkey. Earlier this week, Saudi Arabia’s Crown Prince Mohammed bin Salman went on the record to discuss the Khashoggi murder, and denied having any part in orchestrating it. The CIA, the United States Senate, and the United Nations have all reached conclusions that bin Salman was, at the very least, aware that the killing was being planned. 11 Saudi government employees, including the former Deputy Chief of the Saudi intelligence agency, are currently standing trial for the murder. However, there have been no convictions yet in the trials against his alleged killers. 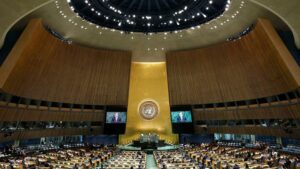 The 74th session of the United Nations General Assembly took place in New York City from September 17, 2019 until September 30, 2019. (Photo from Reuters)