Welcome to our NIF Newsletter. In this week’s headlines: the United States formally declares that Myanmar’s army committed genocide and crimes against humanity in its repression of the Rohingya, massive pro-democracy demonstrations take place in Tunisia as thousands of citizens continue to oppose the actions of President Kais Saied, Saudi Arabia and the United Arab Emirates resist calls to help bring down soaring oil prices amid Russia’s invasion of Ukraine, and the U.S. Department of the Treasury imposes sanctions on a Sudanese police unit for its use of violent tactics against peaceful anti-coup protesters. 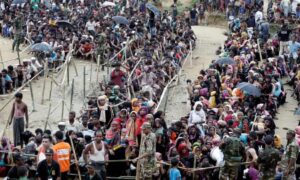 More than 700,000 Rohingya have fled repression in Myanmar since 2017. (Photo from Reuters)

Earlier this week, U.S. Secretary of State Antony Blinken announced that the United States was officially recognizing the human rights violations committed against the Rohingya people by Myanmar’s army as genocide. The weighty declaration comes roughly a year after Blinken revealed that he would conduct a new review on the violence perpetrated toward the ethnic minority group in the Southeast Asian country. With the designation, the United States has now echoed the position expressed by rights advocates for years, which pointed to the evidence that the Myanmar military’s mass atrocities were a clear and systematic attempt to persecute the Rohingya. The U.S. State Department has voiced its hope that the declaration will increase international pressure to hold the repressive military junta accountable and make it more difficult for them to commit further heinous abuses. The military took power from a civilian government in a February 2021 coup, and has been engaged in a brutal and violent crackdown against activists, opposition figures, journalists, and others. 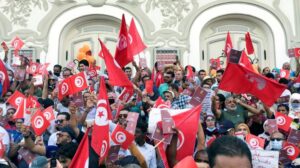 Thousands of Tunisians took to the streets this past weekend to protest against Saied’s monopolization of power. (Photo from Reuters)

This past weekend, large-scale demonstrations took place in Tunisia, as thousands of citizens continue to protest against the actions of President Kais Saied. The Tunisian president’s power grab last July was met with immediate criticism and concern from pro-democratic voices, and opposition has only grown further in recent months. Saied indefinitely suspended parliament and sacked the country’s prime minister, and has enacted additional authoritarian-like measures to try and expand his powers. As a result, demands have been raised for the president to resign and for the government to immediately hold new elections. Moreover, only a miniscule segment of eligible voters in Tunisia have taken part in Saied’s online consultations poll due to the increased opposition against his anti-democratic behavior. Ultimately, the president’s political maneuvers have been denounced by civil society organizations and human rights groups who have expressed worry regarding the risk of Tunisia suffering an authoritarian backslide. 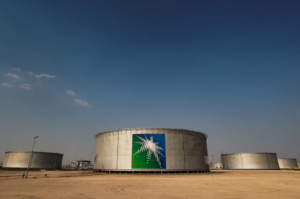 Saudi Arabia and the United Arab Emirates have shown little interest in increasing production in order to lower prices for the rest of the world. (Photo from Reuters)

Saudi Arabia and the United Arab Emirates have resisted calls to help bring down soaring oil prices amid Russia’s invasion of Ukraine – as the ongoing conflict has sent shock waves through the global oil markets. Price per barrel has peaked at $140 after many world powers cut their ties with Russian oil to isolate the nation as a punishment for its destructive actions. Some countries, which were heavily dependent on Russian oil and natural gas, have begun looking to other options to meet their needs. Thus, Saudi Arabia and the United Arab Emirates are on the top of that list. Both the United States, as well as others in Europe, have seen their efforts to convince officials in Riyadh and Abu Dhabi to increase oil production yield no results. Analysts and issue experts have pointed to several main reasons for this such as the United States’ elevated condemnation of Saudi Arabia’s troubling human rights record and growing bipartisan Congressional criticism regarding Saudi Arabia and the United Arab Emirates’ detrimental role in the longstanding Yemeni conflict. All told, factors like these have presented significant obstacles to the attempts to reduce soaring oil prices.

There have been widespread pro-democracy protests in Sudan since last October’s military coup. (Photo from Reuters)

The U.S. Department of the Treasury Imposes Sanctions on a Sudanese Police Unit for Its Use of Violent Tactics Against Peaceful Anti-Coup Protesters

The use of violent tactics and lethal force on peaceful protestors has prompted the United States Department of Treasury to impose financial sanctions against a Sudanese police unit. During the course of the past five months, the people of Sudan have been demonstrating in opposition to the recent military coup that took place in October of last year. The Central Reserve Police (CRP), the police unit in question, has been at the forefront of the military government’s heavy-handed response to near daily protests of the destructive power grab – which impeded the democratic transition process in the country. Under the new sanctions, the CRP will not have access to any property or interests in the United States or within U.S. jurisdiction, and Americans will also be barred from doing business with the police unit or anyone affiliated with them. Security forces in Sudan have engaged in a ruthless crackdown that has included the firing of live ammunition at demonstrators, with close to 90 people being killed and at least 3,000 others injured since the October 2021 military takeover.