Welcome to our NIF Newsletter. In this week’s headlines: Iran nuclear talks restart in Vienna after a five-month hiatus, the World Health Organization warns that the coronavirus omicron variant poses a serious global risk as some countries reimpose travel restrictions, a border clash between Sudan and Ethiopia kills at least 20 troops amid tensions in the disputed region of al-Fashaga, and the Ethiopian government states that it has recaptured a string of towns from Tigrayan forces. 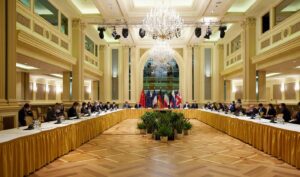 The talks have resumed this week in the Austrian capital city of Vienna. (Photo from Getty Images)

Iran Nuclear Talks Restart in Vienna After a Five-Month Hiatus

Following a five-month hiatus, Iran nuclear talks restarted this week in the Austrian capital city of Vienna. Representatives from Iran are meeting with counterparts from Russia, the United Kingdom, Germany, and others in an effort to revive the Joint Comprehensive Plan of Action (JCPOA), commonly known as the Iran nuclear deal, which the United States withdrew from several years ago under the previous Trump administration. Due to this, Iran refuses to engage in face-to-face meetings with the United States, and as such the negotiations are indirect talks between the two with messages being relayed to American representatives. U.S. President Biden has voiced the United States’ dedication to return to the JCPOA, but analysts have expressed a notable degree of skepticism and uncertainty regarding the prospects of successful negotiations. On the one hand, some are hopeful because of Iran’s desire to have hampering economic sanctions on itself removed, but at the same time, its seemingly rigid position on the lifting of all sanctions could make diplomacy attempts extremely challenging. There is also concern over Iran’s continued nuclear enrichment and the potential implications that this may have on the possibility of reviving the JCPOA. As this week’s talks are adjourned until next week, there is a sense that at the moment negotiations have stalled and that the gaps for compromise are wide and will be hard to bridge moving forward. 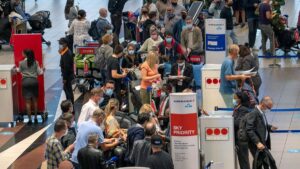 The omicron variant has sparked many nations to impose travel restrictions and other mitigation measures. (Photo from AP)

The World Health Organization (WHO) has issued a dire warning regarding the serious global risk posed by the coronavirus omicron variant, as some countries have reimposed travel restrictions and additional mitigation measures. Even as much is still unknown about the variant, health officials and experts have cautioned over its possibility to resist vaccines and inflict symptoms on people, including those who were previously infected with COVID-19. While the symptoms seem to be mild thus far, showing promising limitations to the potential of an increasing fatality rate, there is worry over the variant’s high number of mutations. As such, internationally, many countries have taken swift and strong action in an attempt to curb the spread, closing their borders and instituting travel restrictions on places where the variant has been detected until more is learned about it. The WHO has expressed concern for nations which have low COVID-19 vaccination rates, but has also stressed that time is needed in order for medical experts to fully understand the scope of the omicron variant. 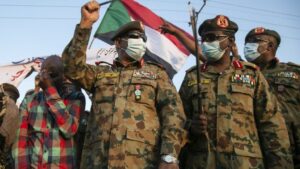 The contentious al-Fashaga region is the source of a decades-long dispute between the two countries. (Photo from AFP)

A recent border clash between Sudan and Ethiopia has killed at least 20 troops and threatened to aggravate relations in the disputed region of al-Fashaga. The deadly incident comes during a year which has seen previous episodes of conflict in the area – a contentious fertile region that has been at the center of longstanding tensions among the two countries because of its economic resources and benefits. Sudan and Ethiopia are already at odds over the latter’s unilateral plans to fill and operate a large hydroelectric dam on the Nile River’s main tributary, and analysts are concerned that this past week’s skirmish in al-Fashaga may further escalate existing tensions as well. Additionally, both are entangled in internal turmoil, as the year-plus Tigray conflict rages on in Ethiopia while Sudan has been dealing with the aftermaths of a recent military coup. Relations between Sudan and Ethiopia have also been strained over the preceding year due to the major refugee crisis that has been created as a result of the Tigray conflict. Now, the latest in the decades-long al-Fashaga strife has elicited worry regarding a potential rise in animosity too.

Latest on the Tigray Conflict 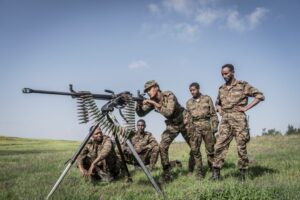 The Ethiopian government declared that it has recaptured a large string of towns and territory from Tigrayan forces, in some of the latest developments regarding the now one-plus year conflict. This comes after Tigrayan forces, throughout the late summer and early fall, took control of highly strategic areas in the country, worrying Ethiopian officials of potential further advancements on the capital city of Addis Ababa. Human rights and social justice activists have long criticized the brutal nature of the conflict, with both Ethiopian and Tigrayan forces being found to have engaged in grave abuses and war crimes. Further exacerbating the devastating humanitarian impact of the conflict is the fact that access for aid workers has been extremely hindered, creating a major refugee crisis in which hundreds of thousands of people have been driven to famine-like conditions and millions of others have been displaced since fighting broke out back in November of 2020. Reporting of the conflict has also been difficult as it has grown in intensity, with few journalists able to operate in Ethiopia but those there citing the disturbing and grotesque scenes.