Happy Veterans Day to all, and welcome to our NIF Newsletter. In this week’s headlines: rights organizations and cybersecurity watchdogs find that Palestinian activists’ phones were hacked by recently blacklisted Israeli spyware firm NSO Group, the Tigray conflict intensifies over a year after fighting initially broke out as both the Ethiopian government and rebel forces have been credibly accused of engaging in serious war crimes and human rights abuses, the Biden administration elicits concern regarding the approval of a potential $650 million arms sale to Saudi Arabia, and United Nations officials warn that half of Afghanistan’s population is facing severe food insecurity in the lead-up to the approaching winter months. 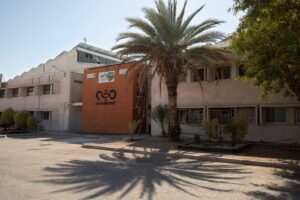 NSO Group was recently blacklisted by the United States for its spyware which has been used to target activists and journalists around the world. (Photo from AP)

An investigation by cybersecurity watchdogs and human rights organizations including Amnesty International found that the cell phones of at least six Palestinian activists were hacked by spyware from the controversial Israeli firm NSO Group. The revelations come amid growing global criticism of the company’s activities, which recently prompted the United States to blacklist it. NSO Group develops and sells a spyware software called Pegasus that has been used by repressive governments around the world to secretly penetrate the mobile devices of activists and journalists, extracting its contents and monitoring its location. The malware has been linked to the Israeli government, with independent international computer privacy experts uncovering the latest findings regarding the hacking of Palestinian rights activists’ phones. Despite receiving widespread condemnation from social justice organizations and other entities for the behavior, Israel has expressed that it will lobby the United States to try and change course on the rightful blacklisting of the NSO Group. 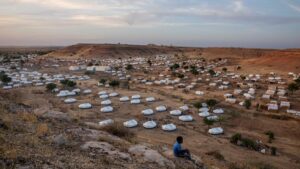 The Tigray conflict has created a major humanitarian crisis, with both sides being credibly accused of committing egregious war crimes. (Photo from AP)

The Tigray conflict just recently passed its one-year anniversary, with no signs of de-escalation but rather growing intensity amid countless findings of major human rights abuses and war crimes committed by both the Ethiopian government and rebel forces. Advocacy groups such as Amnesty International and Human Rights Watch have reported violations such as extrajudicial killings, the weaponization of aid, and violence against civilians. In the preceding days, at least 16 United Nations staff members and dozens of individuals hired to bring much-needed aid into the Tigrayan region were detained by Ethiopian forces. The unlawful arrest of United Nations employees and aid workers comes as Tigrayan forces continue their advance towards the Ethiopian capital city of Addis Ababa. The international community has called on both sides to reach a ceasefire and find a diplomatic solution, with the level of urgency for this particularly heightened due to fear that the conflict may spill over into the capital city. 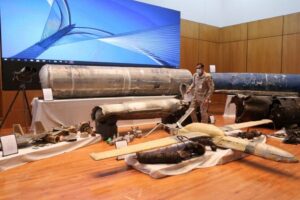 Rights advocates have expressed legitimate concern regarding how the arms would be used. (Photo from Reuters)

The U.S. State Department recently announced its plans to go forward with a potential $650 million arms deal to Saudi Arabia. The deal, which still requires congressional approval, would be for 280 air-to-air missiles as well as rail launchers and logistical services. Rights advocates and bipartisan members of Congress have expressed concern over the intended use of the weapons, citing the destructive Saudi war in Yemen which has included indiscriminate airstrikes against civilians and resulted in the worst humanitarian crisis currently unfolding in the world. In the past, there has sometimes been a legitimate reluctance to approve military sales to Saudi Arabia without definitive assurances that the equipment would not be deployed in the harming of civilians. While the State Department has argued that the arms will only be used for defensive purposes, there is a worry that the Saudis will adapt the weapons beyond these means. 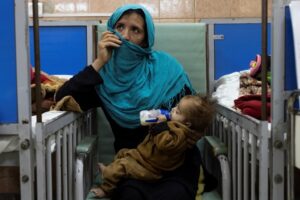 Experts fear that children in Afghanistan will suffer the brunt of the food crisis. (Photo from Reuters)

The United Nations has warned that Afghanistan is on the brink of a grim humanitarian disaster as the winter months approach. Since the country’s former government – which received widespread aid from the international community – fell and the Taliban took control, much needed assistance to Afghanistan’s civilian population has gone. Now, with an expectedly harsh winter on the horizon, 22 million Afghans are at risk of acute hunger. The United Nations World Food Programme (WFP) is currently operating in Afghanistan and attempting to dwindle the number of people at risk, however, it is feared that the situation will likely worsen considerably during the upcoming harsher weather months in the absence of a major funding influx. With many nations having halted their aid to Afghanistan due to the Taliban’s takeover, one of the negative repercussions of this is that unfortunately the decision to do so has hurt the country’s most vulnerable citizens. While this has understandably been done because of concern regarding the aid falling directly into the Taliban’s hands and not ending up going to those who desperately need it, analysts contend that there must be a level of accountability for those that are at risk of severe starvation and food insecurity. These Afghan civilians should not unjustly bear the consequences of the Taliban takeover, and it is imperative that the global community works to alleviate the circumstances before a devastating crisis unfolds.