Welcome to our NIF Newsletter. In this week’s headlines: world leaders gather in Glasgow for the 2021 United Nations Climate Change Conference (COP26) as advocates stress the urgent need for action on the issue, several Gulf states pull diplomats from Lebanon over criticism regarding the devastating Saudi-led war in Yemen, Republican candidate Glenn Youngkin is elected as the next governor of Virginia, and Secretary of State Antony Blinken says that the United States is in talks with its allies about getting Iran back into a nuclear deal. 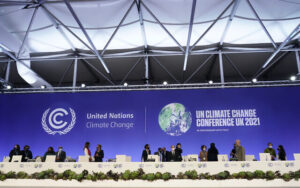 The conference has highlighted some of the major areas in which the global community must coordinate to address the climate crisis. (Photo from AP)

This week, world leaders gathered in Glasgow for the 2021 United Nations Climate Change Conference (COP26), as advocates stressed the urgent need for action on the issue. Climate activists have placed significant pressure on global actors to initiate strong policies and mechanisms through coordinative efforts, as opposed to simply “blowing hot air” without enacting actual substantive measures to address the crisis. Subject experts have consistently warned that the ongoing existential threat of climate change stands at a critical breaking point and must be alleviated within the decade. COP26 is the largest climate conference in years, with the United States returning to the stage after a multi-year absence under the previous Trump administration. The participating countries set parameters for long-term climate policy and delivered some noteworthy achievements in what many have regarded as a relatively productive summit so far, but with agreement that more still needs to be done to fully tackle the scope of the potential calamitous impacts of the crisis. 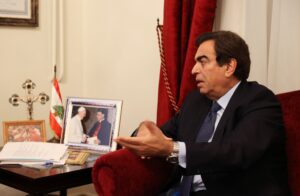 Kurdahi’s remarks were made back in August, about a month before he was named Lebanese information minister. (Photo from AFP)

A diplomatic rift has taken shape over the past week, as several Gulf states have pulled envoys from Lebanon following criticism regarding the devastating Saudi-led war in Yemen. The remarks were made by Lebanese Information Minister George Kurdahi in a recently-aired interview from back in August, before being named to his current post, and merely echoed the sentiment among many rights activists lamenting the futile and wasteful nature of the ongoing conflict in Yemen. Kurdahi expressed that, like others, he did not believe that there was a need for the war, which has created what impartial observers deem to be the world’s worst humanitarian crisis, to continue and that it is time for it to end. Some analysts have highlighted that Saudi Arabia seems to be using the comments as a pretext and reasoning for the perpetuation of their longstanding squeeze on Lebanon. This destructive level of foreign interference has been going on for years, and the reaction to Kurdahi’s remarks appears to be just the latest justification for the attempted destabilization of the Lebanese government by external forces. 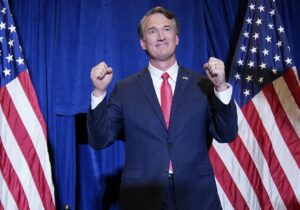 Earlier this week, Republican candidate Glenn Youngkin was elected as the next governor of Virginia, defeating former governor and Democratic candidate Terry McAuliffe in the closely-watched race. The Commonwealth of Virginia holds its gubernatorial elections in the year directly following the U.S. presidential race, and as such, political analysts often use it as the first gauge for measuring the post-presidential electoral climate in the country. Voters in Virginia have a largely consistent history of electing a governor from the political party which lost the most recent presidential race. This trend dates back to the Nixon era, with the one exception of – ironically – 2013, when McAuliffe won the year after President Obama was elected to his second term in office. In general, the political party that occupies the White House normally suffers from an anti-incumbent wave during the midterm elections, and this is also true in the Virginia gubernatorial races as well. 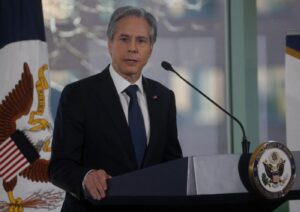 The United States and others have urged Iran to meaningfully engage on nuclear talks in order to avoid a dangerous escalation. (Photo from AFP)

In the aftermath of the recent Group of Twenty (G20) summit, U.S. Secretary of State Antony Blinken has expressed that the United States is in talks with some of its closest allies regarding the prospects of getting Iran to return to the terms of the Joint Comprehensive Plan of Action (JCPOA), commonly known as the Iran nuclear deal. While Blinken and other officials have voiced hope for the potential reinstatement of the JCPOA, at the same time they have also laid out that diplomacy efforts are contingent upon whether or not Iran chooses to meaningfully engage on the issue. Subject experts have highlighted that discussion on the matter is slated to resume this month, and as such, many are pointing to this current period as a critical juncture if any substantial progress is to be made. Following the previous Trump administration’s decision to pull out of the JCPOA, Iran has taken steps to further its nuclear program and negotiations have stalled since the election of Iran’s new president, Ebrahim Raisi, back in June. The enrichment of uranium in Iran at an accelerated rate has troubled security analysts in the region, and therefore productive nuclear talks are one of the top foreign policy priorities of the United States and its major partners.