Welcome to our NIF Newsletter. In this week’s headlines: tensions escalate between Iran and Azerbaijan due in large part to the latter’s close military ties with Israel, the Pandora Papers shed light on the corrupt dealings of many notable world leaders in a massive leak of financial data, and Libya’s foreign minister confirms the departure of some external fighters as the country’s unity government seeks international help to expel those who still remain. 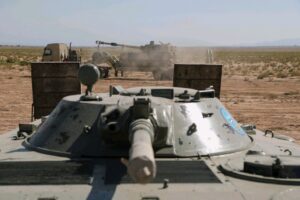 The presence of Israeli military bases in Azerbaijan and weapons support have heightened tensions between Iran and its Caucasus neighbor. (Photo from AFP)

Over this past week, tensions between Iran and neighboring Azerbaijan escalated, with the most significant strain on relations stemming from Azerbaijan’s close military ties with Israel. The presence of Israeli military bases in Azerbaijan and weapons support to the Caucasus nation, including during the 2020 Nagorno-Karabakh war, have heightened hostilities between Iran and Azerbaijan. Israel has supplied Azerbaijan with military technology and armed drones, attempting to cultivate strong ties with the country which is strategically situated along Iran’s northern border. Iran views these actions as a provocation and a national security threat, and conducted massive military exercises near its shared border with Azerbaijan. Relations between the two countries were also complicated recently after Azerbaijan imposed a “road tax” on Iranian trucks passing through the Karabakh region and detained multiple drivers. Additionally, in response to the Iranian army drills, Azerbaijan and Turkey announced plans to hold joint military exercises in Azerbaijan, raising concerns among security experts that the various respective buildups may further fuel tensions in the region. 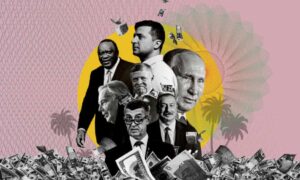 The data leak consists of almost 12 million documents and files exposing the secret dealings of notable world leaders and political figures. (Photo from The Guardian)

In the preceding days, a bombshell data leak named “The Pandora Papers” exposed the hidden wealth, tax evasion efforts, and certain money laundering ploys of some of the world’s wealthiest and most powerful people. The nearly 12 million documents analyzed by over 600 journalists in 117 countries shed light on numerous world leaders and political figures’ hidden assets and complicated plots to hide their wealth in offshore companies in order to avoid taxation. The data, which was obtained by the Washington D.C.-based International Consortium of Investigative Journalists (ICIJ), highlighted the ways in which the culprits attempted to shield their wealth and assets from public view in many cases. A few of the world figures named include the King of Jordan, the Kenyan president, and prominent donors to the United Kingdom’s Conservative Party. While in some ways not surprising, the Pandora Papers detailed just how much money and other financial resources have been concealed from public knowledge. A handful of the implicated world figures and entities like the Kremlin tried to dismiss the findings, however worldwide condemnation of the behavior and calls to end offshore money laundering loopholes have risen upon the release of the report, and multiple countries even expressed that they have plans to directly investigate the documents. 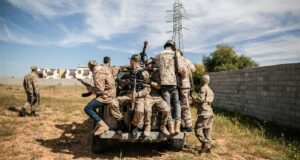 Ousting foreign fighters is one of the major areas of focus for the Libyan government moving forward. (Photo from AP)

During a news conference earlier this week, Libyan Foreign Minister Najla El-Mangoush commented on the status of expelling external fighters from the country, confirming that there has been a “very modest start” to the process. Libya, which has grappled with high levels of foreign interference, has placed a great deal of emphasis on ousting these mercenaries and groups from its borders, and is seeking the international community’s help removing those who still remain. Throughout the course of the Libyan conflict, the regimes in nations such as Egypt, Russia, and the United Arab Emirates played a destructive role by backing warlord Khalifa Haftar’s Libyan National Army (LNA) forces in their attempt to gain control of the nation from the internationally-recognized Government of National Accord (GNA). The United Nations, the interim Libyan government, and others have called for the complete departure of all foreign fighters within Libya to ensure domestic stability as the country approaches planned presidential and legislative elections in December 2021 and January 2022, respectively. Later this month, in the lead up to these elections, Libya’s presidency council is aiming to hold an international conference to address some key issues, including the ongoing efforts to expel foreign fighters.