Welcome to our NIF Newsletter. In this week’s headlines: the August 31st deadline for the United States’ troop withdrawal from Afghanistan passes, dozens are killed in a missile and drone attack in Yemen as some of the victims affected by the ongoing conflict in the country push for a war crimes investigation against the Saudi-led military intervention, and internet services in South Sudan are disrupted after activists call for anti-government protests. 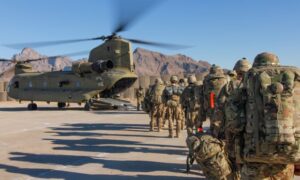 Afghanistan faces an uncertain future in the aftermath of the United States’ official withdrawal. (Photo from Reuters)

This past Tuesday, August 31st marked the deadline for the United States to complete its troop withdrawal from Afghanistan – officially ending the nearly two-decade long direct military presence in the country. The last plane left after the U.S. military and State Departments’ Operation Allies Refuge evacuated more than 122,000 people. President Biden addressed the nation, adamantly standing by the execution of the operation and a conclusion to the “forever war.” Moving forward, the future of Afghanistan and the U.S mission remains uncertain. Secretary of State Antony Blinken expressed that the United States’ efforts would consist of a diplomatic operation focused on human rights in Afghanistan, although some observers remain skeptical about the ability to work with the Taliban to ensure these values are respected. While acknowledging the ruthlessness of the Taliban, Chairman of the Joint Chiefs of Staff Mark A. Milley stated that the U.S. could work with them to combat the threat of ISIS-K. 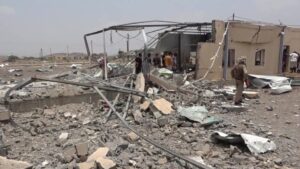 The ongoing conflict in Yemen has had a devastating effect on the country’s citizens and infrastructure. (Photo from AFP)

Earlier this week, a drone strike hit the Al-Anad Air Base in southern Yemen, killing at least 30 people and wounding dozens of others. Al-Anad, Yemen’s largest air base, is located near the front lines of the ongoing conflict in the country between the Houthi rebels and a Saudi-led military coalition. The attack is the latest escalation in the fighting which has resulted in what the United Nations deems to be the largest and most dire humanitarian crisis in the world. Civilians in Yemen have suffered greatly during the course of the conflict, with an estimated 80% in need of humanitarian aid and assistance. Impartial analysts point out that the Saudi-led military intervention, and particularly the regimes in Saudi Arabia and the United Arab Emirates, have been major culprits in perpetuating and exacerbating the crisis. They have also been credibly accused of conducting air strikes indiscriminately targeting civilian and non-civilian infrastructure alike, and recently in the preceding days, some of the surviving victims and families of those killed in these attacks have filed evidence to the International Criminal Court (ICC) in an effort to push for a formal war crimes investigation against the Saudi-led coalition. 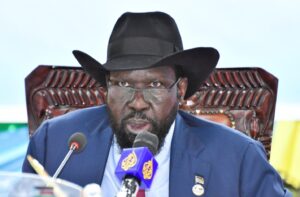 Salva Kiir’s regime has consistently been accused of engaging in institutionalized human and civil rights violations. (Photo from Reuters)

On Monday, protests in South Sudan were quelled after the government impeded internet access and increased the presence of security forces in the capital city of Juba. Activists in the country have long accused President Salva Kiir of suppressing the South Sudanese population, engaging in rampant corruption, and failing to provide basic human services. Kiir’s regime has tried to claim that the internet shutdown was merely a coincidence, however radio station shutdowns and the arrest of activist group members refute that baseless theory. The government’s stated opinion that protests are a “public disturbance” that will not be tolerated also highlights their greater intent to crack down on the ability to assemble. All told, this past week’s developments support the steady stream of allegations against Kiir and his regime regarding their rights violations towards the citizens of South Sudan, which include repression of the media and ethnically-charged killings of opposition figures, in addition to the stifling of protest activity.