In this week’s edition of the NIF Newsletter: Turkish President Erdogan calls for international support in dealing with the country’s large influx of refugees, political chaos over Brexit ensues with Winston Churchill’s grandson being expelled from the Conservative Party, Caribbean nations and the Southeastern United States cope with Hurricane Dorian, violent rioting breaks out in South Africa, and the Trump official in charge of his Middle East Peace Plan leaves the White House. 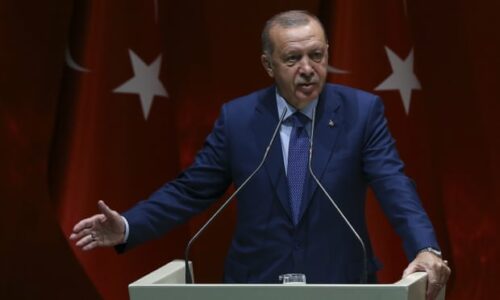 Erdogan Calls for International Support to Deal with Refugee Crisis

Turkish President Recep Erdogan believes that the international community, particularly the European Union (EU), has not provided adequate support to deal with the country’s refugee crisis. Back in March of 2016, Turkey signed an agreement with the EU to stem the flow of refugees into Europe in exchange for billions of Euros of aid to finance projects for refugees. The Turkish government says it has only received a small portion of this promised financial support, with Erdogan threatening to “open the gates” if the EU does not hold its end of the deal. 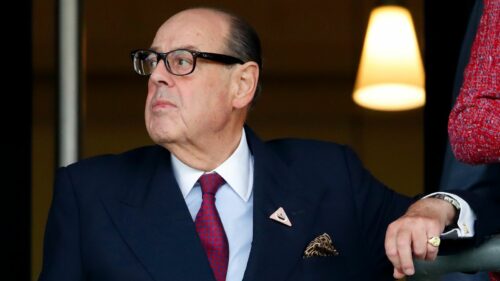 Political chaos over Brexit ensued in the United Kingdom this week as Sir Nicholas Soames, grandson of former British Prime Minister Winston Churchill, was one of twenty-one lawmakers expelled from the ruling Conservative Party for voting against Prime Minister Boris Johnson. Parliament voted 328-301 to take control of the legislative agenda in an effort to stop the Prime Minister from forcing through a no-deal Brexit by the October 31 deadline. Soames was one of the 328 lawmakers who voted in favor of this motion. 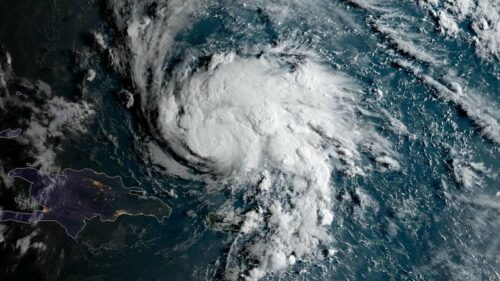 Hurricane Dorian moves through the Caribbean Sea on its way to the Southeastern United States. (Photo from NPR)

The Southeastern United States and island nations in the Caribbean Sea coped with the devastating effects of Hurricane Dorian, as The Bahamas was hit particularly hard by the storm. Aid agencies estimated that tens of thousands of Bahamians are in need of food and other support. The U.S. Coast Guard has been doing its part to assist with rescues there by using helicopters to airlift injured people to safety. Meanwhile in the United States, the storm made landfall along the Atlantic Coast in Florida, Georgia, South Carolina, North Carolina, and Virginia, causing strong wind gusts and extremely heavy rains. 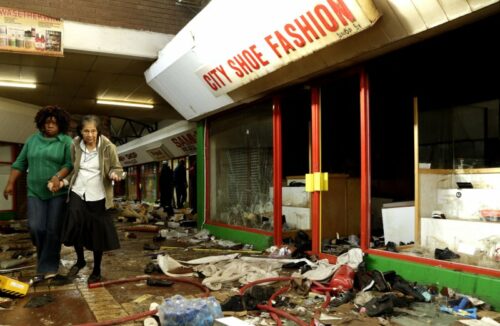 Two shoe shop workers survey the damage caused by looters outside of their store. (Photo from AP)

A wave of violent riots targeting businesses owned by migrants crippled South Africa’s largest city of Johannesburg this past week. South Africa is the continent’s second-largest economy and is therefore a popular destination for economic migrants from neighboring countries. These foreign workers sometimes face anti-immigrant violence because they are deemed to be competing with locals for jobs. Despite strong condemnation from South African President Ramaphosa, the riots have sparked diplomatic tensions between the country and other African nations including Nigeria, Zambia, and Zimbabwe. 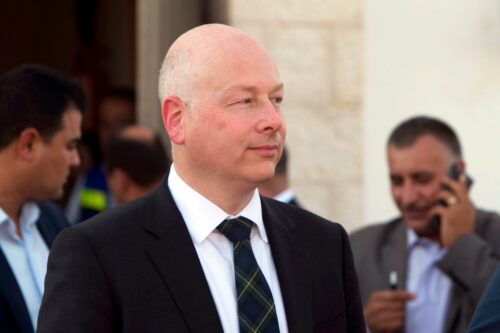 Jason Greenblatt, special envoy to the Middle East, is the latest in a long line of officials who have left the Trump administration. (Photo from Getty Images)

Special Envoy to the Middle East Leaves the White House

Jason Greenblatt, the Trump official in charge of the President’s Middle East Peace Plan, is leaving the White House in the coming weeks. He is expected to be replaced by Kushner aide, Avi Berkowitz, and the State Department’s special representative for Iran, Brian Hook. Greenblatt was an advocate of the controversial decision to relocate the U.S. Embassy in Israel from Tel Aviv to Jerusalem, a move that sparked international condemnation and angered Palestinians. In contrast to previous administrations, both Republican and Democratic, Greenblatt was a member of a Trump White House that has stopped promoting a two-state solution between Israelis and Palestinians and avoided criticizing Israeli settlement expansion on occupied lands.