Welcome to our NIF Newsletter. In this week’s headlines: the United States, Qatar, and others engage in a massive evacuation operation of civilians from Afghanistan in the aftermath of the Taliban’s recent takeover, the Biden administration faces bipartisan criticism for the manner of its Afghanistan pullout, and U.S. lawmakers call for Congressional hearings regarding the circumstances surrounding the deteriorating situation in Afghanistan. 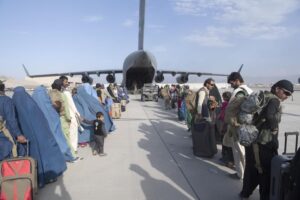 The United States, Qatar, and Others Engage in a Massive Evacuation Operation of Civilians from Afghanistan

In the aftermath of the Taliban’s recent takeover in Afghanistan, the United States, Qatar, and others have helped initiate a massive evacuation operation of civilians. The U.S. and Qatar have been two of the countries at the forefront of the efforts. Of the tens of thousands that have been evacuated by the United States in recent weeks, many have transited through the Al Udeid Air Base in Qatar. Additionally, senior U.S. military commanders have met with the Taliban in Doha to try and negotiate the safe passage of refugees leaving Afghanistan – further highlighting the key role that Qatar has played in the evacuation process. In total, the United States has secured agreements with around a dozen countries in Europe, the Middle East, and Central Asia to allow for the temporary transit of evacuees through those respective nations. Over the preceding month, human rights activists have been dismayed by the Taliban’s swift takeover in Afghanistan which has prompted the ongoing largescale exodus. 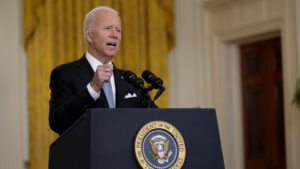 The criticism has been levied towards the execution of the withdrawal in Afghanistan. (Photo from The Wall Street Journal)

The Biden administration has faced a significant amount of bipartisan criticism from both current and former officials regarding the manner of its withdrawal from Afghanistan. For these observers, the backlash is not towards the pullout itself – as many have long advocated for putting an end to “forever” wars like this – but the way in which it has been carried out. Senator Mitt Romney (R-UT) and Representative Adam Kinzinger (R-IL) questioned this, while Senate Intelligence Committee Chairman Mark Warner (D-VA) expressed a desire to know “why we weren’t better prepared for a worst-case scenario involving such a swift and total collapse of the Afghan government and security forces.” Ryan Crocker, Ambassador to Afghanistan under President Obama, echoed a similar sentiment and stated that the Biden administration lacked a coordinated post-withdrawal plan. Other former Obama and Clinton officials including David Axelrod, Brett Bruen, and Leon Panetta have also spoken out about the execution of the United States’ strategy in Afghanistan. Ultimately, a diverse group has lamented that the White House appears to have been caught off guard by the rapid advance of the Taliban in recent weeks. 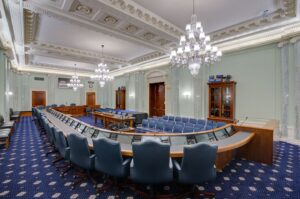 Lawmakers want Congress to hold hearings to see where the United States went wrong with its withdrawal strategy. (Photo from Getty Images)

U.S. Lawmakers Call for Congressional Hearings Regarding the Circumstances Surrounding the Deteriorating Situation in Afghanistan

Congress has vowed to investigate the United States’ withdrawal from Afghanistan, as lawmakers from both political parties have come together to condemn the execution of the strategy. Multiple hearings are expected this summer and fall, with Senator Bob Menendez (D-NJ) – Chairman of the Senate Foreign Relations Committee – stating that lawmakers will investigate what he described as the “Biden administration’s flawed execution of the U.S. withdrawal.” Menendez pointed out that former President Trump’s actions during his time in office will also be part of the review process as well due to the previous administration’s negotiation shortcomings with the Taliban. President Biden has defended his position on the matter by arguing that there will never be an ideal time to carry out the troop pullout in Afghanistan, and that the only thing which would result from a continued American presence there is more violence and the loss of American lives. Still, the majority of analysts contend that the manner of the withdrawal strategy left much to be desired and should have been conducted in a more forward-thinking way to try and prevent the latest setbacks which have transpired.