Welcome to our NIF Newsletter. This week, we recap Thursday’s NIF Zoom event on the latest developments in Tunisia and the way out of the current political crisis there. Meanwhile, in our news headlines: tensions with Iran escalate after an oil tanker attack off the coast of Oman, and thousands of civilians are displaced and forced to flee as the Taliban targets major cities in Afghanistan.

This week, the National Interest Foundation (NIF) hosted a Zoom event regarding the latest developments in Tunisia and the way out of the current political crisis there. The speakers were MP Oussama Sghaier, Member of Tunisian Parliament from the Ennahdha political party, and Dr. Monica Marks, Assistant Professor of Middle East Politics at New York University, Abu Dhabi. The event was moderated by Dr. William Lawrence, Professor of Political Science at the Elliott School of International Affairs at George Washington University. Sghaier offered key insight into the developments from a parliamentarian’s perspective and Marks analyzed what it meant for the Tunisian people. The speakers detailed why this recent course of actions took place and where Tunisia can go now that they have.

MP Sghaier brought his firsthand experience to help explain the events occurring within Tunisia. He argued that the presidential coup was unexpected and that he was uncertain about the future, but acknowledged that there were significant issues within the country that the people held the government responsible for. Sghaier discussed the political fragmentation that has occurred which had given the government a form of paralysis in combination with the economic and social failings that had caused unrest. This strife and mismanagement of the coronavirus crisis had exacerbated these problems and enabled Kais Saied to try and seize control of the government. He also talked about how many of the officials in place were not ready to govern when they came into power and had to learn on the job. These factors contributed to making political compromise challenging and paved the way for Saied’s actions. While some have celebrated the president’s move, many others have denounced it and expressed concern with the behavior and what it means for the state of democracy in Tunisia. Sghaier stated that Saied violated the country’s constitution and ultimately attempted to use Article 80 as an improper justification for the coup. When asked about what he thought would happen, Sghaier responded with uncertainty but pinpointed the major issue Tunisia faces regarding the status of its government and parliament.

Dr. Marks brought a very analytic and personable perspective to the discussion, as she has been studying the latest developments and talking to many local citizens. She emphasized how important freedom of speech is to Tunisians, and examined the political system in place – describing it as containing democratic principles but in practice also being flawed and subject to corruption. Most Tunisians want a better and more representative government, and as such were hopeful about Saied’s status as a political outsider who could go in and make positive reforms. With his latest actions now however, there is legitimate fear that they will lead the country down a road where the political situation deteriorates and becomes worse than the governmental ineffectiveness that existed prior to the coup. Marks expressed that one of the most significant concerns is that there appears to be no plan or roadmap regarding where Saied intends on taking the country. Lastly, she concluded by outlining some of the possible scenarios that may eventually arise in the aftermath of Saied’s recent actions. 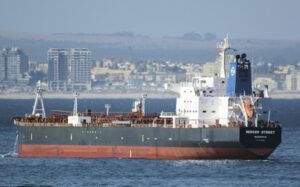 An oil tanker attack off the coast of Oman this past week has threatened to heighten tensions with the Iranian regime. The incident took place when an armed drone believed to be operated by Iran was used to target the Mercer Street tanker, killing one Briton and one Romanian crewmember who were both on board. Analysts note that the attack is the latest in a series of hostilities between Iran and Israel. The two have been accused of repeatedly targeting the other’s commercial enterprises on sea and land. In recent months, Israel has also been attributed with the assassination of a top Iranian nuclear scientist and an attack on a uranium enrichment site in Natanz. While deaths are rare in these maritime incidents, the actual assaults are quite common. There have been over 150 attacks in the region and neither side has acknowledged a large amount of them. Israel and Iran are responsible for many of the attacks in their vicinity, as well as the interruption they sometimes bring to the trade industry. The strike on the oil tanker is the first known fatal one of this kind following years of attacks on shipping vessels in the area, a significant number of which have been linked to tensions between Iran and Israel. 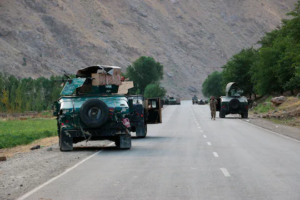 Civilians in Afghanistan have been detrimentally affected by the Taliban’s ongoing offensive. (Photo from AP)

Thousands of civilians have been displaced and forced to flee as the Taliban continues its offensive by targeting major cities in Afghanistan. The withdrawal of American troops has left the Taliban emboldened, as they seek to secure new areas and expand their presence beyond the traditional strongholds in remote regions across the country. The United States has maintained its support of Afghan government personnel countering the group, and has also conducted airstrikes with the aim of buying time for security forces to fend off the Taliban from their siege against major cities and urban areas. Afghan commandos and air force officials have been spread thin attempting to defend the wide swaths of territory that are under threat. Ultimately, it is Afghan civilians that have borne the brunt of the intensified Taliban surge. In recent months, thousands of civilians have been killed or wounded – with the total number recorded during this time being the highest since the United Nations began monitoring these casualties back in 2009. In addition to this, Afghanistan is currently faced with the prospects of a mass exodus of citizens fleeing the violence including soldiers, and the local government has resorted to enlisting militias in their ongoing fight against the Taliban.