Welcome to our NIF Newsletter. In this week’s headlines: an investigation into a massive data leak uncovers that Israeli firm NSO Group’s spyware has been used to target human rights activists and journalists worldwide, and the United States and key allies accuse the Chinese government of engaging in widespread cyberattack campaigns including a recent one on Microsoft. Additionally, we also recap Thursday’s NIF Zoom event regarding where Iraq is today, the United States’ role, how we arrived here, and if the United States can play a constructive part in Iraq’s future. 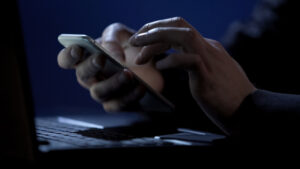 Israeli spyware has been used by repressive governments around the world to try and silence activists and journalists. (Photo from Shutterstock)

An investigation into a massive data leak revealed that Israeli firm NSO Group’s spyware has been used to target human rights activists and journalists worldwide. In total, the probe discovered a list of more than 50,000 phone numbers in over 50 countries that the spyware had accessed. The numbers that were hacked consisted of independent journalists from reputable media entities around the world, politicians, human rights advocates, members of Arab royal families, business executives, and even the top leaders in various nations. The list also included the phone number of Hatice Cengiz, the fiancée of murdered Saudi journalist and dissident Jamal Khashoggi. The media consortium performing the investigation found that a majority of those targeted were in countries with repressive governments that had a history of surveilling their citizens and trying to silence activists. Ultimately, the Israeli spyware has been sold to authoritarian regimes to help them engage in grave violations against their citizenry, and as such, the behavior was strongly condemned by international rights and justice organizations. 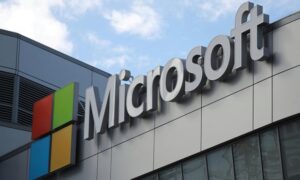 The U.S. and its allies are attempting to limit China’s increasing cyberattacks. (Photo from Reuters)

The United States and key allies have accused the Chinese government of engaging in widespread cyberattack campaigns, including a recent one on Microsoft. The European Union, the United Kingdom, New Zealand, and Australia joined the Biden administration in condemning China’s behavior in an attempt to set boundaries for what is permitted in cyber space. The U.S. Department of Justice also made charges against three Chinese officials public after alleging that they took part in cyberattacks on various government agencies, businesses, and universities in the United States and other regions. The United States emphasized that even if the attacks were not directly committed by Chinese government entities, they were protected and supported by the regime there. In the past, various nations have criticized the actions coming from China as a failure to police the criminals within the state, instead of implicating government forces for backing the hackers. Among the ones that China has been called out for, the recent cyberattack on Microsoft critically damaged security in businesses throughout the world, but especially in the United States and the United Kingdom.

This week, the National Interest Foundation (NIF) hosted a Zoom discussion on Thursday, July 22nd regarding the current situation in Iraq, the United States’ past involvement there, and where the nation is heading. The panel featured Dr. Tallha Abdulrazaq, a profound researcher and award-winning academic who specializes in counterterrorism, security, and military history, and Geneive Abdo, a visiting fellow at The Arab Gulf States Institute in Washington (AGSIW) and consultant at the World Bank. The event was moderated by Hamdi Rifai of the Council of United Syrians & Americans. The panelists touched on a variety of subjects including the impact of the United States’ involvement in Iraq, the latest developments there, and thoughts on how things would transpire.

Dr. Abdulrazaq is specialized in the security sphere and has obtained vast knowledge on the evolution of the Iraqi military. He first described how intervention in the country shaped the way that Iraqi citizens view the United States, expressing his belief that some have a negative view regarding American intentions in Iraq and that U.S. sanctions imposed had resulted in the deaths of a multitude of civilians. According to Dr. Abdulrazaq, these impacts have shaped the way the new generation in Iraq views the country. A significant segment of the population is drawn to the period of conflict between Iraq and neighboring Iran as a time when Iraq stood on its own two feet, and the current government is seen as a cause for the problems the country currently faces. Dr. Abdulrazaq discussed the prospects of the upcoming elections, holding the viewpoint that Iraq was already moving in the direction of a failed state and that the election will likely lead to more of the same. He highlighted the issues that many citizens in the region face and the low turnout in previous elections over the past 15 years. When asked about the upcoming meeting between U.S. President Biden and Iraqi officials, Dr. Abdulrazaq expressed that not much is likely to change and that the talks will largely be influenced by the topic of the Joint Comprehensive Plan of Action (JCPOA) – with Iraq likely to be used as a bargaining chip in those discussions. He ended by saying that the United States could help Iraq move in the right direction, but the question is whether or not they will in fact do so.

Ms. Abdo began her comments by describing the system left in place in Iraq by the United States. She outlined the two major results as a power-sharing structure between different segments of the population and a political party system which was responsible for the substantial levels of corruption within the country. She defined the current protest movement in Iraq as consisting of a new generation which opposes the party system in place, and also pinpointed that it is largely against foreign intervention. Ms. Abdo made the important distinction between civil aid and military intervention, and how the movement opposes military involvement within the country but still desires American investment and U.N. supervision. She holds the viewpoint that the movement and the upcoming elections are a positive development towards democracy and anti-corruption, but acknowledged that the elections won’t be a game changer but instead a new factor in the long process towards altering the political structure in Iraq. Ms. Abdo also expressed that many Iraqis have seen that the United States is not solely responsible for the situation that the country is currently in, and responded to Dr. Abdulrazaq’s remarks by stating that the protest movement is calling for a united Iraq and trying to provide indirect representation for the marginalized Sunni population. Ms. Abdo concluded by reiterating that the Iraqi protest movement is striving for support in building up the country’s civil society, educational, and infrastructure sectors – all of which would be desirable advancements of progress in the path forward for Iraq.