Welcome to our NIF Newsletter. In this week’s headlines: Jordan sentences two ex-officials on charges of attempting to destabilize the monarchy, Taliban fighters seize control of several key provinces in Afghanistan as the group continues its military advances across the country, Oman’s Sultan visits Saudi Arabia on his first official overseas trip since taking power last year, and the United States warns China against provocative behavior in the South China Sea and reaffirms its commitment to the U.S.-Philippines Defense Treaty. 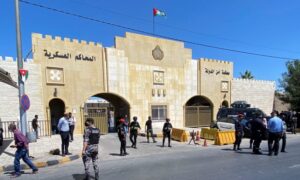 The two former officials were convicted and given the maximum sentencing. (Photo from Reuters)

Earlier this week, Jordan sentenced two ex-officials on charges of attempting to destabilize the monarchy. The King’s cousin, Sharif Hassan bin Zaid, and the former court chief, Bassem Awadallah, were convicted for sedition and were given the maximum sentencing. Awadallah and bin Zaid were accused of aiding Prince Hamzah in planning a failed coup. Prince Hamzah, a prominent political figure in Jordan who was removed from the line of succession in 2004 by King Abdullah II and replaced with the King’s eldest son, was not charged with a crime after reaffirming his fealty. There are credible allegations of external involvement in the plot, with Awadallah – who has citizenship in Jordan, Saudi Arabia, and the United States – believed to have been approached for his foreign ties. The Saudi Arabian regime and the United States under the Trump administration had been pressuring Jordan to accept the widely criticized “Deal of the Century” Mideast peace plan, and it is thought that the conspirators sought foreign assistance to exploit King Abdullah II’s perceived vulnerability as a result of this. The Jordanian government was ultimately informed of the scheme, and proceeded to take action against the two former officials. 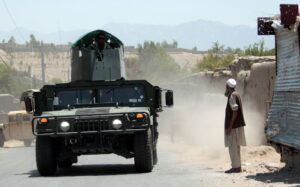 Afghan security forces have tried to stave off the Taliban’s military advances. (Photo from Reuters)

Taliban fighters have seized control of several key districts and provinces in Afghanistan as the group continues its military advances across the country. Overall, the Taliban has taken over around 150 districts in the last two months, and their recent attacks in the preceding weeks have resulted in hundreds of dead Afghan soldiers, hundreds more security forces surrendering, and the fleeing of many others. Worryingly, the Taliban has also captured major border crossings into neighboring countries such as Iran and Turkmenistan. In combination with the mineral rich lands acquired, the weapons and military supplies taken from surrendering troops, and control of the customs agency at the border, the group has dealt a significant blow to Afghan forces. Additionally, the Taliban has been targeting prisons to free its captives, and has been successful in some of its endeavors to do so. The disturbing and increasing level of violence used by the Taliban against them has also forced Afghan refugees and soldiers to flee across the country’s border. These latest developments have escalated the urgency for much-needed peace talks between the Afghan government and the Taliban, with ongoing efforts being made to revitalize them. 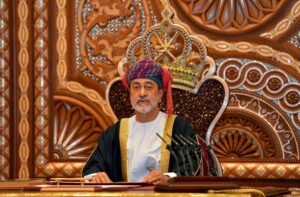 The leaders of Oman and Saudi Arabia discussed regional affairs, including the humanitarian crisis in Yemen. (Photo from Reuters)

In recent days, Oman’s Sultan visited Saudi Arabia on his first official overseas trip since taking power last year. Sultan Haitham bin Tariq al-Said met with Saudi King Salman, with the leaders prioritizing talks on economic ties and the ongoing humanitarian crisis in Yemen but also discussing environmental issues, food security, and bilateral cooperation efforts. Analysts highlight that Sultan Haitham’s visit to Saudi Arabia demonstrates some of Oman’s main priorities when it comes to regional and international affairs. Oman’s new Sultan rose to power after the death of his predecessor, Sultan Qaboos bin Said, and inherited both the global health pandemic and an oil price spike. The former sultan visited foreign nations less often as he aged, and the nation adopted a position of neutrality within the region. The meeting between Sultan Haitham and King Salman displays Oman’s goals of establishing closer economic ties with Saudi Arabia and emphasizing regional security, as both nations addressed relations with Iran. 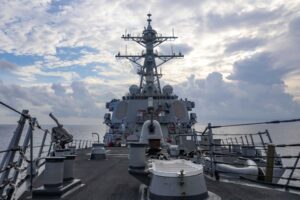 The Biden administration called out Beijing for its actions in the South China Sea. (Photo from the U.S. Navy)

U.S. Warns China Against Provocative Behavior in the South China Sea and Reaffirms Its Commitment to the U.S.-Philippines Defense Treaty

This week, the Biden administration warned China against its provocative behavior in the South China Sea, and also reaffirmed a commitment to the U.S.-Philippines Defense Treaty. Beijing has made efforts to exercise influence and control within the disputed areas in the region in order to obtain the plentiful resources. A ruling by the Permanent Court of Arbitration in the Hague denied Chinese claims to the territories around the Philippines and accused them of infringing on the country’s sovereignty. China has repeatedly harassed the Philippines’ fishing boats and performed naval maneuvers in the area. After the United States reaffirmed its 1951 Mutual Defense Treaty with the Philippines, the U.S. Navy conducted freedom of navigation operations in the region, with China responding by contending that the United States was attempting to sow discord. Despite its continued provocations, China has denounced the actions of the United States on multiple occasions and tried to shift focus away from its own aggressive behavior.