Welcome to our NIF Newsletter. In this week’s headlines: Norwegian pension fund KLP announces that it will be divesting from certain companies linked to illegal Israeli settlements in the West Bank, oil prices climb substantially as OPEC+ is unable to reach a deal on output levels amid rising tensions between Saudi Arabia and the UAE, and Syrian regime shelling kills at least 8 civilians including children. 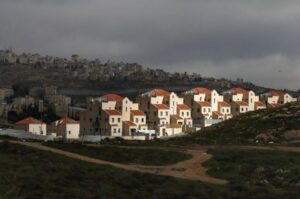 Israeli settlements in the occupied West Bank are illegal, in accordance with international law. (Photo from AFP)

Norway’s largest pension fund KLP announced that it would no longer invest in certain companies because of their links to illegal Israeli settlements in the occupied West Bank. KLP decided to divest funds on the basis that the companies in question were in breach of international law by aiding and being complicit to the occupation. They also expressed that it was an unacceptable risk to assist them due to their contribution to the grave human rights abuses being committed by Israeli authorities. The companies, which include Motorola among others, have enabled the illegal settlement behavior by offering telecom services, banking, construction, energy, and more. KLP manages around 95 billion dollars in assets, and divested an American equivalent of 32 million dollars from the aforementioned entities. The move by KLP has been welcomed by social justice and rights activists as a significant step towards accountability for those who provide support to Israel’s unlawful actions. 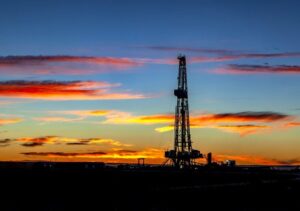 Talks were called off for the time being after the United Arab Emirates rejected a proposed extension to output curbs. (Photo from Pixabay)

Earlier this week, oil prices climbed substantially after OPEC+ was unable to reach a deal on output levels amid rising tensions between Saudi Arabia and the United Arab Emirates (UAE). Saudi Arabia and the UAE have increasingly drifted apart in politics, power projection, and diplomacy, as highlighted by the most recent example of this via the blocking of the OPEC+ deal by the UAE. The members of OPEC+ had cut production of oil by 10% last year due to the global health pandemic and the decrease in demand that it brought with it. In total, oil production was slashed by nearly 10 million barrels a day. Now, the UAE has blocked the increase in production until its baseline can be renegotiated. OPEC+ determines the output in different nations by the maximum amount of oil each can produce, and the UAE’s marker has not been updated since 2018. This prompted the UAE to oppose an increase in production until that baseline is redetermined, as the country’s officials argue that its capabilities should be modified. Some analysts project that the conflict will continue to cause prices to skyrocket until a deal is reached, and if that does not occur soon, then a price war is possibly on the horizon. 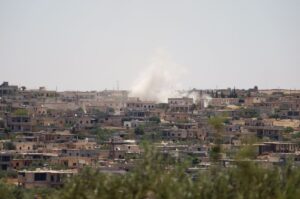 This past week, Syrian regime airstrikes and shelling killed at least 8 civilians including children in Idlib. Government forces have continued to bombard the area, even after the arranged ceasefire last year between the Assad regime and rebel groups. The truce was facilitated by Turkey, which supports the Syrian opposition, and Russia, the Syrian regime’s main backer. This recent attack left 8 dead, of which 6 were children, and also wounded 16 others. The shelling destroyed a water station and civil defense center, and the casualties involved a local health administrator, a volunteer for the White Helmets – a civil group which aids civilians affected by the conflict’s violence, and the aforementioned children. The attacks were followed by airstrikes from suspected Russian warplanes. Observers are troubled by the fact that violence has escalated in the preceding weeks, and violations of the ceasefire have become commonplace. Idlib in particular, as the last opposition stronghold, has been subjected to instances of Syrian regime attacks and violence. The conflict in Syria has continued despite the ceasefire, resulting in disturbing numbers of children and civilian deaths.